Women In Indian history: A Few Vignettes From Epigraphy 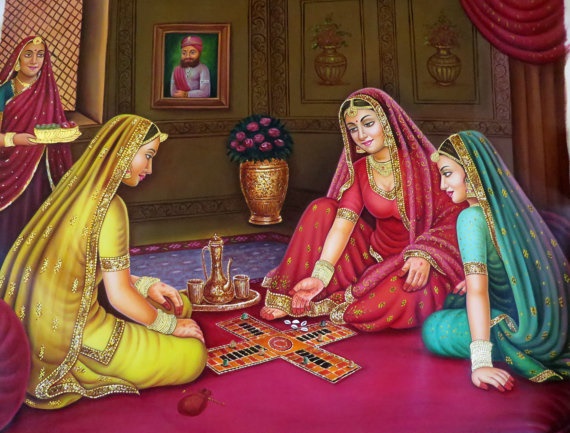 The author would like to thank Nicole Elfi for her assistance in researching and compiling the inscriptions mentioned in this article.

Indian civilization and culture, many-faceted and infinitely involved by nature, lend themselves to the most contrary interpretations, which more often than not reflect the scholar’s predetermined interpretive model, bias, ideology, or sometimes personal insecurities. Whatever the motive, a frequent result has been the creation of entrenched stereotypes. A case in point is the treatment of woman.

A case in point is the treatment of woman in ancient India; nothing is easier than to quote from smritis, find a few references praising sati, and portray the “repressed Hindu woman” in a manner that will arouse indignation in our era of human rights. But one can just as well find injunctions against sati, or quote from Varahamihira’s chapter on “the praise of women” in which he asks, “What great fault is there in women that has not been already committed by men? Men have outstripped women in impudence. Women are indeed superior to men in respect of merits. … Being uniquely pure, women are never defiled.”

It is even easier to select a few passages from then Epics that exalt the qualities and powers of woman and construct an ideal for her to follow. Ignoring the enormous formative impact of those texts on the Indian mind, uncompromising critics of ancient Indian society are fond of arguing that being “mythological,” they have little, if anything, to do with ground realities.

If, then, we wish to study those “ground realities,” one of the most reliable sources will be epigraphy. Presented here are a few examples of what inscriptions tell us on the status of women. The subtitle makes it clear that I do not attempt to construct an elaborate model; I am content with a few highlights as a starting point.

In inscriptions, kings often boast of their generous gifts to this or that section of society; but women often also appear as givers. In fact, that is their most visible role in the epigraphic record. The oldest such inscription is on one of Ashoka’s pillar edicts; his second queen, Charuvaki, is on record for offering mango groves, gardens and almshouses for the destitute. In the first century BCE, an inscription in the Kanheri caves, not far from Mumbai, describes a Satavahana queen as making the “pious gift” of a water cistern. Quite practical offerings as we can see, with the common welfare in mind.

In the South, they tend to be more for religious purposes. Many stone inscriptions of Chola and Pandya times list names of women donating gold or money for the installation of perpetual lamps in temples. Others are on record for the creation of endowments for charitable purposes. The chief queen of Vijayanagara emperor Achyuta Raya, Varada Devi, also known as Varadambika, gifted six villages to Tirumala’s Srî Venkatesvara temple, among other offerings. And when she accompanied the emperor on his visit to the Varadarajaswami temple of Kanchipuram, they both offered their own weight in pearls!

Queens are not the only ones to give; the generosity of women from ordinary classes of the society is also recorded–rarely, of course, as inscriptions were largely a royal activity, but that makes such records all the more notable and instructive. Thus we have, from Ramnagar (in U. P.), a statue of a Jina dated 10 Saka Era (AD 88) with, incised on its pedestal, a remarkable epigraph noting that the image was offered by ten women of the carpenter community. Historian Kirit Shah, commenting on this inscription, feels that those women were probably not mere wives of carpenters, but carpenters themselves. In any case, the women are all named, and the few identifications given appear to relate some of their mothers – their husbands’ names figure nowhere in the text. Moreover, the rules of iconography were broken to make a bas-relief of the ten women beneath the throne appear more prominent than a row of ten men, probably their husbands.

At Sanchi and Bharhut, inscriptions of first century AD record women making offerings by their names alone, without any reference to a husband, a father or a mother. That, again, is the exception rather than the rule, but it confirms that a woman was not a mere adjunct to be defined by her father or her husband.

One eloquent clue to woman’s status is that a queen could become the actual ruler. That is fairly well known in the medieval era, but was also true of more ancient times. Thus in the fourth century AD, Prabhavatigupta, daughter of emperor Chandragupta II, is on record for ruling the Vakataka kingdom for thirteen years on behalf of her young son. Three centuries later, princess Vijayabhattarika acted as provincial governor under Vikramaditya I of the Chalukya dynasty.

In Gujarat, queen Naikidevi also acted as a regent on behalf of her young son. When, in 1178, Mohammad Ghuri attacked her kingdom, inscriptions record how she boldly took her son in her lap and led the Chalukya army against the Muslim invaders, defeating it near the foot of Mount Abu. In effect, Naikidevi initiated a tradition of heroic queens which was to include Rani Durgavati, Rani Avantibai, and Rani Lakshmibai.

Woman as Poet and Instructor

Sanskrit inscriptions of Tamil Nadu, particularly in the times of the Pallavas, the Pandyas and the Cholas, frequently mention women in various roles. In the estimate of historian and epigraphist Chithra Madhavan, royal ladies “are seen actively participating in the sphere of religion and culture. … It can be seen that many of them were extremely well-versed in the fine arts and also enjoyed an exalted position in their respective kingdoms as elsewhere in south India at that time.”

We just met Vijayanagara emperor Achyuta Raya and his chief wife; it appears that his second wife, Tirumala Devi (or Tirumalamba) was a gifted poetess who composed in Sanskrit a champu-kavya (an epic mixing prose and poetry); many of her verses on the emperor were engraved in temples, for instance at Srirangam or Kanchipuram.

In the Gupta era, there is evidence that a woman could be a teacher; as historian U. N. Ghoshal puts it, “Girls of high families, as also those living in hermitages, read works on ancient history and legend, and were educated sufficiently to understand and even compose verses. … The Amarakosa, a work of the Gupta Age, refers to words meaning female teachers (upadhyaya2 and upadhyayi) as well as female instructors of Vedic mantras (acharya*).”This is confirmed by inscriptions. As an example, at Margal, a village near Kolar in Karnataka, a beautiful stone sculpture depicts Savinirmadi, a woman scholar of the tenth century, in a teaching posture; above the sculpture, an inscription gives the names of her father and mother, and adds that Savinirmadi “was learned in all the shastras.” Adds historian Jyotsna Kamat, “In medieval Karnataka, examples of learned women were not rare though the details regarding mode of educating women are not forthcoming.

Woman as the Performer of Sacrifices

One of the Nanaghat (or Naneghat) Cave inscriptions, not far from Pune, dating from the first century BCE, posed a riddle to its first decipherers. It describes the Satavahana queen Nagamnika performing elaborate Vedic sacrifices: sixteen of which are recorded, including the Aghyadheya, Ashvamedha, Rajasuya, etc. Apparently, since her son is stated to be on the throne, her husband, the previous king, who receives a brief mention, had died years earlier. As eminent epigraphist S. Sankaranarayanan explains, the first editors of the inscription could not accept that a widowed queen performed such sacrifices on her own; in ancient times, both husband and wife were required for the purpose.

The editors therefore assumed that a few words were missing in the inscription. But Sankaranarayanan argues cogently that the inscription is complete, and that we have to accept its plain content. This is of great importance as it shows that Shastras and other codes were perhaps less normative than we might be tempted to think: in other words, they presented the theory, while the practice often differed.

An epigraph of AD 992, during the reign of the Western Chalukya king Ahavamalla, laid down a list of penalties for various offences; it specified that in the case of adultery, the adulterer is to be put to death, while the adulteress will have her nose amputated. The last sentence is no doubt unkind by our standards, but we should note that the utmost severity is reserved for the man, not the woman. This is consistent with various texts of law, custom or ethics, such as the Arthashastra, which spell out punishments for rape or for false promises made to a woman with a view to seducing her.

Finally, the authors of inscriptions sometimes revel in poetic depictions of the high attainments of some women. In the ninth century AD, the copper plates of Bahur (a village south of Pondicherry) tell of a Rashtrakuta princess who became Pallava king Nandivarman III’s queen; Shankha was her name, and she was “full of patience like the earth,” endowed with “intelligence, beauty, arts,” “beloved by the people like a mother”—in a word, she “shone as if she were the embodied fortune of the king.”

An inscription of Kanchipuram’s Kailashnatha temple describes another Pallava lady as “one full of loveliness, softness, grace and cleanliness, charming through genuine sweetness”; indeed, she appeared to be “a masterpiece” of the Creator, a living proof that “his skill had attained perfection at last after he had created thousands of good-looking women”!

Back to the Gupta age, an inscription of the ancient city of Mandasor (Madhya Pradesh) describes the city’s parks as full of women moving freely in large numbers or singing perpetually. Clearly, there were no restrictions on their free movement, and we would not mind seeing such displays of merriment in cities of modern India.These few samples hardly skim the surface. I am not aware of any systematic study of the depiction of Indian women in epigraphy, even though we would plainly have a lot to learn from it, and probably more to unlearn.

The article was first published in PRAGATI Quarterly Research Journal, Vol 3, Issue 110, October-November, 2009 and has been reproduced with author’s permission.

Force-fitting of evidence in the making of Indian History