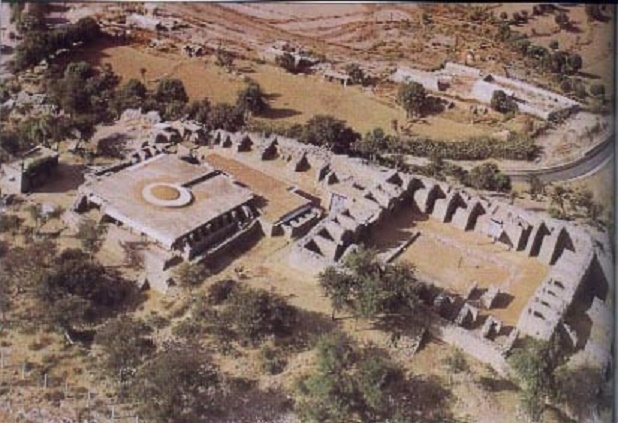 It was in 1793 CE, when Sir William Jones, President of the Asiatic Society, made a momentous discovery that would forever change the course of modern Indian history. He wrote [1]:

“The jurisprudence of the Hindus and Arabs being the field which I have chosen for my peculiar toil, you cannot expect that I should greatly enlarge your collection of historical knowledge; but I may be able to offer you some occasional tribute; and I cannot help mentioning a discovery which accident threw in my way, though my proofs must be reserved for an essay which I have destined for the fourth volume of your transactions. To fix the situation of that Palibothra (for there may have been several of the name) which was visited and described by Megasthenes, had always appeared a very difficult problem; for though it could not have been Prayaga; where no ancient metropolis ever stood, nor Canyacubja, which has no epithet at all resembling the word used by the Greeks; nor Gaur, otherwise called Lacshmanavati, which all know to be a town comparatively modern, yet we could not confidently decide that it was Pāṭaliputra, though names and most circumstances nearly correspond, because that renowned capital extended from the confluence of the Sone and the Ganges to the site of Patna, while Palibothra stood at the junction of the Ganges and Erannoboas, which the accurate M. D’Anville has pronounced to be the Yamuna; but this only difficulty was removed when I found in a classical Sanscrit book, near 2000 years old, that Hiranyabahu, or golden-armed, which the Greeks changed into Erannoboas, or the river with a lovely murmur, was in fact another name for the Sona itself; though Megasthenes, from ignorance or inattention, has named them separately. This discovery led to another of greater moment; for Chandragupta, who, from a military adventurer, became, like Sandracottus, the sovereign of Upper Hindustan, actually fixed the seat of his empire at Pataliputra, where he received ambassadors from foreign princes; and was no other than that very Sandracottus who concluded a treaty with Seleucus Nicator; so that we have solved another problem, to which we before alluded, and may in round numbers consider the twelve and three hundredth years before Christ as two certain epochs between Rama, who conquered Silan a few centuries after the flood, and Vicramaditya, who died at Ujjayini fifteen-seven years before the beginning of our era.”

This is how McCrindle, compiler of several books detailing the ancient Greek writings on India, has described this discovery [2]:

“The discovery that the Sandrokottos of the Greeks was identical with the Chandragupta who figures in the Sanskrit annals and the Sanskrit drama was one of great moment, as it was the means of connecting Greek with Sanskrit literature, and of thereby supplying for the first time a date to early Indian history, which had not a single chronological landmark of its own.”

The Predecessor of Sandrokottos

Greek classical writers Diodorus and Curtius have named Xandrames [5] or Agrammes [6] as the ruler of India before Sandrokottos, respectively. As Curtius, who uses the name Agrammes, belonged to the first century CE, and Diodorus, who uses the name Xandrames, belonged to the first century BCE, Xandrames seems to be the original name, which has been corrupted into Agrammes. Xandrames has been identified by modern historians as the last ruler of the Nanda Dynasty, but there is no phonetic similarity between the names of Nanda rulers and Xandrames.

The Successor of Sandrokottos

Greek classical writers have named Amitrochates [7] or Allitrochades [8] as the ruler of India after Sandrokottos. The names Allitrochades and Amitrochates have no similarity with Bindusāra, son and successor of Chandragupta Maurya. According to history books, Bindusara used the title Amitraghāta (“Slayer of enemies”), the phonetic equivalent of Amitrochates. There is no evidence to this effect. This is a deduction based on the identification of Sandrokottos with Chandragupta Maurya, but it is taught like there is some independent inscriptional or literary evidence to this effect. A better phonetic equivalent to Amitrochates is the Sanskrit term “Amitrochchhetā” (“Mower of enemies”), which reminds us of the term “Sarvarājochchhetā” (“Mower of all kings”) applied to Samudragupta by his successors [9].

We have the following information about the family name of Sandrokottos from the Greek classical writer Strabo [10]:

“The king in addition to his family name must adopt the surname of Palibothros, as Sandrokottus, for instance did, to whom Megasthanes was sent on an embassy.”

“The Indus runs in a parallel course along the breadth of these regions. The Indians possess partly some of the countries lying along Indus, but these belonged formerly to the Persians. Alexander took them away from the Arianoi and established in them colonies of his own. Seleukos Nikator gave them to Sandrokottus in concluding a marriage alliance, and received in exchange 500 elephants.”

Modern historians claim that Seleucus Nikator gave his daughter in marriage to Chandragupta Maurya due to his defeat in the war. This is a direct consequence of the identification of Sandrokottos with Chandragupta Maurya. There is no additional supporting evidence to this effect. In contrast, there is corroborative evidence for the marriage alliance in favour of the identification of Sandrokottos with Chandragupta I of the Imperial Gupta Dynasty. The son of Chandragupta I was Samudragupta, who was married to Dattadevī. The first part of the name “Datta” means “given”, as in given due to defeat in war. The second part Devī is simply an honourable name for a woman. Thus Dattadevī was the name given after the marriage. Samudragupta claims, in the Eran Stone Inscription [12], to have earned her using his prowess. This will make perfect sense for a marriage alliance as a result of success in war. We know that Sandrokottos had an encounter with Alexander prior to Alexander’s war with King Porus in 326 BCE. The war between Sandrokottos and Seleucus took place in circa 304 BCE. As Chandragupta would be a middle-aged man at this time and Samudragupta a young man, it is plausible that the daughter of Seleucus was married to Samudragupta.

It is well-known that Chandragupta Maurya was installed as the ruler of Magadha by his mentor Chāṇakya, who engineered a coup to depose the last Nanda ruler. Chāṇakya then played a larger than life role as the Prime Minister of Chandragupta, his son Bindusāra, and grandson Aśoka. If Chandragupta Maurya was the Sandrokottos of Greek accounts, then the absence of any mention of Chāṇakya in the Greek accounts is difficult to explain.

According to Jain sources, there was a great famine during the rule of Chandragupta Maurya [13]:

“Traditional accounts celebrate the place, as the one whereto Bhadrabahu, known as the last Sruttakevalin and preceptor or spiritual guru of Emperor Chandragupta Maurya (321-296 BC) resorted to, leading thousands of lay followers, when the country around Pāṭaliputra had fallen under severe and prolonged famine condition. As such, he advised Chandragupta Maurya to make suitable arrangements for mobilization of people, and his Jain sangha, from famine-stricken region, to a safer place.”

However, according to the Greek classical writer Diodorus, India had never experienced a famine [14]. If Sandrokottos was Chandragupta Maurya, Greek writers would have known about the severe famine and would not have written that famine had never visited India.

Greek classical writers have noted that there were 153 kings between Father Bacchus and Alexander the Great or between Dionysos and Sandrokottos [15-17]. Sethna has tabulated the list of kings, but there are only 111 kings starting from Svāyambhūva Manu, the first king in Indian lists, to Chandragupta Maurya, while there are 146 kings, starting from Svāyambhūva Manu to Chandragupta I [18]. Even though we don’t exactly know who the Greeks had in mind when they talked about Father Bacchus or Dionysos, the evidence is clearly against Chandragupta Maurya being the contemporary of Alexander.