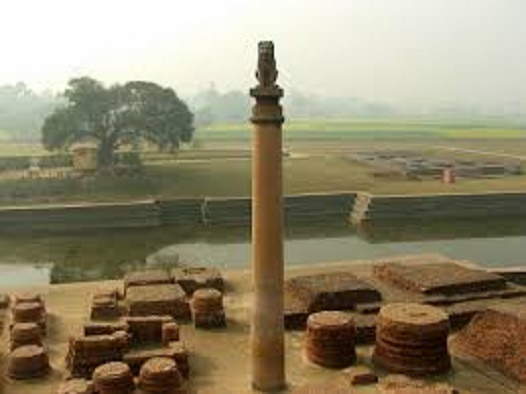 In my previous article, I provided evidence that Sandrokottos of Greek accounts should be identified with Chandragupta-I of Imperial Gupta dynasty instead of Chandragupta Maurya. However, this identification is invalidated based on the second sheet anchor of Indian history.

The second sheet anchor is the identification of Devānāmpriya Priyadarśī of major rock edicts with Aśoka Maurya, the grandson of Chandragupta Maurya. In this article, we will take a critical look at this identification.

It was Princep, who identified Devānāmpriya Priyadarśī with Aśoka Maurya in 1838. Initially, Princep identified Antiochus III the Great as the contemporary of Aśoka, as shown below [1]:

“The discovery I was myself so fortunate as to make, last year, of the alphabet of the Delhi pillar inscription, led immediately to results of hardly less consideration to the learned world. Dr. Mill regarded these inscriptions as all but certainly demonstrated relics of the classical periods of Indian literature. This slight remainder of doubt has been since removed by the identification of Piyadasi as Aśoka, which we also owe to Mr. Turnour’s successful researches; … I have now to bring to the notice of the Society another link of the same chain of discovery, which will, if I do not deceive myself, create a yet stronger degree of general interest in the labours, and of confidence in the deductions, of our antiquarian members than any that has preceded it. … But the principal fact which arrests attention in this very curious proclamation, is its allusion to Antiochus the Yona, (Sanskrit Yavana) or Greek king. … Mr. Turnour fixes the date of Aśoka’s accession in B.C. 247, or 62 years subsequent to Chandragupta, the contemporary of Seleucus. Many of his edicts are dated in the 28th year, that is in B.C. 219, or six years after Antiochus the Great had mounted the throne.”

However, in the same year, and just a month later, Princep claimed Antiochus I or II as the contemporary of Aśoka, instead of Antiochus III the Great, as follows [2]:

“In continuation of the discovery I had the pleasure of bringing to the notice of the Society at its last meeting, I am now enabled to announce that the edicts in the ancient character from Gujerat do not confine their mention of Greek sovereigns to Antiochus the ally of Aśoka, but that they contain an allusion equally authentic and distinct, to one of the Ptolemies of Egypt! … It seems therefore more rational to refer the allusion in our edict to the former period, and so far to modify the theory I have lately adopted on prima facie evidence of the treaty of Aśoka with Antiochus the Great, as to transfer it to the original treaty with one of his predecessors, the first or second of the same name, Soter or Theos, of whom the former may have the preference from his close family connection with both Ptolemy and Magas, which would readily give him the power of promising free communication between India and Egypt.”

The identification of Devānāmpriya Priyadarśī of the inscriptions with Aśoka Maurya of the Mauryan dynasty confirms that the contemporary of Alexander and Seleucus was Chandragupta Maurya, grandfather of Aśoka Maurya, and not Chandragupta I of the Imperial Gupta Dynasty. In the thirteenth rock edict of Devānāmpriya Priyadarśī, five Greek rulers are mentioned who are supposed to be his contemporaries [3]:

This is the piece of evidence on which the chronology of Indian history rests. Five Greek kings mentioned by Devānāmpriya Priyadarśī are Antiyoka, Turamaya, Antikini, Maka and Alikasudara. Their phonetic equivalents are Antiochus, Ptolemy, Antigonus, Magas, and Alexander respectively.

Although it has been known for long that there is an alternative identification possible for first sheet anchor of Indian history, no one has come up with a reasonable alternative identification for second sheet anchor of Indian history so far. An alternative explanation was given by Somayajulu, as quoted by Pandit Kota Venkatachelam. According to him, Devānāmpriya Priyadarśī was not Aśoka Maurya but Aśokāditya, which was another name of Samudragupta [4]:

“The so-called inscriptions of Aśoka do not belong to Aśoka. Most of them do not make any mention of Aśoka. If one or two mentions Aśoka they do not refer to Aśoka Vardhana of the Maurya dynasty, but they refer to Samudragupta of the Gupta dynasty who assumed the title of Aśokaditya.”

Another proposed explanation is that Antiyoka, Turamaya, Antikini, Maka and Alikasudara are not kings, but the names of regions on the frontiers of ancient India in the second millennium BCE, the time of Aśoka Maurya, according to traditional Indian chronology [5]. Apart from being unconvincing, there is a major problem with this explanation. In April 1958, a rock inscription was found at Shar-i-Kuna near Kandahar in Southern Afghanistan, which is a bilingual inscription in Greek and Aramaic. Prima facie, whoever Devānāmpriya Priyadarśī was, he had Greek subjects who were being addressed through the inscription in Greek. Since Greek colonies on the borderlands of India were formed after the invasion of India by Alexander, it implies that Devānāmpriya Priyadarśī could not have reigned before the time of Alexander. Sethna has presented a feeble explanation that the Greek part of the inscription is a much later addition to the original in Aramaic [6].

There is plenty of literary information available about Aśoka Maurya in, 1. Chronicles of Sri Lanka; 2. Aśokāvadāna as preserved in Divyāvadāna and Chinese versions; 3. Records of Chinese pilgrims; 4. Rājataraṅgiṇī of Kalhaṇa; and 5. Purāṇas [7]. The chronicles of Sri Lanka include Dipavansha and Mahavansha, while records of Chinese pilgrims include travel notes of Fa-Hien and Yuan Xang. The 14 major rock edicts of Devānāmpriya Priyadarśī are given in the “Inscriptions of Aśoka” by Hultzsch [3]. Let us now see whether the description of Aśoka Maurya from literature matches the description of Devānāmpriya Priyadarśī from inscriptions.

The Conquest of Kalinga

The conversion to Buddhism

According to literary sources, the Third Buddhist Council was held under the patronage of Aśoka Maurya, but there is no mention of it in the edicts of Devānāmpriya Priyadarśī. The absence is very glaring, as Devānāmpriya Priyadarśī describes matters of far less significance in his edicts about what he has done to promote Dharma.

Aśoka was a Jain before conversion to Buddhism (Rājataraṅgiṇī 1.101-102). Chandragupta Maurya, grandfather of Aśoka Maurya, was a Jain who had spent the latter days of his life serving the Jain saint Bhadrabahu. Aśoka’s grandson Samprati was also a Jain. So if Aśoka’s grandfather was a devout Jain and his grandson Samprati was a devout Jain, it is natural to assume that Aśoka Maurya was also born a Jain. As Jains and Buddhists are both vegetarians, Aśoka was a vegetarian before and after conversion to Buddhism. However, Devānāmpriya Priyadarśī says in his edicts that before his conversion hundreds of thousands of animals were killed daily in the royal kitchen. This is incompatible with Aśoka always being a vegetarian, first as a Jain and then as a Buddhist.

Aśoka, who is considered an apostle of non-violence, was not so tolerant, even after his conversion to Buddhism. According to Aśokavadana, once Ājīvikas made a painting showing Buddha as subordinate to the founder of the Ājīvika sect. Aśoka was enraged and he ordered all the Ājīvikas of Pundravardhana (North Bengal) to be killed. Eighteen thousand Ājīvikas lost their lives in just one day [9-10]. Devānāmpriya Priyadarśī followed non-violence after his conversion to Buddhism according to his inscriptions, and it would be out-of-character for him to have ordered the massacre of Ājīvikas.