How To write about Hindus with your Left Hand 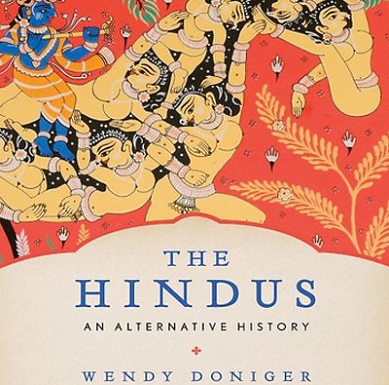 (This satirical piece was first published on the author’s blog)

Always use the word Hindu as if you really meant to write Hindoo but are too polite. Words like ‘dusk’, ‘soul’, ‘heterodox’, ‘bourgeois’, ‘traditional’, ‘Orientalist’, naturally, help. Subtitles may include the words ‘ancient’, ‘plural’, ‘civilisation’, ‘alternative’, ‘sex’. The last one is of the most vital significance. Without it, your book (article, essay) and Hinduism are doomed. Its soul will never be discovered.

Worse, no one will tweet about your book (article, essay).

Especially when you are the one selling.

The pictures you use along with the writing can never have kind, well-adjusted, pleasantly god fearing folk. They should have great matted hair. A bushy chest. A trident in the hand really helps. They can’t wear too many clothes. It spoils the image of the warrior sadhu – the monk doth protest too much is a powerful tool. Don’t treat it lightly. Or you can have a bespectacled, grouchy old man holding a grammatically incorrect banner. Looking angry.

Make them stand on the right side of the frame of your image. That explains the number of times you will be writing right-wing. If they are helpful, they can even lean a little to the right. Preferably using the trident. Or the misspelt banner.

In your text constantly refer to the vastness of Hinduism, use poly- a lot (it can be theistic, even gamy); put heterogeneousness in every other sentence but essentially treat Hindus as one slightly off-centre whole. You will use the word monolith — it means one uniform entity. That’s how you should treat Hinduism. Though you must not, ever, say so.

Always call Hinduism a ‘way of life’. Its like saying Open Sesame. Way of life is like the sari. It hides a multitude of sins. All the greedy excess and binge drinking neatly hidden behind its pleated folds. Once you declare way of life you are free to say anything.

Begin by writing that you love all gods and goddesses. The Hindus have many of these. So there are many books (articles, essays) to be written. But nowhere have you mentioned snake charmers or elephants. So your work is not about hunting down the exotic. It is scholarship. Oh sorry, you did mention an elephant god. You said his trunk is the penis. Or his penis is the trunk. One can’t be entirely sure — but there is some cock (and bull) there. It is, after all, a way of life.

[pullquote]Always use the word Hindu as if you really meant to write Hindoo but are too polite. Words like ‘dusk’, ‘soul’, ‘heterodox’, ‘bourgeois’, ‘traditional’, ‘Orientalist’, naturally, help. Subtitles may include the words ‘ancient’, ‘plural’, ‘civilisation’, ‘alternative’, ‘sex’. The last one is of the most vital significance. Without it, your book (article, essay) and Hinduism are doomed.[/pullquote]

Move quickly to sex. Too much meditation and spirituality becomes boring. Or like yoga. And why would someone read you for that? Bikram does it better. George, you know? Clooney? Him, and Madonna, and Lady Gaga — they all go there. One client for every generation.

When writing about sex and the Hindus, make sure you refer to the Naga sadhus. This really helps because, you know, the Naga sadhus are, umm, naked. So you can use the words ‘naked’, ‘matted’, ‘ash’, ‘penis’ many, many times. Especially the word ‘naked’. Most Hindus have never seen a naked mendicant in their lives, apart from maybe in some photos, but that is not the moot point at all.

You cannot write about those people, those Hindus because, umm, if you say they have not seen naked sadhus, then, obviously, you cannot write the word naked. Or penis. Everyone knows penis comes after naked. Especially the Hindus. No naked, no penis — no, that won’t do at all. From Kensington to Kentucky — everyone knows that the Hindus are always Kamasutra-ing.

[pullquote]Always call Hinduism a ‘way of life’. Its like saying Open Sesame. Way of life is like the sari. It hides a multitude of sins. All the greedy excess and binge drinking neatly hidden behind its pleated folds. Once you declare way of life you are free to say anything.[/pullquote]

That’s what Hindus do. They Kamasutra. For which you need naked. And mostly penis. Taboo subjects — Hindus quietly praying. Hindus writing philosophy. Or theology. Hindus going about their daily lives; or Hindus not beating women, not raping women, not showing penis, or breasts or vagina.

Remember that all things vertical are penises to the Hindus. Nothing can stand in Hindu-land without being cocksure. In fact, that’s a line you can use. It will be a great hit at the book reading in New York. Also — all openings, or holes, are vaginas. You must always write that the biggest, overwhelming effort of the Hindus every single day is to bring these two things together. Which two things? Penis and vagina. Don’t confuse the good reader.

One of the biggest points of your book must always be that there are no rules in Hinduism. You must profess great love for Hinduism in the beginning of the book. It could begin by talking about your mother showing you colours of India. From your mother’s cheap batik scarf to loving Hindu texts is a small distance — which your book can easily cover.

Always subtly hint that while you have read and mastered all Hindu texts, there is actually nothing called Hinduism. This must be the great consistent revelation of your book. It is also great preparation just in case someone spots your errors and takes you to court.

The more you write that you love the openness in Hinduism, the better it is for you. Because if nothing exists, and there are no rules, no facts, no realities and no texts — if there is no Hinduism — then you can write what you want. And anything you write will make you a scholar.

So in this nothing-exists-ness, you can cleverly make everything into those three vital truths about the Hindus — naked, vagina and penis.

Try never to say anything good about any Hindu god or goddess (unless you are saying something about their penis or vagina or both). That would be very right-wing. But always say that all the villians in Hindu stories were actually the good guys. Only misunderstood and misrepresented — like the National Rifle Association, or the Taliban. Never talk about the penis or vagina of the villians. Never describe them as naked. But the heroes must always be sex-crazy, lustful and raping. Only gods rape — demons don’t. That’s another great revelation you will discover during your research.Always get your book reviewed by Marxists or Communists — the more the reviewers declare their Communist roots, the better. It lends more credibility to your book. Never get your book reviewed by any practicising Hindu. That would be very right-wing.

You need a cover where many gods and goddesses and people are naked or showing their vagina or penis or doing things with their vagina or penis. Never ever have a cover showing someone meditating because everyone knows that meditation was discovered in America. And then exported to the rest of the world. As a global super brand.