What is wrong with having a national scripture? 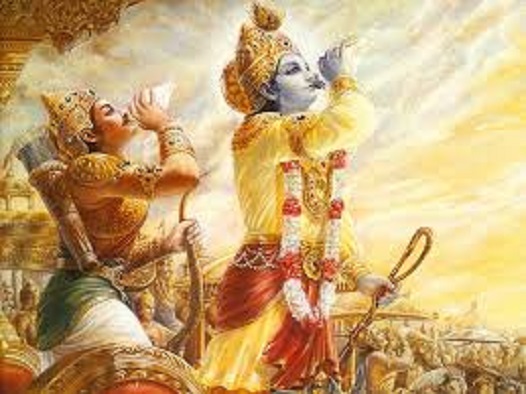 In a recent column, the scholar Jataayu argues that Sushma Swaraj’s recent call to declare the Bhagavad Gīta a national scripture is “silly and childish” and calls it a “mere empty symbolism.” His arguments are as follows:

1.The idea of an exclusive scripture is Abrahamic and against the dhārmic spirit.

2.Indian knowledge system is not limited to “sacred texts” such as the Bhagavad Gīta but encompasses texts such as the Tirukkuraḻ, Nāṭyaśāstra, Arthaśāstra, and Chāraka Saṁhita which cover other “important aspects of life.”

Jataayu is right that the idea of an exclusive scripture is not dhārmic. Hinduism doesn’t accept something as true merely because a scripture says so. Instead, it relies upon a system of pramāṇa (i.e., instruments of knowledge) to determine the truth. Inference, perception, and postulation are some of the important pramāṇa. Even in ancient times, Hinduism embraced a set of empirical toolssuch aspariśeṣa (i.e., implication by correlation) and sambhava (i.e., proto-probability) to arrive at the truth.

As evident from the narrative in the ancient Tamiḷ epic Maṇimēkhalai (canto 27), our tradition emphasizes on the need to avoid the eight pramāṇa ābhāsa (i.e., the illusory appearances of proof that could lead one to an erroneous conclusion).

Hindu traditions reflected deeply on the effects of one’s actions on othersby relying not upon scriptural testimony but upon inference. The urgings of the Hindu philosophical text Tirukkuṛaḻ that one should rely upon inference to avoid a deed that could potentially harm another testifies to this(see verses 316, 318 and the commentary of Parimēlaḷakar and the exegetical notes of the research edition published by the celebrated authority K. V. Jagannathan, pp. 188-190).

Some Hindu traditions accept the validity of śabda pramāṇa (i.e., scriptural testimony)in the context of temporal reality only when it doesn’t contradict other pramāṇa; it is mainly used as the guide to mökṣa dharma in one’s quest for self-realization.

All of these validate Jataayu’s first argument. However, his other arguments are flawed.

His distinction between Hindu “sacred” texts (he implicitly classifies the Bhagavad Gīta as one) and texts which cover other “important aspects of life” is not based on reality. Such a false distinction is the characteristic of Abrahamic religions which I criticize in my two-part essay (Part 1 and Part 2). Both vyavahārika (i.e., temporal reality) and paramārtika (i.e., ultimate reality) are considered sacred in Hinduism. All the three puruṣārta (i.e., dharma, artha, and kāma) – goals of temporal life – are considered equally sacred and that is why the process of transmitting knowledge about these goals is called āmnāta (i.e., sacred transmission).

The Tirukkuraḻ, Nāṭyaśāstra, Arthaśāstra, and Chāraka Saṁhita also focused on these same puruṣārta;so, there is no justification in distinguishing them under a separate category.Jataayu fails to argue what makes the Bhagavad Gīta sectarian. It is presumably its extolling of Kṛṣṇa that makes it sectarian. If so, Jataayu may ponder why several non-Vaiṣṇava āchārya such as the Advaita exponent Śaṇkara or the Kashmiri Śaiva exponent Abhinavagupta wrote commentaries on it (The Bhagavad Gīta Bāṣya and The Gītārtha Saṁgraha respectively). Evidently, to them, the text offered more than sectarian appeal?

He invokes the authority of Swami Ranganathananda to appeal for a distinction between “the orthodox and traditional orientation towards” the Bhagavad Gīta. He fails to explain what he means by these terms but cites the words of Ranganathananda to accuse the Hindus of having read the Gīta as a “pious act” to attain “a little peace of mind” without realizing its “intense practicality.”And if only the Hindus had realized its practicality, he argues, we wouldn’t have been colonized for a thousand years or been afflicted with poverty and caste conflicts.

If understanding the Bhagavad Gīta can help the Hindus resist invasions, end caste conflicts, and eliminate poverty as Jataayu argues then it means that the text is the ultimate magic pill for all of our problems. If so, Swaraj is entirely justified in calling for its adoption as national scripture. It is ironic that Jataayu should identify the problems of Indian society, a panacea to cure them, and yet resist the implementation of that panacea!

Why can’t we instead emulate outstanding role models like the ṛṣi Dēvala, who analyzed the after effects of Qasim’s invasion of and the widespread rape of women in Sindh with deep sensitivity and erudition in the Dēvalasmṛti?

Let me now argue for declaring the Bhagavad Gīta a national scripture.

First, as I decisively argue in my two-part essay cited above, the distinction between the secular and the religious magisteria is false. Hinduism makes no such distinction. If a text provides meaningful guidance it should be adopted and taught. The Bhagavad Gīta is not only a deeply philosophical text but also extols the virtue of karma vairāgya (i.e., doing one’s duty without always calculating the immediate reward) and svadharma (i.e., fulfilling one’s duty toward all). Such a teaching reinforces interconnectedness among all constituents of society.

The challenges of modern life compel us to dedicate immense time and energy to overcome them. A cure for cancer doesn’t appear overnight. An intelligent person often spends decades pursuing the cure. The notions of karma vairāgya and svadharma encourage and reinforce such pursuits.

Second, the essence of Kṛṣṇa’s teaching to Arjuna is that the latter transcend sentimentalism to protect dharma. The Manusmṛti 8:15 teaches that dharma protects those who protect it. Therefore, an understanding of the teaching ofKṛṣṇa increases everyone’s adaptive fitness.

These views have not only been imposed on Hindus through school curriculum (e.g. Milton’s nonsensical Paradise Lost is taught deferentially) but also in the popular media and in the writings of influential but uninformed leaders such as Mahatma Gandhi. On the other hand, most Hindus have no familiarity with Hindu texts. If the Bhagavad Gīta is declared a national scripture and taught in schools, it would provide a welcome change and enable all Indians to get rid of the harmful Abrahamic worldview.

Fourth, Christianity and Islam make their followers impervious to the teachings of dharma. An overwhelming majority of those followers would not seek dhārmic teachings on their own. However, if the Bhagavad Gīta is taught in schools, they would be exposed to the ideas of dharma from a very young age. Such an exposure would empowerthem to question the dogmatic, false, and hateful teachings enshrined in their own texts. They would notice that Kṛṣṇa appeals to Arjuna with cool reason and not with exhortations of threat. They would naturally contrast it with the odious conduct of their god which would enable them to recover from those religions and eventually embrace dharma.

Fifth, every society should take a reasonable pride in its past achievements. Such a pride is essential to attain economic, intellectual, and military might in the future. The Bhagavad Gīta, for the reasons articulated above, instills such a pride in its followers.

I would agree with Jataayu that the Bhagavad Gīta needn’t be an exclusive national scripture. India can surely declare a set of dhārmic texts national treasures. However, as I argue in my two-part essay cited earlier, Hinduism requires the ruler to be dharmapravartaka (i.e., guardian of dharma). Therefore, the government should not only abandon the false and dangerous idea of secularism but also adopt and teach dhārmic texts. Historically, Hindu rulers have played an active part in the propagation of dharma. Swaraj’s proposal is a call for reviving the traditional role of government.

I would conclude by responding to Jataayu’s warning that declaring the Bhagavad Gīta a national scripture would attract “the ire of anti-Hindus, who spew venom on the text.”So what? Who are these leftists and anti-Hindus? They are the ones who obediently recite the Lord’s Prayer at schools and never bother that the recipient of that prayer promises the destruction of non-believers. They are not bothered by the misogyny that is central to the Bible or the Quran. They turn a blind eye when evangelical charlatans hoodwink the gullible by promising faith-healing. They do not care that millions of women are veiled and subjugated. So, if declaring the Bhagavad Gīta a national scripture would invite their ire, I would say, “Bring it on!” We will order them to recite a ślöka a day. Trust me, they will obey.

Need proof? They obey the missionary diktats to remove the bindi to schools and recite the Lord’s Prayer, don’t they?