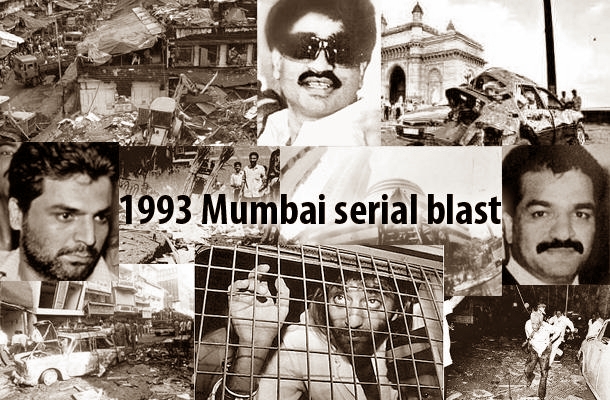 This was jointly authored by Vishvāsa, son of Vāsuki​, is a practicing Hindu, and a lover of both hard rationality and aesthetic sensitivity.

India’s leftist media portrays the executed Yakub Menon, one of the masterminds of the 1993 Islamic terror attack on Mumbai which left 257 innocents dead and over 750 seriously injured, as innocent.

He is portrayed as forgiving his executioners and judges. He was earlier falsely portrayed as schizophrenic in a desperate attempt to have his death sentence commuted. Such a portrayal has deflected attention from the guilt of Yakub Memon and his family and has instead focused it on a denunciation of the death penalty. The penalty is denounced as barbaric and India is urged to emulate certain western nations in abolishing the death penalty.

Is the death penalty really barbaric?

Let us answer this question by first examining the alternative: life-imprisonment. Leftists argue that death-penalty turns the terrorist into a martyr whereas life-imprisonment allows the guilty to feel remorse and possibly self-reform.

The martyrdom argument is disingenuous. A terrorist is transformed into a martyr only because the leftists and Islamists unscrupulously portray him as one. If such unscrupulous propaganda didn’t happen, an executed terrorist would never be seen as a martyr. He would instead be seen as an Islamic fanatic and butcher of the innocent.

It is highly improbable that an Islamic terrorist would ever express remorse for his heinous crime. Islam is a memetic virus which warps the worldview of the believer. Islamic indoctrination prevents a terrorist from empathizing with his would be victims. Their suffering and deaths do not deter him because, in his perverse view, he is fulfilling a religious duty by killing them. Islamic teachings promise rewards in the hereafter world for committing heinous acts of terror. Since a terrorist is convinced that Islamic teachings are divine he wouldn’t ever feel remorse. A terrorist serves life-imprisonment while eagerly anticipating the heavenly rewards that await a jihadi, complete with the 72 houris. It is a pleasurable vicarious indulgence. The terrorist also seeks other avenues of pleasure such as educating himself as Memon did. One can confidently assert that he also derives pleasure by fantasizing and exchanging pleasantries while occasionally meeting with his kith and kin. He is fed chicken and celebrates birthday by cutting cake. In other words, life-imprisonment rewards him with indulgences in various pleasurable activities.

Yakub Memon’s victims were unjustly denied every one of those pleasures. A teenage victim of the Mumbai terror attack suffered an agonizingly painful death. Her limbs were torn and skin was corroded. Her dreams of becoming a fighter pilot or falling in love were brutally extinguished. She would never hear the hauntingly melodious voice of Lata Mangeshkar again. A mother, whose infant died in the blasts and whose face was charred beyond recognition, would undergo torment every day of the rest of her life wondering whether it was her child that she cremated.

It is unconscionable to argue that a terrorist should enjoy various forms of pleasure while serving life-imprisonment which he cruelly denied his innocent victims. So, life-imprisonment must be rejected as an immoral advocacy. Since letting a terrorist walk away free is not an option, we are only left with death sentence as a just and reasonable option.

Does Hinduism endorse the death penalty?

We will illustrate this by invoking the example of the 12th century logician and legal authority, Vardhamāna Upādhyāya, an illustrious disciple of Vācaspati Miśra, founder of the great Bhamati school of Advaita Vedanta. Hindu lawgivers continually evaluated older dharmaśāstra and amended them as necessary. Upādhyāya’s effort is an example of this enlightened tradition. He wrote two major texts: Danḍavivēka (a text on penal code) and Danḍādvaita (a text on civil law).

The Danḍavivēka (one may refer to the 1930 critical edition by Mahāmahopādhyāya Kamalakṛsṇa Smṛtitīrtha) recommends various types of corporeal punishments, including inflicting four types of pain, 14 types of physical mutilation, and two types of death penalty. One type of death penalty prolonged the suffering of the convicted criminal and was reserved for those who commit such heinous crimes as feticide or murdering a woman. It included such punishments as riding on a stake, being burnt alive, drowning, or impalement after cutting off the limbs.

This prescription is consistent with the punishments prescribed in ancient dharmaśāstra texts for similar crimes—for example, Manusmṛti 9:276, Yājñavalkyasmṛti 2:273. Other heinous crimes such as incestuous or pedophile rape were punished with the mutilation of the penis of the guilty. It was well understood that a person is connected with the family. So, in the event of a heinous crime being committed, interrogation of family and friends was allowed.

Why did Hindu traditions mete out harsh punishments such as the death penalty or bodily mutilation for heinous crimes?

Kauṭilya says that unless the ruler suppressed criminals and actively prevented crimes, society would become unjust where only the “law of the fishes” (Maatsyanyaya, where the bigger fish eat the smaller ones) would be operative (Arthaśāstra 4:9). This is a reference to a dysfunctional society where the rights of the defenseless are trampled upon. Other ancient sages like Tiruvaḻḻuvar also echo this view (Tirukkuṛaḻ 560) in addition to endorsing the death penalty (Tirukkuṛaḻ 550). Hindu traditions recognized the importance of the criterion of reciprocity to preserve societal harmony and safeguard individual freedom. In other words, Hindu traditions made the right to live conditional upon one respecting the right of others to live. Individuals who commit heinous crimes (e.g., terrorism) subvert reciprocity and hence peace. Such persons have no right to live.

Some of the opposition to the death penalty comes from Christianity.

These verses constituted the foundation of the Christian opposition to the death penalty. Pope Francis, for example, said:

“Today capital punishment is unacceptable, however serious the condemned’s crime may have been. It is an offence to the inviolability of life and to the dignity of the human person which contradicts God’s plan for man and for society and his merciful justice, and it fails to conform to any just purpose of punishment. It does not render justice to the victims, but rather foments revenge… Justice is never reached by killing a human being.”

This Christian worldview also led to the formation of penitentiaries in the last two centuries. As the name ‘penitentiary’ indicates, Christians believed that those who commit heinous crimes, if locked up in a penitentiary, would become penitent or remorseful and self-correct.

It is unreasonable to demand that a terrorist’s victims believe that god exists and acquiesce to the insistence on entrusting retributive justice in the hands of god. There is also no evidence that incarcerating someone guilty of committing a heinous crime in a penitentiary brings out remorse.

[pullquote]The history of the persecution of Native Americans, Jews, and Hindus informs us that Christian and Muslim persecutors rarely empathize with the suffering of their victims.[/pullquote]

In fact, one could very well argue that a religious fanatic-turned-terrorist is impervious to appeals of reason because his worldview is informed by religious prejudices. The history of the persecution of Native Americans, Jews, and Hindus informs us that Christian and Muslim persecutors rarely empathize with the suffering of their victims. In spite of all of these inconsistencies, Christian prejudices ushered in the anti-death penalty movement in the West. India’s leftists feel subservient to the westerners and are eager to imitate them. So, in imitation of their western masters, they have been campaigning against the death penalty.

Another reason for the campaign against the death penalty is Muslim appeasement, which leftists have institutionalized. Even though India has executed only four individuals since 1995, leftists have been agitating against it and sympathizing with the Muslim terrorists. But the same leftists have neither sympathized with the thousands of victims of Islamic terrorism nor campaigned against the Islamic doctrines that cause it.

Hindus needn’t be informed by immoral Christian prejudices in taking a stance on the death penalty. Instead, we should formulate our views based on our own traditions, reason, and evidence. We should have the death penalty, which of course, should only be applied in the rare cases, where there is nearly absolute certainty of guilt. There have been numerous cases where a person convicted of murder and sentenced to the death row has been later acquitted based on fresh evidence.

Hinduism allowed for remorse for many a crime – but merely saying “sorry” did not count. There had to be “skin in the game” as a show of sincerity. One had to do prāyaścitta, whose severity depended on the heinousness of the crime and a person’s station in society (a person of higher class, who ought to be more responsible, has a tougher prāyaścitta). This can happen only if the person pleads guilty at some point during the trial. Otherwise, there is no point waiting for “regret” to appear while punishment is in progress. If a person does not even admit his guilt, then he ought to be mercilessly punished. Acts of terrorism would’ve counted as mahāpātaka of the kind whose prāyaścitta would involve a painful death.

Hence, it may be reasonably argued that in those cases where the terrorist is not killed in a preemptive encounter, he and his associates should be tried expeditiously and awarded the death penalty. This is especially true in cases of jihād, where there is the danger of mujāhids demanding the release of a remorseless killer in exchange for hostages. We have seen this happen numerous times in India’s past—for example, the infamous Kandahar hijacking. Death shouldn’t be painless either. A terrorist doesn’t deserve the dignity he denied his innocent victims. Torturing a terrorist to death and telecasting his cowardly screams would take the aura of invincibility away from him. It would deter many from emulating him.

Death penalty isn’t barbaric because it ensures retributive justice on behalf of the innocent victims of terrorism.

Opposition to the death penalty and the advocacy to incarcerate a terrorist for life is barbaric because it allows him to indulge in various forms of pleasure which he denied his victims. We are reminded of a placard the young protesters of Delhi held during the Nirbhaya tragedy. It read ‘fāsī dō’ (‘hang the rapists’). We are confident that the message of that placard resonated well with an overwhelming majority of Indians which wants to swiftly award the death penalty to terrorists and rapists.

It is only the leftists and their handlers who glorify terrorists and rapists especially when the case has dragged on for years and hence has faded from public memory. Hindus need not allow this unscrupulous fringe to hijack the discussion and impose Christian prejudices on Indian society.