Yoga as a prelude to Svadhyaya in sculptures 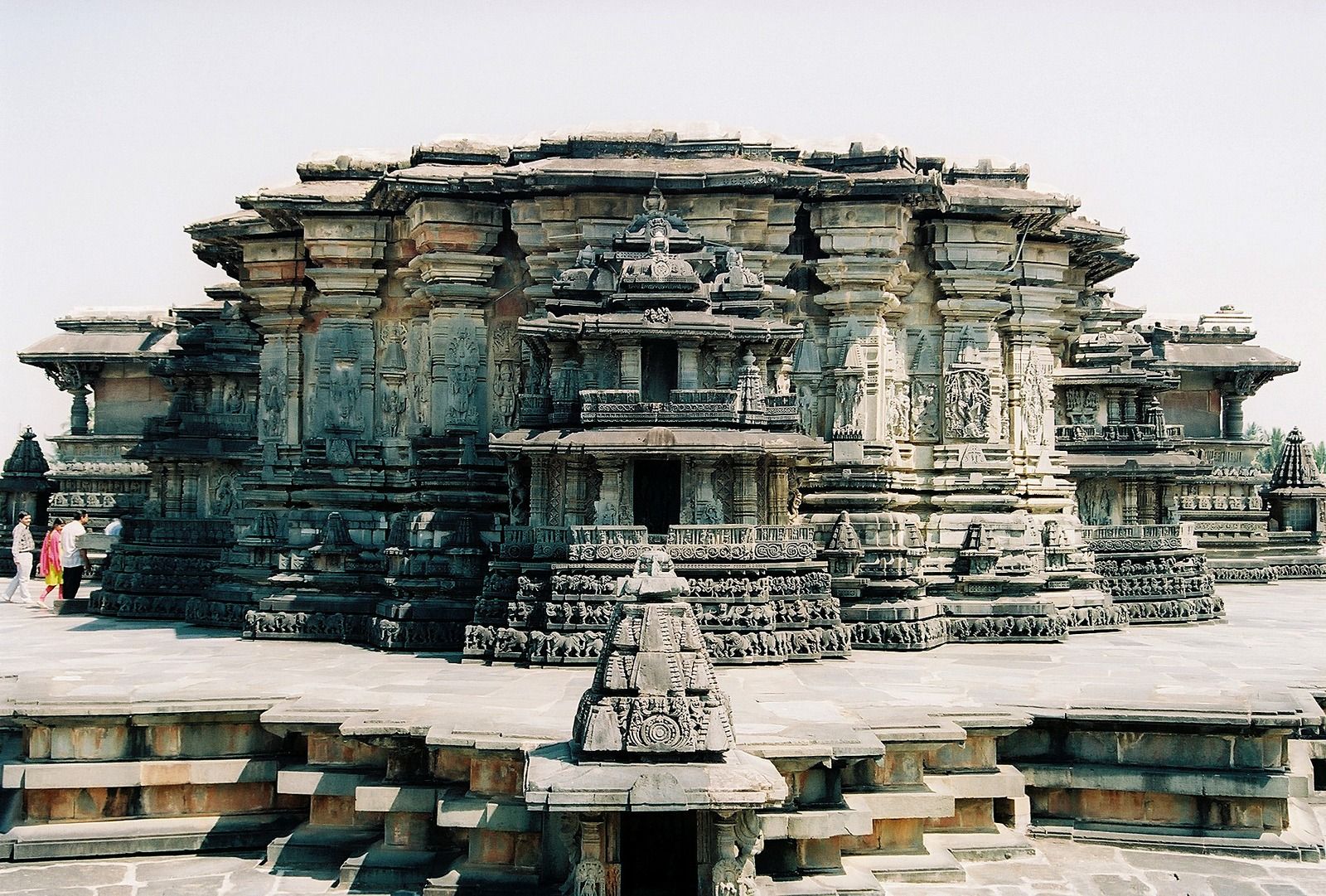 The apsara sculpture of the Belur Chennakeshava temple depicts a divyangana explaining the scriptures. The two figures of Jalasanghi and Chinchanasur at Bidar district show a woman writing a letter on a plank. The posture for writing looks quite unusual with the body twisted in a seemingly complex posture. This makes one wonder why this a simple act of writing is depicted in such a way. An analysis of the patterns reveal them as artistic depictions of hidden yogic postures, portraying a deeper message of conditioning the body and mind prior to learning or proceeding to give an expression to intellectual thoughts like reading or writing. The yogic postures depicted imply that yoga is a prelude as well as an inspiration to learning. Expanding one’s knowledge is classified by Maharshi Patanjali as svadhyaya, the third aspect under the second limb Niyama, self-discipline of ashtanga yoga of Raja yoga.

The 8 categories under ashtanga yoga are:

Attaining success in the practice of yama and niyama demands training the mind to attain a calm, undisturbed state, overcoming greed, anger, and habits that act as hurdles.  Acquiring will power through hatha yoga helps in channelizing mental activity to a focused and determined state of mind for a spiritual progress.

Raja yoga is the way of disciplining the mind that has a very important place like that of a king in the social system. According to Raja yoga, when the mind is disciplined, the whole system gets disciplined. The goal of yoga is not only becoming flexible in the body, but to unveil the layers (called koshas) around the heart. Yoga asanas and mudras help to appreciate the body, become aware of the mind that resides in the body and to make peace with the mind. Svadhyaya has two aspects. The first is the practice and second is the realization.

Let us now consider three sculptures, which illustrate  the svadhyaya aspect, since they show involvement in knowledge and not worldly pleasures.

Figure 1. From the Belur from Chennakeshava temple, Karnataka, of Hoysala period (1142 A.D). Picture from A.I.I.S. Gurgaon.

Svadhyaya depicts the study and understanding of scriptures by self-effort. Svadhyaya means self-study, contemplation on inner self, expanding the knowledge by the regular study and understanding of scriptures, assimilating the knowledge which leads to a state of mind when it enjoys the higher knowledge (beyond pleasure zone). It brings a predominance of sattva guna and communion with the tutelary deity or the force, towards which one is pre-disposed. The understanding and recitation of mantras to control the wandering mind (japa) and giving an upward movement of the spiritual energy (comparable to an evolution in the psyche/ personality) is through svadhyaya. With the repetition of mantras/knowledge, comes the realization of the intended deity and the field of knowledge. The palm leaves are held in the left hand near manipura chakra of navel region and the right hand shows the jnana mudra – the hand gesture of wisdom. She stands in a leg posture called Ayata sthana where the left foot is placed obliquely at a distance of 10 inches from the right foot that is observed at the time of first appearance or conversing with dear ones. The hair style in all three figures is the depiction of ‘vidyadhari’,where the hair is tied into a knot and decorated with ornaments to represent a lady well versed in knowledge. The dress code and ornaments reveal they belonged to the royal family as the queens of Hoysala and Chalukya dynasties hailed from wealthy families, groomed and educated in several arts.

Sculpture from Jalasanghi: Writing, the second stage of learning

The phalaka or the letter has the inscription of a tribute written to the king as it has the name of Vikramaditya (1076-1127 A.D).Right hand has the tool for writing . Regarding the postures, the body shows a twist beyond the navel as observed in jathara parivartanasana. The twist in the torso may be in sitting or standing posture rotates the spine so that the lower abdomen is in one direction and the upper body is in another direction. The twist makes the spine supple, increases the elasticity of the spine and opens the chest. The twist in the torso at navel (manipura chakra) when practiced, brings a twist in the psychological levels of awareness, from mundane to spiritual levels. The eyesight is focused up like in‘urdhvekshana’-focusing on a higher goal in the act of writing. The postures are analyzed in relation to the twist called parivartanasana, back bend of ardha chakrasana, neck bend as in akashi mudra and swastika leg posture.

The spinal and cervical (back, neck and head) is bent into a curve as in the yoga posture called ‘ardha chakrasana’ the half wheel posture. The curve of the back bend and the neck gets activated dilating the blood vessels in this part and relieves back pain. This helps to reduce heat, anxiety, restlessness and high blood pressure. The back-bend movement of neck and sacrum activate the spinal nerves, bringing a balance in sensory and motor nerves and the subtle energy channel of ‘Sushumna’ gets activated which helps in the assimilation of knowledge. It does not mean writing anything is good in this posture but the practice of these posture as yogabhyasa helps to activate learning centers and withstand hardships during learning.

The head is bent backwards, and the figures 2 and 3 show Akashi mudra. (This is the counter posture of jalandhara bandha where the neck is bent forward in the chin lock, touching the chest in deep state of meditation) The benefits of this mudra are that it influences the Vishuddhi Chakra at the throat region which is associated with the acts of communication, activates the thyroid gland and balances the Nadis. Akashi mudra with a twist of jathara parivartanasana as can be seen in the figure of Jalasanghi calms the mind and uplifts the thoughts.

The leg posture of Chinchanasur figure shows swastika posture of legs above ankles, where the right foot is kept across the left one. the usages of which are in a joyous and relaxed state. The back is bent like in ardhachakrasan, a posture when practiced regularly maintains good health of the spine and tones the shoulder and arm muscles.

The figures of Divyanganas are beyond physical beauty and decorations. They secretly mirror an advanced stage of spiritual insight and yogic subtlety. The inscriptions do not reveal any information about the theme nor are the sculptures carved according to the fantasy of the sculptor. They are sublime and reveal the knowledge the sponsorer of the temple, sthapati and the sculptors had regarding the various subjects like Natya shastra, Shilpa shastra, and yoga sutra in addition to their insights in mythological, historical, social and geological fields. The sculptures of apsaras needed to be studied to gain better insights and appreciation of our heritage.