Is Brand Tata Losing its Way? 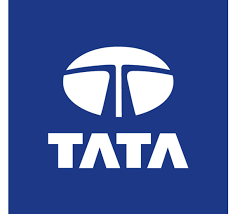 -Tata: The Evolution of a Corporate Brand, Morgen Witzel

The credit goes to both Tata and HLL for knowing and accepting the ground reality. Tata is an Indian company, HLL is not. Everyone knows this somehow, without being told explicitly.

The 26/11 Mumbai attacks targeted two hotels, Taj and Oberoi, among other places. But the attack on Taj hurt more and naturally got more coverage. Oberoi didn’t complain. Even in this case, the credit goes to both Taj and Oberoi for knowing and accepting this ground reality.

Brand Tata is by default closer to an Indian’s heart. Each brand under the Tata brand umbrella—Tata Steel, Tata Motors, Tata Tea, Tata Telecom etc—has its own distinct identity but none of these sub-brands are disconnected with brand Tata. What sub-brand says or does is reflected on the mother brand too.

However, in the recent past, brand Tataseems to be losing focus. Let me cite two examples.

The Tatas sponsor a literature festival in Mumbai known as the “Mumbai International Literary Festival”. In 2012, it was made famous by Girish Karnad when he attacked Nobel Laureate V.S. Naipaul during his speech.

2015 was the sixth year of the Mumbai International Literary Festival. This time, the entire literary event went on a tangent.

For an ostensibly literary festival, a look at some of the topics of discussion would reveal otherwise (http://tatalitlive.in/schedule/):

A friend who attended the event, shared his observations of the event:

All panel discussions were similar in one sense: All participants (and moderators) had similar leanings. So when the moderators raised opposing views, they were thrashed by the participants.

The Following is a partial list of the great authors who participated in this so called Literature Festival:

Most (if not all) of the names, are associated with some or the other controversy, scam, or abusing one or the other religion, ideology or politics. Most of these names have a record of spreading hatred among people.

“Tata’s reputation for commitment and service to the community is based on a long tradition of action. Institutions founded by Tata, like the Indian Institute of Science and the Tata Memorial Hospital have worked their way deep into the social fabric of India…These programmes and activities, and their obvious impact, create a positive feeling associated with the Tata name.”(Tata: The Evolution of a Corporate Brand).

Unfortunately Tata’s association with the so called Literature Festival doesn’t fulfill any of the above-mentioned objectives.Rather it is working contrary to the same.

As if this was not sufficient, Tata Motors is now sponsoring AIB, an acronym for “All India Bakchod.” In plain words, AIB is nothing more than an X-rated movie. As a corporate organization, Tata, which had run the “Tata Namak Desh Ka Namak” campaign will now associate itself with “All India Bakchod,” one of whose co-founders had put out tweets of the following nature:

More specifically, it is Tata Motors, which has associated itself with AIB. On the one hand having Lionel Messi doing ‘Namaste India’ and on the other, having ‘All India Bakchod’ will send contradictory messages to Indians.

President of Tata Motors passenger vehicle business unit, Mayank Pareek explained to a leading business daily the reason for having Lionel Messi. He said, “ISL (Indian Super League) has actually brought in a new audience. With Messi, we found an immediate connect as he is not just popular in Tier I but Tier II and III cities as well.”

Equally, the thinking that AIB will perhaps bring in new audience or more revenue might be the reason to sign up with them. But will Tata’s association with AIB be appreciated in Tier II and III cities? It is important to note here that even in Tier I cities, AIB has hardly any acceptability given how they had to apologize to the Christian community in February for their offensive remarks against Jesus and the Church.

It might be a good idea to revisit the thinking behind brand Tata. In an interview to www.tata.com in 2007, R Gopalakrishnan of Tata Sons, talked about the brand and the challenges of keeping it relevant in today’s business environment. He said,

“Next was the creation of ‘properties’ that would project the Tata Group as dynamic, youthful and zestful — to keep it contemporary among younger people. This included the sponsorship of sporting events (Tata Open Tennis and Tata Racing through Narain Karthikeyan) and supporting an eclectic mix of music concerts — Bob Dylan, Sharon Prabhakar, Zubin Mehta. We organised knowledge events and partnered with India Today (the India Today Conclave) and Indian Express (the India Empowered series). These were opportunistic occasions to link the Tata name with significant events.”

The Mumbai Literature Festival and AIB don’t belong to the same league as the above-mentioned events. Sometimes, the size of the audience the program will fetch confuses the advertisers. This dilemma was again beautifully explained by R Gopalakirshnan in the same interview.

“The second challenge is that brand tracking involves quantitative research and you can get carried away by the numbers. For a corporate brand, you need to be able to step back and look at them in context. Let me explain. If soap A gets a score of 4.8 and soap B gets 4.3, obviously, A is better than B. But for a corporate brand, you have to take into account the business environment. A greater deal of judgement is involved; you cannot be only numerically focused.”

“But in corporate brands, benchmarking with peers becomes almost spiritual; it’s like comparing two religions. A lot of philosophical angles come into it and make things difficult.”

It is the spiritual and philosophical angles, which are missing from the brand building process of the Tatas in these two instances.

Or is this the consequence of the shifting of brand Tata from the hands of a “Tata” to “Mistry?” Or is this the effect of the new Brand Custodian Dr.Mukund Rajan? My guess is as good as yours.

Recently Cyrus Mistry has been quoted as saying, “We are very keen to ensure that the message we send regarding the brand is appropriate not only for the past but also for the future.”

Well, if that is the objective, then the association with All India Bakchod or the events of the sort of the Mumbai Literature Festival are not serving the purpose.