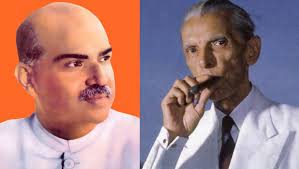 More than a century ago, Shri Gopal Krishna Gokhale, a prominent Indian leader said about the Bengalis, “What Bengal thinks today, India will think tomorrow.” Indeed, Bengal was showing the rest of India the way. In science, in literature, in patriotism, in every sphere of life, Bengal was at the forefront of India.

Post the affirmation of the British in Indian subcontinent, Bengali Hindus took the option to upgrade themselves through Western education and moved past their Muslim Counterparts in social status. But that same education system, which the British encouraged to create a class of clerks for the company, had an unintended derivative; revolutionary fervor started rising in Bengal, and many young men, mostly among the Bengali Hindus, started revolting against British.

The British felt they had to subdue Bengali Hindus and crush the rebellion which was becoming wide across the land. With active encouragement from some privileged Muslims, the British partitioned Bengal in 1905 to create a Muslim-majority ‘Eastern Bengal and Assam’ and a Hindu-majority ‘Bengal’ comprising of present day Bihar, Jharkhand and Odisha.

The Partition of Bengal triggered massive protests and Rabindranath Tagore along with others took the center stage among the protestors. The nationalists also launched Swadeshi against this draconian move.

The British were forced to annul the partition in 1911. But more were on the cards, to subdue the Bengali Hindus; the British brought in the Indian Councils Act, 1909, was passed and formed the basis of the Government of India Act, 1919, through which proportional representation along the communal lines was introduced. Muslims were awarded more seats in the Bengal Legislative Council than the Bengali Hindus. Thus, the British ensured that the united province of Bengal, or the then  Bengal Presidency, would be ruled by Muslims.

The first provincial elections held in India in the winter of 1936-1937, and  Congress emerged as the largest single party with 54 seats, however it declined to form the Government or ally with the Krishak Praja Party (which won 35 seats) founded by Abul Kasem Fazlul Huq with whom they had a pre poll alliance. Whatever might be the reason, Congress’s refusal to form the Government; had a cascading effect on the future of Bengali Hindus of the land of Bengal. Huq then secured the support of Jinnah’s Muslim League (which won 40 seats) to form a coalition government and became the Prime Minister of Bengal.

However, A. K. Fazlul Huq’s rule was blemished by reversal of communal bonhomie; which created the feeling of insecurity and enhanced mistrust among the Bengali Hindus. The mistrust reached its peak during the infamous Bengal famine of 1943, which took the lives of more than 3 million people. Huq’s government fell and the subsequent Muslim League government that acted in a highly biased manner providing relief to Muslims and ignoring the Hindus.

Syama Prasad Mookerjee and other Hindu Mahasabha leaders protested vigorously against this. After World War II, elections were held in 1946, and the Muslim League won 113 seats in the 250-member Assembly and formed the government with H. S. Suhrawardy as the Prime Minister in April 1946.

This event should never be forgotten by the Bengali Hindus, as this was the precursor of two violent anti-Hindu pogroms supported by the Suhrawardy administration. The Great Calcutta Killings of August 1946 and the Noakhali riots of October-November 1946 resulted in massacre of thousands of Hindus, loot and arson of their properties, rape and molestation of Hindu women and forcible conversion of an uncountably large number of them.

Mookerjee, nationalist to the core, who was never in favour of partition of the nation under any circumstances, got convinced that Bengali Hindus need a home land of their own; for their survival. His vision was also supported by revolutionary Upendra Nath Banerjee, peasant leader Hemanta Kumar Sarkar. Together they formed the Bengal Partition League during the end of 1946.

On 15 March 1947, in a meeting at Kolkata, Mookerjee stressed upon the necessity of a land for the existence of Bengali Hindus. His speech was fully supported by famous linguist Suniti Kumar Chattopadhyay. Dr. Meghnad Saha and eminent historians like Jadunath Sarkar, Ramesh Chandra Majumdar.

Bengali Hindu leaders like Dr. Bidhan Chandra Roy, Nirmal Chandra Chatterjee, Kshitish Chandra Neogy, Dr. Pramatha Nath Banerjee, economist Nalini Ranjan Sarkar and many others stood by Mookerjee and agreed upon with Syama Prasad Mookerjee’s view that division of Bengal is the only solution for Bengali Hindus’ survival in the land of their ancestors.

Mookerjee could also delink the movement for Partition of Bengal from the demand for Partition of India. At a public rally in Delhi on 22 April 1947, he declared that even if the Muslim League accepted the Cabinet Mission Plan that recommended a united India, a separate province needed to be constituted in the Hindu-majority areas of Bengal.

He also got support from the jurists of Calcutta High Court and nearly all the Bengali Hindu lawyers signed a petition demanding the Partition of Bengal. Hindu business people and chambers of commerce, including the legendary Ghanshyam Das Birla, also rooted for the demand. Mookerjee’s untiring efforts culminated in Bengali Hindu homeland , and on 3 June, Lord Mountbatten declared that Bengal would be partitioned.

On 20 June 1947, all legislators of the Bengal Legislative Assembly from Hindu-majority areas of the province voted for the Partition of Bengal and creation of a separate homeland for Bengali Hindus and finally, West Bengal was born.

It took nearly seven hundred years and loss of numerous lives for the Bengali Hindus to get their freedom back, albeit in a fragmented territory and for that they should be indebted to the person called Syama Prasad Mookerjee and should celebrate 20th June each year as the day of reclamation of the land of their forefathers.

Avik Sengupta is a HR professional by training. He has worked with national and international organizations of repute. A seeker of his root and a self-taught history buff, Avik wants to be a part of the journey to reclaim what is rightfully ours.