Agenda for Hindu Survival: What we can do as individuals 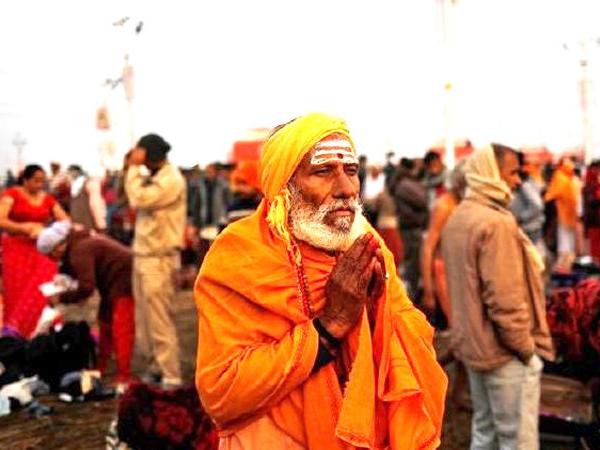 Hindu civilization is perhaps on the verge of returning back to the dark abyss of the old from which it had started regaining itself only a few decades ago when India finally gained political freedom after centuries of invasions and oppression under Islamic and British Colonial rule.

For most people of this generation, it is simply impossible to imagine the struggle, hardships, and the oppression faced by our ancestors under inimical and intolerant political regiments. Ironically, our current secular education which is nothing but whitewashing of our past has been the biggest obstacle that has prevented us from accessing our true past.

Surely, if this were not the case, then, we would be seeing the clear signs that are emerging in the social, political, and the civilizational front for what they are: a re-emergence of Islamic dominance. Consider this, our temples were destroyed then and they are being destroyed now; our women were raped then and they are being raped now; our folks were threatened, converted or made to run away then and they are undergoing the same now; And our ancestors paid Jiziya then to live as second-class citizens, and we are paying Jiziya 2.0 now in the form of minority specific government scheme’s funded by Hindu majority population. There is a sharp rise in random unceasing low-level Jihad against Hindus and the recent desecration and the destruction of Durga temple at New Delhi, the heart of India only goes to show how bolder and bolder it is getting by the day.

To this, add the issue of Christian evangelism, rapid Christianization of tribal areas, various attacks on Hindu traditions and practices by breaking India and dismantling Hinduism forces, and it will not take long before Hindu civilization would end up being dismantled and torn apart. Unless the civilizational threat to our Hindu civilization is recognized and proper counter-measures are taken.

I am often asked, what can individual Hindus do about it? All of us have our jobs, our business, and our families to look after and we have neither unity, nor wealth, nor do we have muscle or political power to do anything is the concern that many people raise.

While it is true that as individuals our means may be limited, and it is also true that it is the responsibility of the government to address these burning issues, which unfortunately the current government despite coming to power on a Hindu mandate is not doing and is instead announcing appeasement policies in the name of ‘Sabka Vishwas’!

However, just as it is true ‘Yatha Raja, Tatha Praja’, in a democracy the reverse is equally true: ‘Yatha Praja, Tatha Raja’ and thus, it becomes our responsibility as individual inheritors of this great Hindu civilization to take actions, at our levels, to ensure our survival and flourishing.

The first step before making any effort lies in properly identifying the challenges that we are facing, which I would like to call ‘Identifying the Kauravas’.

The Hindu framework for understanding life and society is through the categories of Dharma and Adharma. And in the Mahabharata, we find an illuminating illustration of different ways in which the adharmic forces manifest.

We can see all these manifestations of Adharma today in our society. There are a number of inimical forces like Islamism and evangelism trying to break India and dismantle Hinduism. There is a deep nexus of the media, NGOs, bureaucracy, etc. working as active collaborators of these inimical and adharmic forces. Then, there are many unwilling collaborators, who are blackmailed into cooperating using force, fraud, and other means. Finally, we have the naïve majority that lives in dhimmitude and believes and propagate memes like Sarvadharma Samabhava and ends up as passive collaborators of Adharma.

In short, ‘doing nothing’ is no longer an option. Doing-nothing implies being passive collaborators of forces inimical to Hindu civilization.

The Three P’s for Hindu Survival

The Three P’s are: Preserve, Protect, and Promote.

Preserving Hindu civilization implies preserving and enriching our knowledge systems, traditions, institutions, and practices. It involves a deeper commitment, investment, and immersion in a particular aspect of our knowledge traditions: be it Veda-adhyayana, music, dance, theatre, our religious traditions, temple practices, festivals, Katha tradition, language, to name a few. We as individuals can take up any of the aspects of our Hindu civilization and immerse ourselves completely in it in a mode of Sadhana, such that we become true inheritors of those knowledge-forms and we can then preserve, cherish, and pass-it-on to the future generation. Preservation of our civilization is perhaps the most fundamental element among the three, for without it we would lose our identity and self-hood. We would simply cease to exist as who we are.

Protecting Hindu civilization implies protecting all our traditions and practices from internal as well as external attacks. It involves the protection of our self-hood and prevention of distortion of our beliefs, knowledge, and practices. Attacks are happening at multiple levels: Physical, Social, Psychological, Intellectual, and Legal. We need to invest our time and resources to evolve responses and strategies to counter these attacks.

Promoting Hindu civilization implies promoting our knowledge, practices, and values to the external world. It is vital for us to involve in such promotion that provides access to authentic knowledge and practices for the good of humanity and at the same time ensure that dilution and digestion of those knowledge practices are prevented.

What Hindus can do as Individuals

While all the three P’s are vital for the survival, success, and flourishing of Hindu civilization, each person must choose for himself/herself based on his/her own temperament, inclination, competency, and resource availability about one or at best two P’s as their area of work. Not everybody can do everything. However, what is important is to have this comprehensive 360-degree vision even while working on only a smaller component, for the absence of such comprehensive vision could be disastrous.

For example, Indien Institut in Munich has organized a program on Bharatanatyam themed “Dancing body Dancing soul – Der tanzende Jesuit by Fr. Saju George” on 4th July 2019. Though purporting as a program of Bharatanatyam, what it is actually promoting is Christianization of Hindu sacred dance form. And the event flyer clearly notes that the event is being supported by Consulate General of India, Munich. So, in the name of preserving and promoting Indian culture and art forms, the Indian government has ended up being active collaborators of Adharmic forces by promoting Christian digestion of the Hindu art-form, which would ultimately lead to the dismantling of that Hindu art. Fortunately the event was cancelled at the last minute after protest on Social Media.

Thus, it is important for each Hindu individual while working and contributing to Hindu civilization in their area of work, they must never lose sight of the larger civilizational conflict. A person involved in preservation must be aware and vigilant about challenges involved in the protection and promotion of Hindu civilization. Likewise, a person involved in the protection of Hindu practices, must be rooted in those practices. Otherwise, we may end up dismantling our own practices in the name of ‘protecting’ them! (Example: the reformist tendency to dismantle Hindu practices in the name of reform. Distortion of Hindu wedding rituals is a good example.) Those involved in promotion must be ever vigilant so that our knowledge systems are not diluted and digested or commercialized to such a degree that the practice becomes unrecognizable.

With such caution and awareness, Hindus can do a wide array of things for the preservation, protection, and promotion of Hindu civilization. Here are some practical suggestions:

On the protection front:

On the promotion front

These are merely some of the suggestions that Hindus can implement as individuals. Not everyone can do everything. Every Hindu individual must choose what he/she is inclined to and he/she has competency for. While some may be more inclined to take up intellectual activities, others may be more of a devotion-bent; while some are good at organizing people, some others may be good at combat. We need a collective effort and such an effort if done broadly in the direction of three P’s, then it is definitely possible to not only ensure the survival of Hindu civilization but also its re-blossoming.

While preservation is a long-term agenda and a continuous process that cannot be ignored, what is immediate and a matter of our survival is the protection of our civilization by countering and nullifying the challenges being posed by inimical forces of Adharma. For this, there is no other way than organizing ourselves and preparing to fight the battle at the physical, intellectual, political and social level.

Denying the existence of the civilizational conflict is no longer a choice unless our goal is to vanish into oblivion. It is time to wake up and recognize the elephant in the room and take proper timely corrective action to address it.

The author would like to thank Sahana Singh for her inputs.