Amnesty India: Hypocrisy And Tyranny Of The Unelected 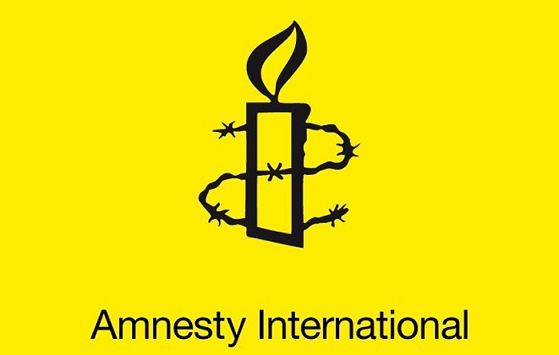 In season four, episode 11 of Boston Legal, the brilliant but quirky lawyer Jerry Espenson makes this opening statement arguing on behalf of a woman suing a law firm that encouraged her husband for seeking divorce: “I still remember the first time I saw “To Kill a Mockingbird,” watching Gregory Peck as Atticus Finch. I thought, “Wow, to be a lawyer! What a noble thing!” How far we’ve slid! But, this! I realize, Your Honor, we’re hardly a moral society anymore. So, what’s the big deal about a few distasteful attorney ads? Well, a lot. What does it say when the officers of our court—the players in our justice system—overtly embrace sleaziness? I realize we can’t all be noble, but what’s truly sad is that integrity, dignity—they aren’t even goals we aspire to, anymore!”

Watching Amnesty International India, an organization that proclaims to be campaigning for a world where human rights are enjoyed by all, and helping Kashmiri extremists organize nation-wide programs to whip up anti-India sentiments, I too reflected just how far the so-called NGOs have traveled since those days when they were considered the last refuge of the oppressed, downtrodden, and the helpless.

Unlike Amnesty International, I make no claim of impartiality or objectivity. However, what a lot of liberals conveniently forget is that you can support one side of the argument, and yet maintain a sense of fair play. So, let me make a common Indian man’s case against Amnesty International.

Like Sreemoy Talukdar did in his excellent article in Firstpost on this issue, let me concede right away that our sedition laws rarely work , and they often only help those charged of sedition by projecting them as underdogs. To that extent, the Karnataka government headed by the Congress Party might have actually done a favour to Amnesty International by charging it with sedition.

There is no separating individuals from institutions, and of all the alarm bells that go off in the mind of an ordinary Indian about Amnesty International, perhaps none rings louder than its choice of head for their India operations. Aakar Patel, the Executive Director of Amnesty International, India, is an arrogant, know-it-all, anti-Hindu bigot, who openly labels Hinduism as ‘poison’, and demands a forcible tax on all of the upper caste households to pay compensation to Dalits and tribals. Choosing him to head the India operations was a deliberately provocative move and a gauntlet thrown down by this international “human rights” agency. There is quite a lot of Mr. Patel’s vitriol available online, but allow me to quote only one example to help you understand the true nature of his advocacy.

In this article in scroll.in, Patel made a ludicrous claim that most terror acts in India are committed by Hindus. This claim is based on his lunatic insistence of categorizing Maoists as Hindu terrorists – the same Maoists who espouse an ideology that specifically insists on the abolition of religion! How can these violent atheists be labeled Hindus? This logical absurdity has since been debunked by Rupa Subramanya in The Open Magazine.

This is what Aakar Patel’s confusing stand on terrorism boils down to: when he can link Hindus with terrorism, even if such a connection is remote or illogical, then terrorism is bad and should be condemned. However, when terrorism can be linked to adherents of other religions, he will examine human rights violations by the armed forces battling those terrorists. In a recent column in LiveMint, Aakar Patel had this to say about Hindus, who constitute the majority in India: “The stubbornness of Hindus in not changing their behavior is a fact. It is no good expecting them to reform. If you do not know what I am talking about and do not feel the same way, there is no point in my wasting time laying out the case.” Hardly the language of reason you would expect from the senior functionary of a human rights organization operating from New Delhi! Expecting the Indian populace or its representatives to engage with a anti-Hindu bigot is like expecting Israel to accept a Neo-Nazi to head the Israeli office of Amnesty International!

Leaving aside the bigotry of Aakar Patel, there are several other logical fallacies and inconsistencies in the stand that Amnesty International takes on human rights issues. Amnesty International failed to condemn outright the US Army’s invasion of Pakistan’s sovereign territory to assassinate Osama bin Laden. However, it had no compunction in protesting the execution of Afzal Guru or Yakub Memon by the Indian Government. Unlike Osama bin Laden, who was killed in a military raid, these terrorists were afforded every right of self-defense. Amensty’s stand on the assassination of Osama bin Laden stands in direct contrast to its shrill and provocative complaints about execution of known terrorists in India who had their day in court. This is either cowardice or simple, good old White, supremacist bigotry.

Too often, organizations like Amnesty International make the anti-death penalty argument as one against the “state taking life”, whereas for the anti-death penalty argument to have any legitimacy at all, it needs to be one against “anyone taking a life, the state included”. “This morning, the Indian government essentially killed a man in cold blood to show that killing is wrong,” said Aakar Patel, when Yakub Memon was hanged. I searched hard to find out what his statement was on the morning in 1993 when 257 people were reduced to charred flesh by Yakub’s bombs. Well, we don’t know what he was doing in 1993, but perhaps he was busy calculating how Hindus were responsible for the Mumbai bomb blasts. Incidentally, for someone who has been foisted on India by Amnesty International, his biographical sketch on the Amnesty International website is sparing in detail.

When you read Amnesty International’s record, one often gets a feeling that either it is run by people who do not understand the term priority, or it is agenda driven. That is the reason it finds the money to plaster anti-India posters in Germany, but fails to make a tepid effort at building opposition to Muslim fundamentalism and violence in India.

This brings me to my last and biggest source of concern about Amnesty International. Stripped of its exotic Angrezi, and its human rights claims, organizations like Amnesty International are essentially tools for what one politician last year referred to as the “tyranny of the unelected”. For all its talk about democracy and equality, when it comes to organizations like Amnesty International they will let their India head to go on record saying, “I concluded long ago that educated, upper-class Indians are lacking in sensitivity, lacking in understanding, and are generally so bigoted as to be beyond reform.” Beyond reform is an interesting term to be used by the head of an advocacy group that advises rehabilitation, instead of death, even to hardened gang lords, mass murderers and child rapists.

A couple of centuries ago, the British, even though repulsed by the “unwashed millions” in India, systematically occupied the country. Amnesty International’s effort to protest the so-called human rights violations in India, while its officials make no effort to conceal just how much they dislike us, reeks of a similar imperialist agenda. Amnesty International’s problem is not the NDA government at the Centre. Its problem is the hundreds of millions of Indians like us, who for reasons completely alien to the Aakar Patels of the world, insist that our country will be governed by us and by the modalities we have set in place.

Amnesty International India, a non-government organization has the privilege to disagree with a duly elected democratic government. However, when their battle for “human rights” descends into a propaganda war on our country, we need to draw a line.

The Shocking History of Amnesty International