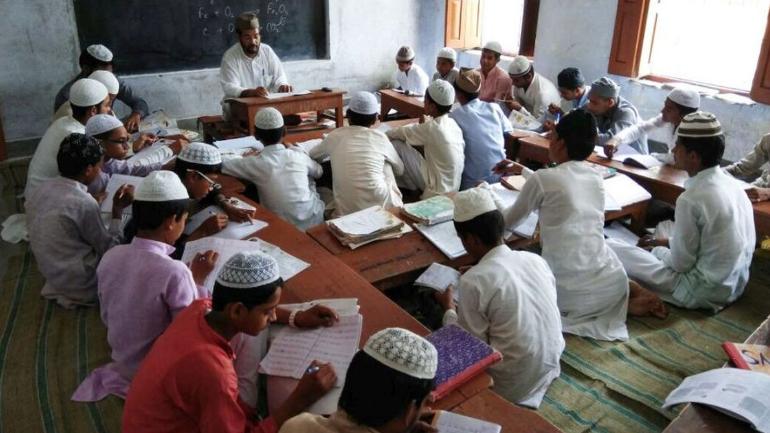 At very outset I must apologise to you for questioning your patently illegal and unconstitutional decision to award 5 crore scholarships exclusively to Muslim students (and ZERO scholarships to poorest Hindus) which violates the Right to Equality of millions of the poorest Hindu students This blatant discrimination by your honour against the majority community is a deliberate act of gross violation of Article 15(1) of the Constitution which stipulates, “The state shall not discriminate against any citizen on grounds only of religion, race, caste, sex, place of birth or any of them”.

Additionally this discriminatory diktat also violates the solemn Oath of Office administered to you by the Hon’ble President at the time of your appointment as a Cabinet Minister. The said Oath reads as follows:

I, (name), do swear in the name of God (or, solemnly affirm) that I will bear true faith and allegiance to the Constitution of India as by law established, that I will uphold the sovereignty and integrity of India, that I will faithfully and conscientiously discharge my duties as a Minister for the Union and that I will do right to all manner of people in accordance with the Constitution and the law, without fear or favour, affection or ill-will.

Prima facie your decision to shower crores of scholarships only on Muslims and other minorities is motivated by desire to favour your co-religionists. It also smacks of utterly disdainful attitude towards the poorest Hindus. The said scheme shows ‘affection’ for Muslims and ill-will towards Hindus.

I am indeed surprised that you are not aware of the fact that the Indian Muslims are decidedly ahead of Hindus in most human development indicators. For decades an unsubstantiated narrative has been propagated by votebank- besotted politicians that economically the Indian Muslims are more disadvantaged than the Hindus. This falsehood was unabashedly used by the powerful pro-votebank lobby embedded in the UPA government to bestow substantial unmerited benefits and concessions, including crores of scholarships plus cheap educational and entrepreneurial loans showered exclusively on Muslims and four other minorities, namely the Christians, the Sikhs, the Buddhists and the Parsis. The only ‘apartheid group’ deliberately excluded by the UPA government and you from millions of scholarships and several lakh crore worth cheap loans happen to be the unwashed daughters and sons of nearly 34 crore Hindus living below the poverty line – mostly in terminally ill and famished rural areas.

It is difficult to believe, Sir, that you are unaware of the startling facts disclosed by Shri Salman Khurshid in his Press Conference on May 29, 2012, boasting about multiple benefits showered on the Muslims and four other minorities on the basis of Justice Sachar Report. Among other things the said press conference disclosed that not one single scholarship out of the two crore freeships was given to the needy daughter or son of the poorest Hindus. Nor were any cheaper educational or entrepreneurial loans advanced to any Hindu poor, while funds worth several lakh crores were advanced to the children of the five super-favoured minorities. These extraordinary favours were granted only to Muslims and four other minorities and by design the poor Hindus were excluded. Kindly note my following legal objections to the scheme launched by you.

To sum up, a systematic and rational analysis of the comparative scores of the Hindus and the Muslims in various human development indices reveals that in the four globally recognised economic development indicators the Hindus are lagging far behind the Muslims and four other religious minorities. This truth was established a number of times by different research studies.

Even a casual examination of Sachar Report reveals a series of ugly tricks devised to trample upon the Right to Equality of the eighty percent citizens of India on the ground of religion. Even now the poorest students belonging to the majority community are being denied proportionate share in millions of scholarships and cheap loans because they happen to belong to the politically-pariahed religion called Hinduism? Unfortunately no Hindu or non-Hindu political leader has shown the guts to question this implementation by you of ‘exclusive minority development’ programme, tom-tomed as ‘inclusive growth’.

Before closing, I am citing below two prominent instances of deliberate fudging of facts by Justice Sachar in his report.

No sane man can honestly believe that Muslim women are treated so shabbily in India? Many of them, including Dr Najma Heptullah, Teesta Setalwad, Saba Naqvi, Shazia Ilmi and several score more Muslim women are participating in debates in public spaces including the Indian Parliament, the State legislatures and on television channels. How dare Justice Sachar label them as imprisoned in the walls of ghettoes? Many more instances of fudging of facts can be cited from Sachar report but I must refrain from highlighting them due to paucity of space here.

Kindly ensure justice to all poor students and ensure that there is no bias against anyone.

I hope to be excused for intruding on your valuable time by making this lengthy submission.

P.S. I am a retired officer and author of 5 books including ‘The Majority Report’ and dozens of articles.