Anders Breivik should have read the Brussels Journal 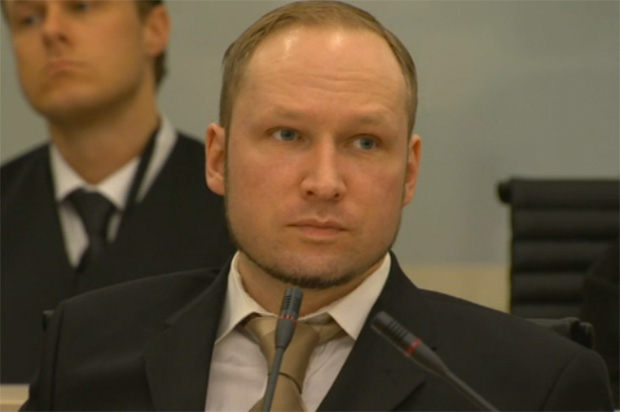 Remember Anders Breivik? The frustrated youth who went on a killing spree in Norway on 22 July 2011 because he felt that the multiculturalists continued to poison public discourse on Islam and decided to vent his anger in this fashion?

Indeed, on contents, the so-called multiculturalists have lost the Islam debate. They have never been able to make a dent in the case against Mohammed and his religion presented by Islam scholars and ex-Muslims. In the courts, they lost it again with Geert Wilders’ acquittal on charges of sowing hate against Muslims. In politics, they have had to suffer the rejection of so-called multiculturalism with its Islam-favouring policies by leading public figures including the Prime Ministers of Germany, Belgium, France and Great Britain, and the adoption of more realistic integration policies by various European countries. So, what to do?

They were at the end of their wits, but fortunately for them, Anders Breivik went into action and killed 76 fellow-countrymen, mostly young activists of Norway’s ruling Labour Party. Breivik acted from anger about an imminent Islamization of Europe and was apparently unaware of the changing tide in European (including Norwegian) policies. We will discount as silly conspiracy thinking that the so-called multiculturalists made him do it; but fact remains that they never had a better friend than the lone Norwegian terrorist. They were elated when they heard the news that not Muslims angry over Norway’s NATO involvement in military missions to Muslim countries had perpetrated the killings in Oslo on 22 July, but a native Norwegian. Though they tried not to make it too conspicuous, the euphoria simply oozed out of their background comments on Breivik’s massacre.

Breivik’s manifesto contained the reproduction in full of some articles from the Brussels Journal, a libertarian-conservative blog website. Predictably, the Belgian and some international media, which never liked the website’s consistent stand for freedom of speech in the face of Islamic attempts at muzzling it, have tried to impute responsibility for Beirvik’s hideous act to this defender of freedom of expression. But in reality, the Brussels Journal never ever carried calls to counter Islam by means of bombs or shoot-outs, whether of Muslims or non-Muslims. It carried criticism of Islam, but that is a perfectly legitimate exercise. As Karl Marx put it, criticism of religion is the start of all proper criticism. Enemies of the freedom to criticize religion are simply enemies of freedom.

As an occasional but frequent contributor to the Brussels Journal, I find my own name (along with that of numerous lucid observers, from Winston Churchill on down) mentioned a few times in Breivik’s manifesto, not in the parts written by him but in two articles from elsewhere which he reproduced. On p.140, an article by Srinandan Vyas quotes me as explaining that Hindu Kush, the name of a mountain range in Afghanistan forming the border of historic India, is Persian for “slaughter of Hindus”. Originally Hindu Koh, “Indian mountain”, it was amended to Hindu Kush because, as Moroccan traveller Ibn Battuta explained, numerous Hindu slaves on transport would die there from the cold. So the name does not refer to the mass killings of Hindus by the Muslim invaders, of which there have been many, but to another factor of the bleeding of India by Islam, viz. mass enslavement. This is a historical fact, as is the larger context of Islamic destruction in India from AD 636 onwards.

[pullquote]Indeed, on contents, the so-called multiculturalists have lost the Islam debate.[/pullquote]

On p.339, an article by Fjordman on Brussels Journal quotes me as predicting the impending implosion of Islam, then paraphrasing me as warning that before the end comes, Islam can still come to dominate Europe. Islam’s intention to take over Europe is well-documented, and like other historical facts it is not susceptible to being altered by Breivik’s irrational crime. As it happens, my thinking about the magnitude of the risk of Islam succeeding in taking over Europe has evolved, I am now less pessimistic about it than in the 1990s. But either way, it is perfectly legitimate to think about these serious matters. So no, I do not feel embarrassed in any way by seeing these observations of mine reproduced by any of Vyas’s or Fjordman’s readers. As the French saying goes, la véritéest bonne, “truth is a good thing”. It never causes harm by being known.

On the contrary, if I could turn the clock back, I would try to save Breivik’s victims by advising Breivik to read the Brussels Journal. There he would have learned that the threat is not quite as dramatic as he imagined, indeed quite manageable by normal democratic means; and that killing Muslims (let alone non-Muslims) is not the way to counter the expansion of Islam.

For example, he should have read the article “Swat and the Prospects of Islamic Conquest” by Koenraad Elst, posted on Monday, 2009-08-03 (http://www.brusselsjournal.com/node/4035). There he would have read:

“Nevertheless, the spearheads of the Islamic revolution have miscalculated and been defeated in their specific local objectives. What is wrong with Muslims that they waste such golden opportunities? (…) Meanwhile, it confirms my long-standing position that if ever we lose against the Islamic plans of conquest, it can only be due to slackness in mobilizing our brains against this not-so-talented enemy. I don’t do ‘Islamophobia’, I don’t fear an impending Islamic world conquest. Not because of the rosy dogma that the whole idea of Islamic world conquest is a farcical and fanciful invention (for there are enough Muslim leaders who have affirmed just such a vision), but because the Muslim world rarely lives up to its potential. Neither economically nor in cultural production. But not even in political and military confrontations either. Their threatening postures should not intimidate us. We are capable of outwitting them.”

“When I write that we don’t have much to fear from the Islamic aggressor, one reaction I often get is that I am overly and unduly optimistic, making light of a massive threat. (…) At any rate, I am not at all saying that Europeans should go to sleep. On the contrary, my position is that we should be alert and outwit the Islamic aggressor. In this endeavour, we may take inspiration from some of our ancestors, who faced the same problem. (…) They had at least got the basics right: the solution for the Islam problem is to liberate the Muslims from the mental prison-house of Islam.

“An example (…) was NicolaasBekenCleynaerts, better known as Nicolaus Clenardus (1495-1542). He grew up in Diest, a town in the eastern corner of Flemish Brabant, now called ‘Diestanbul’ by its fast-growing Turkish community. (…) A statue in Diest commemorates him: ‘Verbo non gladiogentes Arabas convertereadChristianamfidem nisus est’, ‘He made the effort to convert the Arabs to the Christian faith with the word, not the sword.’

“Preaching on a town square in Tunis or Fez proved to be less than effective as a method to free the Muslims from Islam. (…) So in that respect, the past does not offer us much guidance. It is our own job to find better ways of reaching out to the prisoners of Islam. If this lack of alternatives for self-reliance is a reason for pessimism, then please consider that we may not be all that important.

“Can’t you feel the impact of knowledge and its novel ways of direct availability in colleges and private homes throughout the Muslim world? The phenomenon of ex-Muslims speaking out openly and informing their stay-behind relatives is slowly but surely changing the ideological landscape of the Muslim world. The attempts by Muslims to present their religion as tolerant and pro-woman are admittedly untruthful but do nonetheless show an impact of non-Islamic values and sensibilities that is bound to increase and hollow out the attachment to Islam.(…) In the postcolonial age, de-islamization can no longer be imposed from above even if we had wanted to, but it is now growing from inside. It is up to us to find inconspicuous but effective ways of strengthening this tendency. This is an appeal to European alertness and resourcefulness.”

So there you have a radical and peaceful solution for the Islam problem. Given the findings of modern scholarship about religion, and given today’s possibilities of mass education through information and communication technology, there is no reason to let our Muslim fellow-men continue as prisoners of the deluded belief system imposed by Mohammed. We should not see them as enemies per se, even if they declare war on us, because they are only acting on beliefs instilled in them and from which they can free themselves.

[pullquote]Enemies of the freedom to criticize religion are simply enemies of freedom.[/pullquote]

In this global age, an enduring solution can no longer be territorial, such as keeping or pushing Islam out of our continent. It has to go to the root of the problem, which is the sincere devotion of otherwise good people to a divisive and hate-fomenting belief system. Policy decisions at other levels, regarding immigration or burqas or other aspects of Islam’s presence may play an auxiliary and temporary role, but the most humane and most secure approach is and remains the liberation of the Muslims from the mental prison-house of Islam.