Beef Has Hurt Freedom Far More than any Beef-Ban 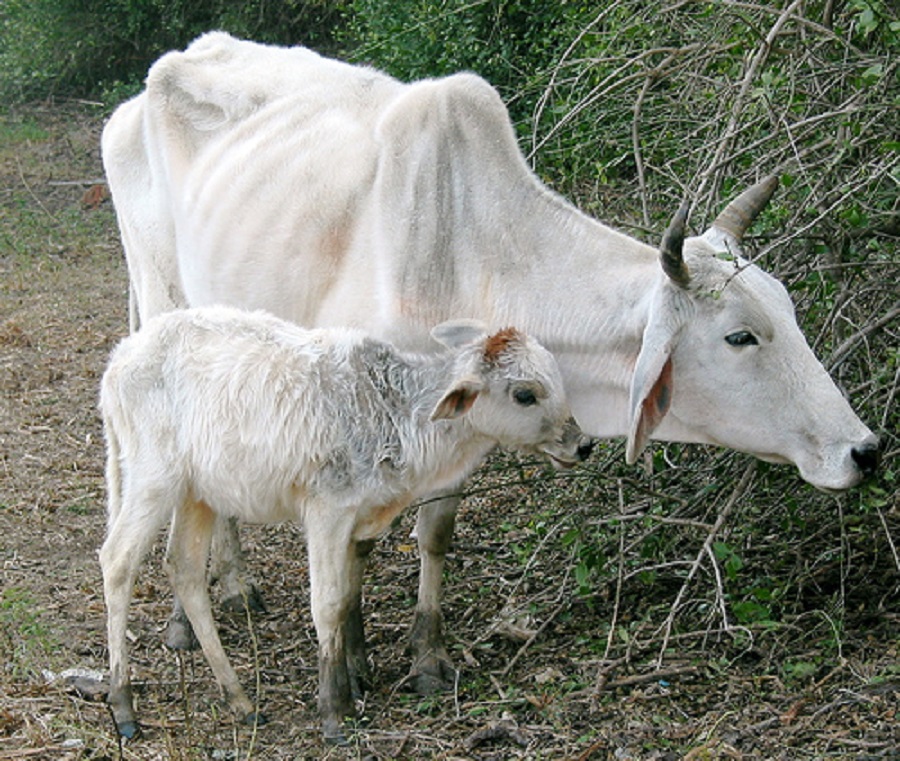 The pro-beef lobby has been incredibly oblivious to the devastating role that the demand for beef has played in human history.

The discussion about beef in most of the major Indian media outlets (and their colonial cousins in London and elsewhere) has been incredibly oblivious to the real questions surrounding the choice to kill animals in general and cattle in particular for human consumption. Typically, major English language news channels, magazines, and newspapers have presented the issue as nothing more than an infringement on the freedom of citizens to eat what they want.

This notion of infringement seems to have been doubly tweaked so as to please two ends of the beef-eating spectrum. On one end, celebrities and aspirational lifestyle figures have lectured us on how we natives (or they might have said “nativists”) are trampling like medieval despots on the modern, enlightened glitterati who would just rather eat whatever they feel like. On the other end, activists, academics, and politicians are screaming outrage at what they see as upper-caste Hindutva elites imposing their hegemony on the poor subaltern Indian’s cheap protein. Rich and poor, it seems, have been wronged here.

But underlying this terribly (and self-servingly) two-faced but one-sided debate is the real issue no one in the major media outlets has talked about. The real issue around beef is not choice, taste, diet, and nutrition, but simply violence. Protesting a ban on beef, after all, is not like protesting a ban on wearing yellow knickers or jumping up and down on the road. It cannot be caricatured as a ban on some frivolous or harmless sort of liberty.

Insisting on the right to eat beef (or meat, more generally too), is at its core really an insistence on the right to inflict suffering on a living, sentient being for the sake of our pleasure.  I know that saying this makes many of us feel judged. But it is not something that an intelligent society, a society that has worshipped intelligence and wisdom for millennia, can skip out of at this time in history.

As I discuss in my new book Rearming Hinduism, what our elders and gurus keep telling us in simple, seemingly simplistic terms about Gau-Maata represents perhaps the last line of defence before a juggernaut of violence in history that has devoured not only the cows that the Secular-Left doesn’t care about, but also the poor, the marginal, and the silent majority of human beings they profess to care so much about.

I don’t know if the poor will be deprived of their protein because of the beef ban, but the truth is that hundreds of millions of peoples’ lives have already been destroyed in the last few centuries as a consequence of beef.

1)   European Colonialism: The colonization of the world by Spain, Portugal, England, France and other European powers in the last five centuries was one of the most devastating forms of conquest in history for the simple reason that most of the world is still struggling to recover from it. How did it come to be? Was it the mere urge of riches in the Indies, or something more specific? We know that the quest for India and the spice trade was one of its major motivations. But why spices, was it only for their value? According to Jeremy Rifkin, the period before European expansion and colonialism was marked by a huge increase in meat and particularly beef-consumption in parts of Europe, and in the era before refrigeration, spices were the only way they could really disguise the smell and taste of rotting meat.

2)   The Irish Potato Famine: We know that Ireland was destroyed by the potato famine. According to Rifkin, the potato-monoculture was precipitated by the overgrazing of lands by cattle destined to be slaughtered for beef.

3)   The Native American Dispossession and Genocide: Most schoolchildren in America today are aware about the injustice done to the Native Americans by the European “settlers.” But was it only a land issue? We seldom stop to think about why, exactly, the settlers wanted so much land. The answer, once again, is beef. The early wave of conquistadors, missionaries, and settlers turned South America into a vast grazing land for their cattle. Rifkin describes how there was so much cattle walking around at one time that people used to kill and take whatever bits of meat they wanted, leaving carcasses to lie around and rot across the land. In what is now the United States, the British and US beef business had a direct interest in clearing the land of Native Americans and the native buffalo so that their own commercial cattle could be brought in. In a few short years, the “cowboys” massacred perhaps millions of these great, majestic beings, sometimes from specially scheduled trains that went out into the plains and paused wherever the great hordes of buffalo could be seen. Without their buffalo, the Native Americans too became dependent on the settlers, and lost their freedom, land, and in many cases, their lives too.

4)   Slavery and Exploitation of Workers: The beef zamindars of South America pretty much brought in a system of slave and near-slave labor to support their business. Then, when the industrial revolution came to America, it was once again the beef industry that remained at the center of some of the most inhumane and exploitative working conditions humanity had witnessed (such as the meat-packing factories we read about in Upton Sinclair’s classic The Jungle). The first big industry to use assembly line techniques with all its debilitating effects on workers was apparently the meat-packing industry centered in Chicago in the early 20th century. We don’t realize it, but in many ways beef was to America then what the oil industry has been more recently: the force which seemingly drives everything.

5)    Globalization, Fast Food and the Present: It is one of the most tragic ironies of our time that while concerned citizens in the West are desperately trying to move away from the environmentally devastating and exploitative fast food-burger culture, our idea of being good citizens in India seems to be blindly advocating for greater dependence on a truly pernicious and socially and environmentally costly form of dietary pleasure. Books like Eric Schlosser’s Fast Food Nation have shown us how the seemingly cheap burger that is consumed by so many around the world actually carries a crippling price-tag. Beef is the most energy-intensive form of meat to produce, and forests, farms, land, water are diverted just for its sake. Its impact on climate change is also said to be very worrying. And yet, here we are in India promoting the argument that somehow what has been historically one of the most politically, socially, and environmentally irresponsible choices of food is a great and noble cause.

It is my sincere hope that all those who hold the cow dear and sacred, and have resisted the callous propaganda of Macaulayite education and McDonald’s advertising, will find in these facts the conviction to refute the shallow and ignorant arguments of our day. It is important however to not ignore the concerns of the people who might be affected by a quick and sudden step like a ban, and perhaps the concerned activists and NGOs can work with them to ease them into less violent and unsafe livelihoods.

But the heart of the matter is still only this.

For several thousand years, Indian civilization held one line dear to its heart, even though it has had to concede several others. It stood stoic as people came from far and wide, from places so removed from history that they did not recognize that human beings could live without taking a single animal life for food. Today, after centuries of colonization, we have forgotten much of our own wisdom, believing in the propaganda of the less fortunate. We must therefore stop, think, and decolonize further. We must look sharply at the stories we are being told about diet, nutrition, evolution, animals, and life itself, and learn to critique them accurately and effectively.

We may not be able to dictate vast changes in heart or policy immediately, but we must learn to view things as they are, and not what a deluded imperial propaganda system has told us for several centuries now, first as pseudo-religion, and then as pseudo-science.

In the end, if your heart seems to tell you that a cow’s eyes are looking at you as a mother would at a child, or indeed as the Mother of the Universe would at all of us, remember that this is no sentimental superstition, but a deep truth the universe has preserved somehow in you. Believe it, know it, and speak it.

Jeremy Rifkin (1993). Beyond Beef: The Rise and Fall of the Cattle Culture. New York: Plume.