Did BJP miss a beat in Chakrata? An alternate view of incident 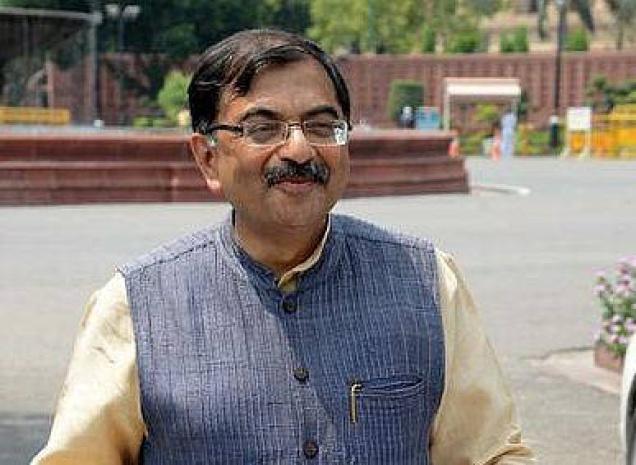 On May 20, 2016, Outgoing BJP Rajya Sabha MP Tarun Vijay was pelted with stones while coming out of the Silgur Devta temple, in Uttarakhand’s Chakrata region. According to media reports, Tarun Vijay, along with local Dalit activist Daulat Kunwar, and members of Dalit community had entered the temple in defiance of centuries-old tradition that prohibits the entry of Dalits into more than three hundred temples in Jaunsar-Bhabar region in Chakrata Tehsil. Alok Bhatt, our columnist from Uttarakhand, presents an alternate view of the incident and argues that the mainstream media narrative is incorrect.

Uttarakhand’s dream run with newsy fueled outrage, aided and abetted by ill-informed tweeps fed on half-baked coverage, is far from getting over.  The latest in the series is the issue of attack on Tarun Vijay and how it was used to portray him as the messiah of Dalits in the state.

First things first, there is no ban on entry of Dalits into any of the temples present in the state. As an ever evolving religion that Hinduism is, it has been continuously working towards eradicating discriminatory traditions that ails this faith. Temple committees of Chakrata— the region where Tarun Vijay was reportedly attacked— are no different and have opened the temple gates to people of all castes.

Before going into the particular case of attack on Tarun Vijay, it is important to go into the background of the whole issue. Chakrata— where Vijay was attacked is a Tehsil in Dehradun district—is used interchangeably for the larger tribal region of Jaunsar-Bawar, named after its two predominant tribes.

Jaunsar-Bawar region is home to an indigenous civilization that flourished in the Yamuna valley with Rupin, Supin, Tons, and Yamuna flowing through it. The residents claim themselves as the direct descendants of the Pandavas (Jaunsaris) and Kauravas (Bawaris) clan of Mahabharata. Both the tribes religiously guard their cultures and belief systems; so much so that even the British failed to regulate them.

The presiding deity of the entire region is “Mahasu Devta” – whose quadruple form represents the four brothers- Botha, Pavasi, Vasik and Chalda. In addition to Mahasu Devta, other deities of the region are Shilgur, Vijut, Parshuram, Kali, Kukurshi, Shitkulia and their temples are spread across the region. But Mahasu Devta, as the presiding deity, remains the most prominent and exercises arbiter rights over the residents of the region. Just as the case across tribal societies, the norms and rules of religious practices are stringent and any interference is not taken lightly in Chakrata region as well.

In the past, women and Dalits were barred from entering the region’s temples. But, with time, this was changed and the temple committees opened the gates for everyone. Thus, currently, there exists no ban on the entry of Dalits into any of temples present in the region, though some Dalits still hesitate to enter them due to their own beliefs.

Now, coming to the particular issue of attack on Tarun Vijay, it is important to look into the role played by Daulat Kunwar- a BSP politician and the convener of ‘Aradhana Gramin Vikas Kendra Samiti’ in the whole issue.

Kunwar, on the pretext of fighting for the Dalit rights has been spearheading a political campaign titled ‘Jaunsar Bawar Parivartan Yatra’ for months now. He came into limelight in September 2015 when his move to force his entry into the Lord Kukurshi temple at Gabela was opposed by local Dalits of the village itself. Noteworthy is the fact that 60% of Gabela’s total population comprises of Dalits and Ghengu Ram- the ex sarpanch of the village and a Dalit, blamed Kunwar for politicizing the issue. Since September 2015, Kunwar has been in the news every other month. Recently, he cited the case of a newly-wed policeman being denied entry into the temple after his baraat found the temple doors locked- a claim that remains unverified.

The present issue is related to the newly opened Silgur Devta temple at a village called Pokhri in Chakrata. As per local newspapers, Kunwar along with Tarun Vijay participated in the ceremony organized to mark the installation of the idol at the temple. The claim by Vijay himself of having attended the ceremony confirms the fact that there is no ban on the entry of Dalits into temple.

As per the eyewitness accounts, the crowd erupted after one man accompanying Kunwar’s group insisted on playing Dhol-Damau (traditional Pahari instrument) as soon as his group started carrying the palanquin of the deity. The locals objected, saying that instruments can only be played in the honor of the deity and not for any leader. However, as drummers started playing the instruments at their insistence, that same man flashed V sign. Enraged at this, locals became violent and erupted.

While the police investigations will reveal the complete details behind the attack, it is not difficult to conclude that the attack- though completely unjustified- was more a result of provocation by the Kunwar’s aide than any caste considerations. The sense of enmity that the locals have against Kunwar since the Gabela incident further added to the provocation. Chakrata locals perceive Kunwar as a person, who is trying to gain political mileage out of an issue that doesn’t exist anymore.

Another notable fact is that the state’s Home Minister, Pritam Singh, who also hails from the region, has maintained a studious silence through the entire episode. His role behind propping up Kunwar can’t be ruled out. Munna Singh Chauhan- Singh’s main adversary and other BJP leaders from the region and elsewhere are also silent on the issue.

Only Vijay knows the real reason as to why he chose to align with an activist, whose claim of fighting for the Dalit rights has often been questioned by the Chakrata locals as well as by the Dalits of Jaunsar-Bawar region. However, the incident raises serious doubts regarding the political wisdom of Tarun Vijay. Any attempt to showcase Tarun Vijay as a Dalit messiah of Jaunsar is not only misplaced, but is a gross injustice on the people of Jaunsar-Bawar.

India Facts Staff Edit: On May 26, 2016, Times Now channel released a series of short videos from Chakrata on Twitter, wherein the local people, including the temple priest stated that there was no prohibition on entry of Dalits into temples of the region. Here are some of those tweets:

"There is no discrimination & dalits are allowed to enter temple: Ranveer Singh, Priest #RightToPray https://t.co/umWMGI2lcf

This is a political conspiracy to defame us & all this was pre-planned: Gram panchayat head #RightToPray https://t.co/VjE8D9Z6lg

No this has never happened with me. We visit the temples: Resident, Puna Pokhri village #RightToPray https://t.co/4UTtVw2EZa

The author is a Chartered Accountant by qualification. He is the founder of the adventure tourism venture, Nature Connect Outdoors. Alok has a keen interest in politics and economic development.