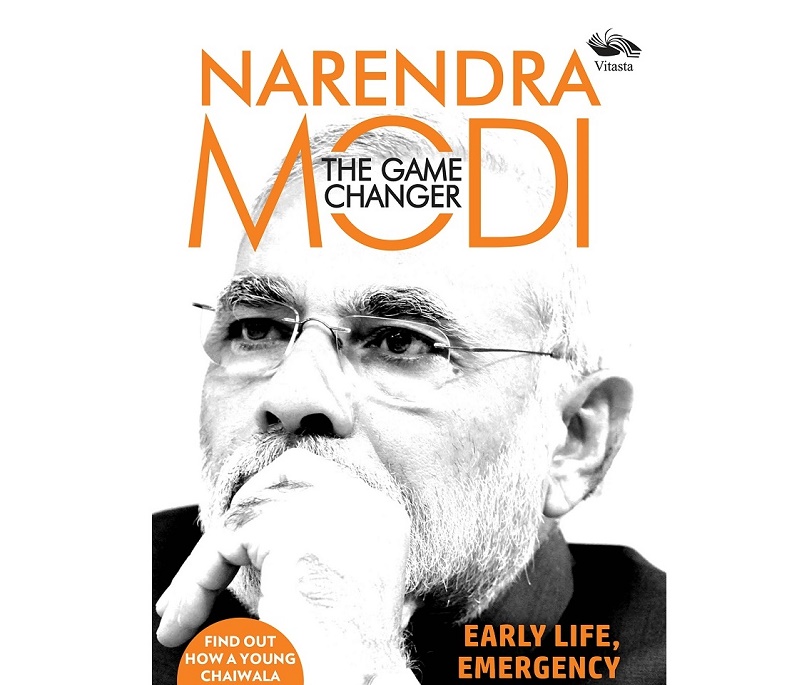 Narendra Modi was attending the funeral of photo journalist Gopal Bisht of Aaj Tak news channel in Delhi. It was 2 October 2001. Just a day before, Madhavrao Scindia* had died in a private plane crash along with special correspondent Ranjan Jha of Aaj Tak, Sanjeev Sinha of The Indian Express and Anju Sharma of The Hindustan Times. The entire nation was shocked at this tragedy. Modi felt sad and remembered Bisht as one who was simple and enjoyed a low profile.

In the middle of the funeral services, Modi received a call on his mobile from the Prime Minister’s Office. He went aside to take the call. The then Prime Minister of India, Atal Bihari Vajpayee, was on the line.

“Where are you?” asked the deep voice of Vajpayee.

Modi told him, “I am at a crematorium.”

Vajpayee asked, “What are you doing there?”

When Modi told him the reason, Vajpayee went silent. After a while, he asked Modi to meet him at his residence in the evening.

When Modi met him in the evening, Vajpayee said, “You have become fat eating all this Punjabi food. Go away from here. Go to Gujarat. You have to work there.” Modi did not get the sense of Vajpayee’s words. He thought he was being asked to look after the organisation of Gujarat as the national general secretary in-charge. So he asked whether Gujarat would be his additional responsibility along with other states.

Vajpayee said, “No, no. You will have to contest the elections. So far, you have helped others to fight, but now you will contest.”

Modi realised Vajpayee was asking him to become the chief minister. He did not know how to react. He told him it was impossible for him to contest elections.

He said, “If you want, I can be in Gujarat for 10 days a month and look after the organisation.”

He told Vajpayee that he had never stepped inside the Gujarat Vidhan Sabha or the Chief Minister’s office.

Not sure how to react to this sudden turn of events, Modi demonstrated his reluctance, saying that he was away from Gujarat for six years and was not aware of the issues there.

Vajpayee told him, “When I had come to Delhi, I did not know anyone.”

Modi had never expected that his Gujarat calling would come this way.

Deep inside, he was a worried man. The way he was banished from Gujarat was still fresh in his memory. Although he had stayed in Delhi since his ‘banishment’, he had worked overtime through his network to ensure that Keshubhai came back as chief minister in 1998. In that sense, he had paid his debt to the veteran.

Now he was being asked to replace Keshubhai! What message would it send to the people of Gujarat? He was clearly uncomfortable. He looked for guidance towards Advani, the person who had brought him into the BJP.

Modi met Advani the same night. Advani straightaway asked him: “What did Atalji tell you?”

Now he could sense that the prime minister was not the only one who backed the plan to send him to Gujarat.

Advani explained to him that the decision was consensual. Modi realised that his going to Gujarat had become a fait accompli.

Advani was more determined than Vajpayee to send him there as chief minister. Modi shared his dilemma with Advani who explained that the state was in dire need of change. Being an organisational man, Advani knew that Modi had built the party in Gujarat; given a chance, he could do wonders there.

It was Advani who had proposed Modi’s name as a replacement. He had spoken to Madandas Devi, who was the RSS general secretary looking after the BJP, and senior RSS leader Dattopant Thengadi and then RSS chief KS Sudarshan. In that sense, when Vajpayee spoke to Modi, the former was merely articulating the decision that had already been taken.

The BJP had lost the Sabarmati assembly seat in the by-election; it seemed that the BJP was running out of luck. This assembly formed a part of the Gandhinagar seat that Advani represented.

It is not that Modi did not have an inkling that he could be asked to go to Gujarat, but he did not know that it would happen so soon and in this manner. It often happens that when you get something you knew was coming your way, you do not know how to react. Between possibility and reality lies a big chasm. This explains why Modi was not ready to believe what most people knew was going to happen. Narendra Modi was sworn in as the chief minister of Gujarat on 7 October 2001.