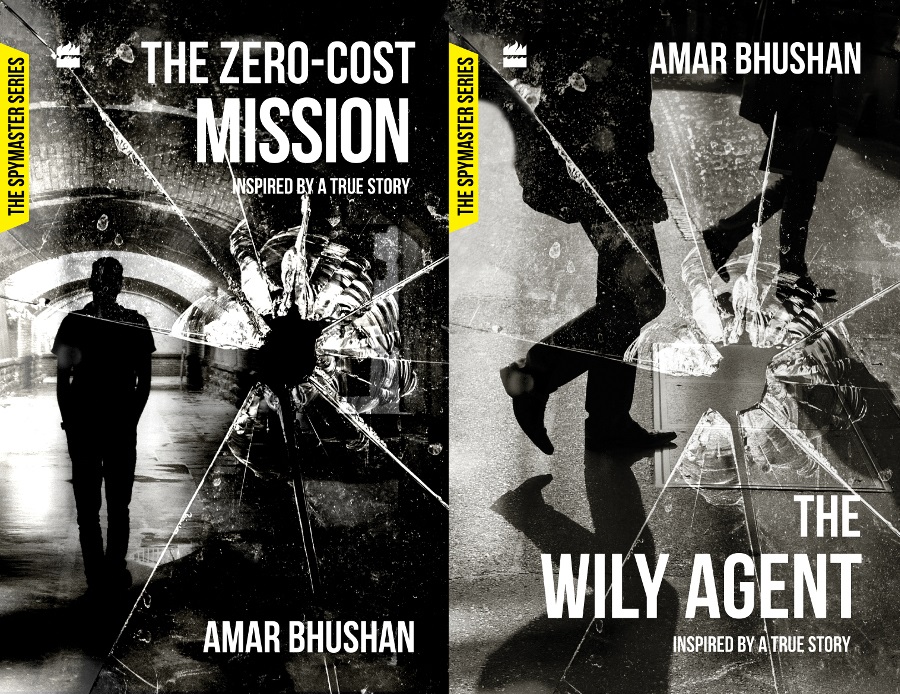 Stories about spies, intelligence agencies and covert operations always make for a captivating read. Probably because it’s seldom that any information trickles down from this arcane yet fascinating world of intelligence services. Quite often intelligence officers and sleuths create myths about themselves and weave fictional stories around their operations, which further shrouds the modus operandi of these agencies.

It’s in this backdrop that when a former intelligence officer decides to share stories about covert operations and intelligence gathering in a foreign land that makes his book a thriller and a page turner.

Amar Bhushan, an Indian Police Service (IPS) officer spent most part of his career at various arms of the Indian intelligence agencies. His longest tenure was at the Research and Analysis Wing. Bhushan retired a long time ago and decided to share the stories of two covert operations undertaken by India’s external intelligence agency. The Zero-Cost Mission and The Wily Agent are two separate stories packed into one book by HarperCollins India as part of its Spy Master Series.

Sujal Rath, protagonist of The Zero-Cost Mission is a daring officer at the Research and Analysis Wing. Reports have been pouring in about the build-up of Jamaat-e-Islami facilities in Bangladesh that are being used by Pakistan’s Inter-Services Intelligence—the ISI, to foment trouble in India by orchestrating terror attacks. There is an urgent need to demolish Jamaat facilities located deep within Bangladesh. This seemingly impossible covert operation is dangerous and only the best officer can execute it with surgical precision.

Sujal is handpicked to execute this perilous operation within the territorial limits of Bangladesh. Sujal’s track record of operational brilliance, integrity and commitment ride over his negatives about disregard to the strict command structure and bureaucratic paper work. The agency’s Chief, its South Asia Head and Bangladesh desk officer put their faith in Sujal’s operational abilities to execute this operation. After much reluctance and persuasion Sujal takes up the task, relocates to Calcutta (now Kolkata) leaving his ailing wife and children only to find the boss of Calcutta office waiting with a bunch of conspiracy theories in order to derail the covert operation and put Sujal in the dock.

What follows is the story of grit and determination of an officer who almost single-handedly prepares for this high stakes mission to destroy Jamaat facilities within Bangladesh. Just when the operation gets into its final execution stage Sujal comes to know that all resources including the much necessary funds for this operation have been withdrawn. It’s then that Sujal faces the biggest dilemma of his life, either to go on with the tide, quit the operation mid-way and lobby for a sinecure posting elsewhere, or, put national security and India’s interests above everything else and fight back. Sujal decides to stake everything for the sake of India’s security. And this is where the title gets its name –The Zero-Cost Mission– a mission that was accomplished without the requisite funds from official sources. Any further details about this story in the review could spoil the thrill of reading Amar Bhushan’s novel.

“The Wily Agent” is a separate story in this book. Jeevnathan the protagonist in The Wily Agent is head of the Dhaka unit of R&AW. He is introduced to a source nicknamed Rehman, who is employed at the Bangladesh Foreign Office and well placed to gather sensitive information that could be of great importance to India’s strategic interests. But then Rehman has an insatiable thirst for money who keeps Jeevnathan and his protégé Kabir on their toes about the veracity of information being made available. Jeevnathan has to constantly fight his battle on two fronts by keeping the over-zealous Rehman in check who goes into a hiring spree and ropes in several other recruits to source information in order to make an extra buck. On the other, Jeevnathan has to deal with his intractable bosses in Delhi who are dipped in arrogance and live in a bubble world often dismissing genuine intelligence reports as farce. Jeevnathan uses all possible tricks up his sleeve to keep his bosses on the right side while also making an over-zealous Rehman work according to the requirements. The Wily Agent is a roller coaster ride that offers valuable insights and details the difficulties of intelligence gathering in an alien land which is much different than what the movies depict. Ironically, both these stories will soon be made into feature films.

Personally while reading through The Zero-Cost Mission about the battle, stress and strain borne by Sujal, I was reminded of the struggles endured by Howard Roark the protagonist in Fountainhead—the cult fiction novel by Ayn Rand. Probably, it’s this similarity that makes one yearn for much more details. The emotional upheaval that Sujal goes through and further details of Jeevnathan’s exchanges with arrogant and mediocre officers who do not mind jeopardizing India’s security for their petty benefits could have been elaborated more. Yet even in the current crisp storytelling format the twin stories form an interesting and captivating read.

This is the second book by Amar Bhushan, the author. His first book was “Escape to Nowhere”. Bhushan has chosen fictional storytelling that are based on facts to explain the workings and perils of operations undertaken by India’s premiere intelligence agency.