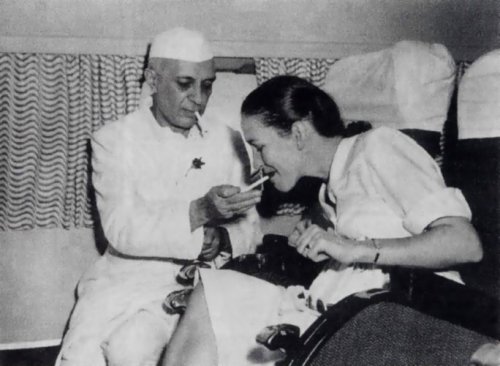 One of the oft-overlooked facts about the Nehru dynasty is how its members carefully nurtured a vast ecosystem in almost every sphere of national life. And one of the ways in which the Nehru dynasty did it was by naming Government (both central and state) schemes, parks, roads, buildings, geographical formations like peaks, trophies, awards, hospitals, schools, universities–the list is almost endless–after three members of the Dynasty–Jawaharlal Nehru, Indira Gandhi, and Rajiv Gandhi.

All in the name of the Nehru-Gandhis is a booklet by veteran journalist A. Suryaprakash, which investigates and provides us the complete list of this taxpayer-funded, national deception by the Nehru dynasty.  As he says in the very first sentence of this booklet,

In a planned and systematic effort to gain unfair advantage over other political parties, the Congress party has named all major government programmes, projects, and institutions in the country after three members of the Nehru-Gandhi family–Rajiv Gandhi, Indira Gandhi, and Jawaharlal Nehru–who are its icons, and disturbed the level playing field in the electoral arena.

The author also concludes that

We are unlikely to see anything so gross even in dictatorships as in North Korea.

The following infographic is based on the data provided in the booklet, aimed at providing a snapshot of how the Nehru dynasty has used taxpayer money for about six decades to build the personal brand of the Nehru dynasty and perpetuate Family rule continuously for nearly six decades.

Click on the infographic to view its full size.