Can Shahi Imam N R Barkati be tried for waging war against India? 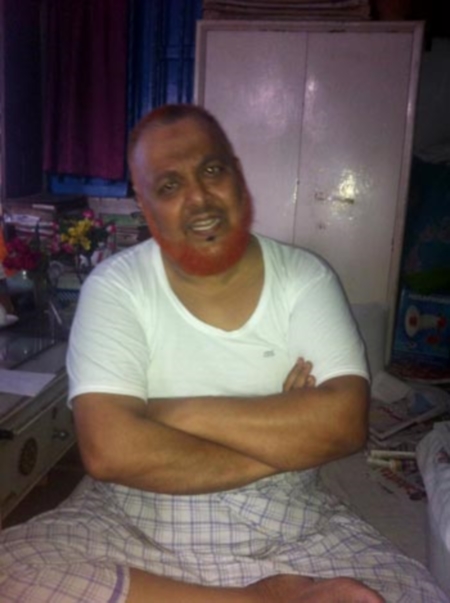 A Hindustan Times report dated 30 March 2014 recounts a conversation with Kolkata’s Shahi Imam N.R. Barkati. The Shahi Imam in the context of the upcoming general elections had this to say:

You must understand we ruled Hindustan for 1,000 years.  But we never made Hindus slaves here, like the British did. We want to live in harmony now… If BJP comes to power, implements the RSS agenda, if they impose uniform civil code, if they stop us from praying, the Muslim clergy and scholars will discuss it and can even proclaim jehad.

Firstly, it is clear that N.R. Barkati’s claim that the “we” in the sentence, “You must understand we ruled Hindustan for 1,000 years” refers to the early-to-late medieval Muslim rule of India. The implication of this statement is clear: Barkati claims communal inheritance over the sovereignty of the modern democratic republic of India based equally, on a communal reading of history.

Secondly, Barkati’s claim that “we” meaning, Muslims “never made Hindus slaves here,” is patently false. One could refer to Prof. K.S. Lal’s scholarly work entitled Muslim Slave System in Medieval India for a comprehensive treatment of the exact nature, scope, and extent of Hindu slave-taking practised by the medieval Sultans and Nawabs in India.

Thirdly, Barkati’s caution of “if the BJP comes to power and implements the RSS agenda… the Muslim clergy and scholars will discuss it and can even proclaim jehad” merits closer examination.

According to A Dictionary of Islam, the word Jihad in simple terms means waging a physical war against non-Muslims in order to either kill or convert them in order to spread Islam throughout the world. It is enjoined upon all Muslims as a holy duty. Jihad has, since the inception of Islam, also been a battle cry. In our own times, the 9/11 attack, the Bali bombings, the London train bombings, and numerous other similar incidents have been Jihads. In other words, they have been wars waged by Muslims against non-Muslims in the same country or against foreign countries.

This is the historical, religious and social context in which to place Barkati’s statement. In other words, Barkati, an Indian citizen, is openly expressing his intent to wage war against India if a certain political party comes to power.

This proclamation by Barkati attracts penal action primarily under IPC sections 121, 121 (A) and 122. All three Sections are reproduced below:

121A. 1[ Conspiracy to commit offences punishable by section 121.– Whoever within or without 2[ India] conspires to commit any of the offences punishable by section 121, 3[ or conspires to overawe, by means of criminal force or the show of criminal force, 4[ the Central Government or any State Government 5[ ], shall be punished with 6[ imprisonment for life], or with imprisonment of either description which may extend to ten years, 7[ and shall also be liable to fine]. Explanation.- To constitute a conspiracy under this section, it is not necessary that any act or illegal omission shall take place in pursuance thereof.]

122. Collecting arms, etc., with intention of waging war against the Government of India.– Whoever collects men, arms or ammunition or otherwise prepares to wage war with the intention of either waging or being prepared to wage war against the 8[ Government of India], shall be punished with 9[ imprisonment for life] or imprisonment of either description for a term not exceeding ten years, 10[ and shall also be liable to fine].

Given these facts as well as the legal position, it is clear that Shahi Imam Barkati’s proclamation openly violates the law, and is dangerous to the safety and sovereignty of the nation.

Therefore, in light of the aforementioned examination of facts from various perspectives, it is clear that Shahi Imam Barkati can be tried under the law for his statement.