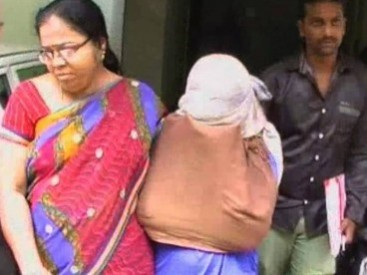 Given below are three news reports that appeared almost within a week, all fromthe Indian film industry:

As per reports, Shweta in her statement to the cops said, “I have made wrong choices in my career, and I was out of money. I had to support my family and some other good causes. All the doors were closed, and some people encouraged me to get into prostitution to earn money. I was helpless, and with no option left to choose, I got involved in this act. I’m not the only one who faced this problem, and there are several other heroines who have gone through this phase.”

Before tying the knot with Prinzo, Shruthi was reportedly married to another man, Manjunath at a young age of 16. But she fell in love with Prinzo, and called off her relationship with Manjunath.

It is superfluous to say that an undercurrent of sex characterises all these news items. The paradox is in the outcome.

Each one’s situation will look like a paradox because of parallax.For the common man, the order would have been in the reverse—with the one who didn’t participate being most successful and so on. This is because typically, the common man will see it from the point of moralitywhile the film and media industry will see it in terms of economics. The film industry which started with the movie “Raja Harischandra” lost its morality and nationalism as it gained secularism.

In July, the Economic Times reproduced an article from the Independent titled ‘Death in the valley of the dolls”. The article was about the prostitution boom in California’s tech industry. The trigger of article was this: “In November in Santa Cruz, California, 51-year-old Forrest Hayes, a father of five who had worked at several major Silicon Valley companies including Google and Apple, took a fatal dose of heroin. Police say it was administered by Alix Tichelman, a prostitute whom Mr Hayes had been entertaining aboard his 50ft yacht, Escape. Ms Tichelman, 26, allegedly left him to die.” The author Tim Walker described it as “it was a deadly meeting of two very different varieties of entrepreneurs.”

The 9th to 15th August issues of The Economist had the cover story “The Sex Business”. The issues provide a complete business plan for anyone who is interested in prostitution. The commoditisation of women’s body is complete when the Economist writes “What counts as exotic and therefore desirable varies from place to place” to describe women, which nationality is preferred where. The report also says “A degree appears to raise earnings in the sex industry just as it does in the wider labour market”and “The freelancers, part-timers and temps the internet is bringing to the sex trade are likely to help it absorb demand shocks.”

India has few tribes/communities which are forced into practising prostitution as a family profession. The Government has been working with them to persuade them to give up such a lifestyle. India has banned the Devdasi system. Putting a ban on purchase of sex should be the next logical step.

It is difficult to fathom that there are Indian girls (not counting statistical errors) who grow up with an aspiration to become porn stars or prostitutes. It’s time the Government setup counselling centres for young girl achievers especially in the case of media, film, fashion, etc, where the person becomes a star but loses the focus and gets sexually abused. Another recent victim is from the field of sports, the national level shooter Tara Sahadev. She was cheated into marriage, was kept in illegal confinement and tortured for years to forcibly accept conversion to Islam. However, she refused to convert. There are far too many cases of this nature, which can’t be ignored. There are NGOs and Women’s Commissions but they pick and choose cases based on religion and politics and not on merit.

If the government doesn’t take timely corrective action,the future will be anything but pleasant. This country has even seen supporters of rapists and terrorists in the name of the culprit being juvenile. It will be ideal if the Government investigates the intent and the backers of these pro-rapists protesters. We have seen in the recent past that terrorist sympathisers from political parties, media and NGOs were on a kind of payroll of terrorists or their sympathisers.

Sandeep Singh writes a column on “Narendra Modi and CXO Leadership” on www.swastik.net.in