Code for the Kingdom: A Global Technology Platform for Christian Evangelism 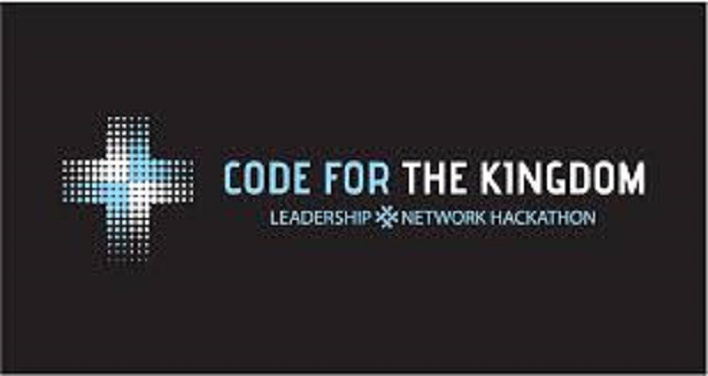 Hotel Fairfield Marriott, Bangalore was host to a weekend Hackathon series from 2nd thru 4th October, where technologists and software enthusiasts were welcomed to develop and apply their technical skills in helping their communities and society in general from a ‘Christian’ perspective.

The movement has been hosting weekend gatherings in different cities across the world where software developers, designers, hackers, etc collaborate to spread common good and serve the Christian God’s Kingdom. In other words, this is basically Christ + Computers.

Code for the Kingdom is indeed an ambitious Christ + Computers venture. Its global scope and reach should be a great cause for worry especially for non-Christian countries, and for India in particular. Even a casual glance at its website reveals the spread of its past, present and upcoming Christian Hackathons.

There’s no continent or country it spares—from Adis Ababa to Atlanta to Bangalore to Gautemala City to Jakarta to London to Waterloo (Canada), it seeks to evangelise thousands of technologists, CEOs, software developers, designers, hackers, corporate marketing professionals and strategists and venture capitalists. These people will in turn spread the evangelism in their own ways among their families, friends, colleagues, and communities.

This workshop brings together developers from local software companies, who are willing to blend their religious beliefs with their programming skills. And since it’s about technology even non-Christians are welcomed to take part in it.

Code for the Kingdom believes all areas of work and life can be integrated into one’s religious faith—that of Christianity.

One of their notable exhibitions (where financial rewards were offered) took place last year in Seattle, United States the highlights of which can be accessed through this report.

The first interesting point which comes to our attention is the name of the two notable sponsors associated with the event:

Unlike many Christian conventions where the preachers spew venom at other faiths, urging the audience to show contempt for the non-Christian traditions, this particular convention is a response of the global Christian evangelization machinery to the progress of communication and information technology.

Let us look at the highlights of the 2014 convention:

And this is not the first time this Hackathon has harvested such innovative tools to spread the gospel. In the June of 2013 in San Francisco, Code for the Kingdom gave away $11,000 in prizes to teams developing Christian projects, notable of which are given below:

Evangelism @ the Speed of Google

This report mentions the fact that Code for the Kingdom has, among its mentors, a partner from the venture capital firm Andreessen Horowitz and an engineer who worked with Google’s head of Android partnerships, in conjunction with more conventional mentors from charities and tech companies. Other prominent names include these:

And this is just the proverbial tip of the iceberg. It is also illuminative to look at a partial list of the sponsors and backers of these hackathons:

Code for the Kingdom has enlisted the services of such top class professionals occupying powerful corporate and other positions to spread Christianity. These hackathons also invite members of Christian clergy—pastors, ministers and the like—to participate. This has created an extraordinarily well-oiled and near-seamless worldwide network focused single-mindedly on the pursuit of Christian evangelism on a global scale.

The agenda and goals are direct and stated in unambiguous language. Some samples are given below:

Note: While the clean water initiative appears an innocent, non-Christian goal, the underlying reality becomes clear when we learn that this is a “project” undertaken by the global Evangelist NGO giant World Vision, which also offers opportunities to partner with it. What is also cleverly hidden from view is the fact two of Google employees in senior positions (see below) are part of this Hackathon.

Code for the Kingdom also has a dedicated page focused on Evangelism in North India. To quote verbatim:

We chose North India as a special focus for our hackathon because it contains more individuals from unreached people groups (those who lack access to the gospel) than any other nation on earth. Our challenges below focus on 5 frontiers of missional collaboration in need of a boost from your creativity and technical savvy–Prayer, Research, Innovation, Media, and Engagement. How can your idea be a part of the breakthrough of the Gospel among peoples in India?

Our God and His mission are timeless but our methods need to change with the times. Many ministries are struggling to keep up with changes in communications and technology. Gen Y, which is beginning to enter leadership, works differently than previous generations. New trends are emerging among the peoples of the world including a growing group of diaspora peoples–those who live outside their home countries–which presents multi-cultural complexities and new dynamics. Many have found that old missionary models of ministry are no longer as effective as they once were. [Emphasis added]

The “missionary models” is the key phrase that is the dead giveaway of Code for the Kingdom’s real agenda.

However, when he examine recent history, it is not surprising that Code for the Kingdom is attempting to reshape digital and real world environments using Christian theology in fundamental ways.

Way back in 1988, David Barrett (1927–2011), an outstanding statistician-evangelist associated with the influential AD2000 movement indicated that one of the most important methods to spread the Gospel, would be to use computer technology.

In the ninth chapter of his joint work with James W. Reapsome titled Seven Hundred Plans To Evangelize The World (published in 1989), the method is explained briefly:

We have long known that Christians own more than a fair share of Earth’s resources, but in this computer age we find an additionally significant fact. Since 1980 Christians have acquired 42 million computers-main frames, minicomputers, and microcomputers. (They have also acquired 100 million additional screens or terminals, plus vast numbers of printers and endless varieties of peripheral). As well as owning 58% of the world’s computers, the Christian world benefits from a further 30  percent which are under secular ownership (business, government, industry)…… At any rate, Christians have certainly been given a startingly new range of communications tools to make world evangelization much more attainable-telephones, movies, radio, television and now computers.

This is the same David Barrett whose contributions to the field of religious demography still shape both Christian missionary effort and academic understanding of religious adherence.

Going by such Hackathons it is understandable that the evangelists have taken his advice and followed it to the hilt.

While we often fume with anger at the disparaging remarks made by Missionaries against Hindu gods and rituals, it is these efficient Christian techies, who are doing more to spread their faith and gain followers.

The influence the Christian faith still retains among its followers regardless of the advances in science is both scary and amazing.

Even as Middle Class India celebrates its new found affluence, wealth and the mark India has made on the global stage thanks in large part to IT, it seems blissfully unaware of the cultural and religious assault that the Christian West is making in its own backyard using the same IT.

Hindu activists and leaders should take note of this phenomenon if they wish to prevent and halt the harvesting of Hindu souls.