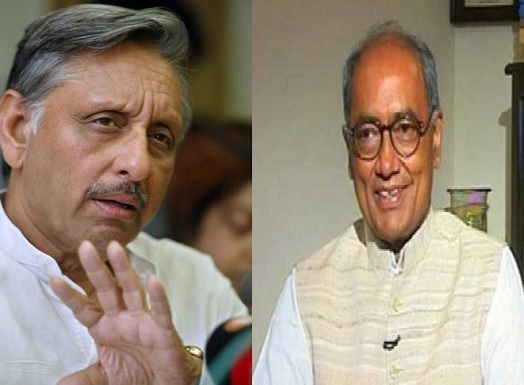 In Goldfinger, James Bond says, “Once is happenstance. Twice is coincidence. Three times is enemy action.” But what do you say when the same thing keeps happening all the time? This is the case with the Congress’ flirtation with Muslim fundamentalism and jihad. The recent instances include the grand old party’s reaction to the Pakistani boat incident, Congress leader Mani Shankar Aiyar’s disgraceful comment on the shocking attack in Paris at the office of the French magazine Charlie Hebdo, and now senior leader Digvijay Singh’s remark that “Kashmiri Pandits were unnecessarily forced to leave the Valley by Jagmohan.”

[pullquote]In Aiyar’s scheme of things, Muslims should never be held responsible for any wrong; it is always somebody else. It was America—the ‘root-cause’—in the case of Paris massacre; it was Jagmohan in the case of the exodus of Pandits from the Valley. Presumably it was some Hindu king who was really responsible for the plunder of the Somnath Temple and not Mahmud Ghazni.[/pullquote]

As if Jagmohan had ruled the state since Independence, scripted the Islamization drive in the Valley, and forced the Kashmiri Pandits to leave their own native land. As if the jihadist ideology had no role to play, the Kashmiri Pandits were not terrorized by Islamists, and many of the former were not butchered by terrorists. And as if Jagmohan had coined the slogans that the murderous mobs chanted: Yahan kya chalega, Nizam-e-Mustafa/La sharqiya la garbiya, Islamia Islamia (What will work here? The rule of Mustafa/No eastern, no western, only Islamic, only Islamic); Zalzala aaya hai kufr ke maidaan mein/Lo mujahid aa gaye maidaan mein (An earthquake has occurred in the realm of the infidels,/The mujahids have come out to fight). Yet, Singh believes that “Pandits were unnecessarily forced to leave the Valley”!

Lies, white lies, and scapegoating are part and parcel of the political debate in our country; but the mendacity and shamelessness of such magnitude are astounding even by the deplorable standards of Indian politics. Lakhs of Kashmiri Pandits were imperiled in their own land by the vile persecution orchestrated by jihadists and their supporters and sympathizers; recognizing the threat of holocaust, Jagmohan ensured their safe departure; but the guilt is heaped not on the perpetrators of the attempted genocide but on the savior of the victims. Seldom was deceit as despicable.

It needs to be mentioned that Digvijay Singh’s statement is not the result of some lie he wants to peddle; the lie is actually an axiomatic truth among ‘secular’ politicians. In April last year, former J&K chief minister Omar Abdullah also held Jagmohan responsible for mass departure of Pandits from Kashmir: “The exodus of Pandits from Kashmir took place under Jagmohan, who was appointed governor by the then central government, which was supported by BJP.”

Most ‘secular’ politicians and intellectuals couldn’t agree more. What is striking, however, is that most influential Congress politicians are completely sold to this scapegoating. In his book, Confessions of a Secular Fundamentalist, Mani Shankar Aiyar wrote 10 years ago that it was “not the actual killings but the atmosphere of fear created by the governor which exacerbated the situation and led to the exodus of the Pandits.”

In Aiyar’s scheme of things, Muslims should never be held responsible for any wrong; it is always somebody else. It was America—the ‘root-cause’—in the case of Paris massacre; it was Jagmohan in the case of the exodus of Pandits from the Valley. Presumably it was some Hindu king who was really responsible for the plunder of the Somnath Temple and not Mahmud Ghazni! Perhaps the former gave offence to Ghazni, thus goading him to loot the temple and kill countless Hindus.

With so senior and influential GOP leaders spewing loathsome theories, it is not surprising that the Congress is increasingly becoming jihad-compliant. Five years ago, Rahul Gandhi felt that the “the bigger threat [to India] may be the growth of radicalized Hindu groups, which create religious tensions and political confrontations with the Muslim community.” We came to know about this because of wikileaks.

One need not be a James Bond to know that the GOP has been reduced to an outfit which is conducive for the spread and consolidation of the jihadist ideology. Its prominent leaders and ideologues are determined to lull the people of India into believing that all is well and there is no such thing as an Islamist threat.