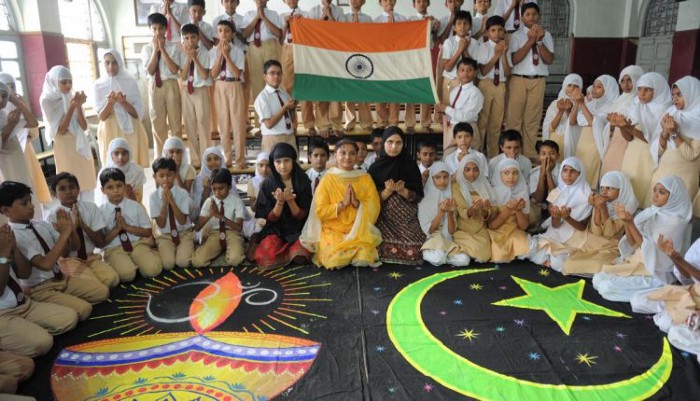 In making the above statement it is accepted that Pakistan is a hotbed of Islamic radicalism. “Hindu-Pakistan” — a derogatory term coined by Shashi Tharoor, was a ploy to demonise the rise of Hindu-nationalism by equating it with the mess of Islamism in Pakistan.

Just like Shashi Tharoor, when you bring up issues of Islamism in context of Pakistan with Indian Muslims, you will find that their stand is one of differentiating themselves from Pakistani Muslims. Their stated claim is one similar to an enlightened version of the practice of Islam.

Well, what makes them so different from Pakistani Muslims? “It is our Ganga-Jamuni tehzeeb” (referring to the religious syncretism between Hinduism and Islam in India), the liberals would surely remind you. Sure, that might true. Let’s examine this.

If Muslims are the Jamuna, then that Jamuna (Islam and Muslims) existed in much bigger numbers in Pakistan (and Bangladesh), and yet, they are looked down upon by the same liberals, as well as, a large number of Indian Muslims.

It can then be argued that if at all Indian Muslims are somehow different, then it must be because of the ‘Ganga’ — ie: Hinduism and Hindus.

Let’s agree that it is Hindus and Hinduism which keeps Indian Muslims sane and largely deradicalised.

The bogey of Sufism

Survival of Sufism in India (and its slow death in Pakistan) it would be argued, is the reason for Indian Islam and Indian Muslims to be and remain different.

Well, Pakistan also had the same thriving Sufism at its birth. It’s a different matter that Pakistani-Islam has caused the slow death of Sufism in that country (the same pattern we have seen repeated in Kashmir, incidentally).

It is in the nature of Islam to be intolerant towards any deviant form within itself (as for other religions such as Hinduism, it is Allah-willed for Muslims to not tolerate ‘Jews’ and ‘polytheists’— read ‘Hindus’).

If Pakistan has Sufism on the decline or Ahmeddiyas are crushed, it is exactly because of Islam and Muslims.

In India, Sufism, oft touted as the ‘spiritual arm of Islam’ exists and thrives not because of Islam or Indian Muslims but because of ever-respectful Hindus.

[Side note: If Sufism is the ‘spiritual arm of Islam’ then what exactly is mainstream Islam — its colonialist arm?]

So, basically, there is nothing to eulogize in the Ganga-Jamuni tehzeeb. If anything is to be eulogized and credited for keeping Indian Muslims largely de-radicalised, then it is Hinduism and the all-embracing natural openness of Hindus and the pluralistic ideas of religion and God embedded in their DNA.

This brings me to another important point in this story.

Hindu Pakistan — an idea that must be implemented!

A Hindu Pakistan would actually, as Sanjay Dixit argues in this lecture, would be a wonderful idea.

Infact one could argue then that turning Pakistani populations to Hinduism is a good idea, to make them less worse than they are. And extending the same logic to Indian Muslims — that they should return to their Hindu roots — it seems India would be better off.

So, let’s raise a toast for ‘Hindu Pakistan’ and ‘Hindu India’.