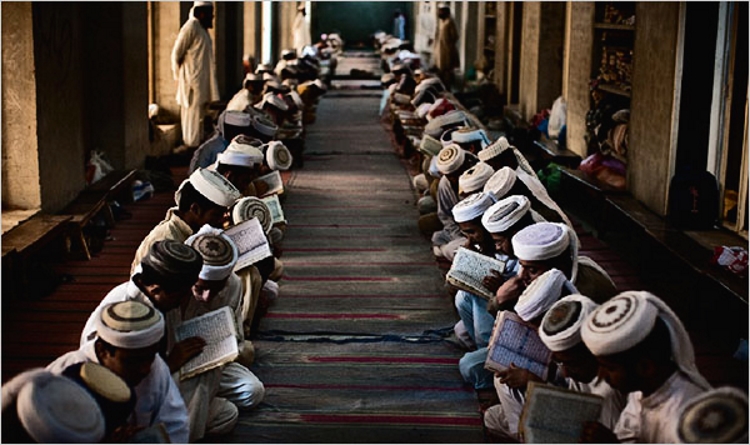 The Maharashtra government’s move to consider madrassas as “non-schools” and their students as “out of school” has stirred a national debate in India. Opposition politicians and some journalists, without considering a Muslim child’s fundamental right to free and compulsory education, have criticised the decision.

Abu Azmi, the Maharashtra leader of Samajwadi Party, has declared: “Any interference in operations of madrassas will be fought tooth and nail. The Samajwadi Party will fight for the society including Muslims.” Mohammed Zahoor Ahmed of the Jamaat-e-Islami Hind, a religious organisation with no consequential legacy to the benefit of Muslims, has threatened legal action against the Maharashtra government. A Muslim citizen’s right to free education is not discussed by any politician or journalist.

Evidence from past decades proves conclusively that Indian Muslims who enroll in madrassas do not go on to become physicists, economists, space scientists, chartered accountants, software engineers or doctors, not even political leaders. Madrassas are the wheels of this institutional exclusion of Muslim citizens from India’s public life. Therefore, if citizens are being excluded from India’s social mainstream and denied the choice of professions in this manner in a sustained way, it becomes obligatory on the Indian republic to remove such roadblocks from the life of its citizens. Yes, a few madrassa students do enter modern professions, but this is due to their personal striving not due to the contribution of madrassas, much like a girl from a Mumbai slum overcomes hardships to enter the famed IITs, or other institutions of excellence.

Evidence from past decades also proves conclusively that Muslim children who enter madrassas predominantly go on to become the following: Islamic clerics, Urdu poets, Imams of mosques, revivalist preachers of the kind found in the Tablighi Jamaat and Jamaat-e-Islami Hind, or political parasites of the Jamiat Ulema-e-Hind type.

It is simple to observe that madrassas limit options for Muslim children while schools expand their life’s choices. Once in a rare while, a student of Darul Uloom Deoband turns up in Delhi’s television studios for debate or becomes an engineer, which does not automatically mean that madrassas are producing journalists, engineers or experts on international politics. Generally, madrassas paralyse Muslims from opening their minds at a young age when a child’s curiosity should empower them to mentally prepare for inter-planetary travel.

Therefore, it is obligatory on the Indian state to ensure that the country’s education system opens up choices for Muslims in the manner it does for non-Muslims.

The Maharashtra government’s move to treat madrassas and Vedic institutes as “non-schools” and their students as “out of school” is a simple administrative measure that will expand choices of life for citizens, whether Muslims or non-Muslims. This measure is not aimed to dis-empower Indian Muslims.

In fact, it was part of a survey carried out by the Maharashtra government on 4 July to identify and ensure that all children of 6-14 years age enter schools. This is a constitutional objective that the Indian state is required to fulfill irrespective of whether these children are Muslims, Hindus, Christians or others. Effectively, Maharashtra’s move de-recognises madrassas that do not teach mathematics, sciences and social studies.

Under the Right to Education (RTE) Act passed by the previous Congress government, madrassas and Vedic institutes that do not meet the teaching standards in mathematics, sciences and social studies were already de-recognised. The Maharashtra government is merely implementing the RTE Act.

In Indian democracy, education is the only effective tool that empowers citizens in their day-to-day life. Education creates multiple turning points in the life of a citizen, offering numerous career opportunities to progress in life.

However, evidence also shows that madrassa students fail to rise in life because ideas and skills taught to them exclude them from mainstream professions. As a result, Muslims are pushed to the margins of society. While the rest of the society thrives, Muslims end up in ghettos. Madrassas’ overwhelming role is to close doors of public life to Muslim girls, but India’s ministry of women and child development has shut its eyes to this vast problem. 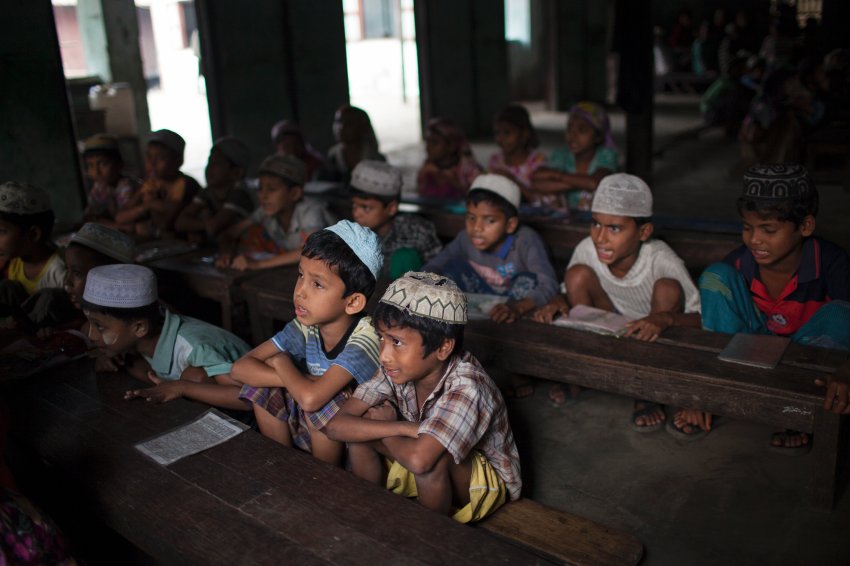 There exists a serious problem with madrassas whose key objective is to spread Islam. Generally speaking, madrassas are of two kinds. One, seminaries established by Muslims which teach the Quran, Hadiths (sayings and deeds of Prophet Muhammad) and Islamic studies – sometimes also teaching basic Hindi, English and Mathematics. Such madrassas survive on charities and are not accountable to any government authority for their activities.

Two, in some states such as Bihar, madrassas get funds from the government for introducing science, mathematics and social studies in their curriculum. In these cases, it is clear that some of the state funds are used to finance the study of the Quran, Hadiths and Islamic studies, since all teachers of madrassas get salaries from the state. This is a violation of the constitution, which requires the Indian state to remain secular.

Madrassas teach religion and can benefit from the Article 25 which guarantees the “the right freely to profess, practise and propagate religion.” What is important is that every Indian child, whether Muslim or not, is guaranteed a fundamental right to free and compulsory education under Article 21(A), and therefore every child of 6-14 years of age must be in school during school hours of the day. Only after 14 years of age or outside school hours, children can go to a madrassa.

There is a larger problem: madrassas are not designed to preparing Muslims for life in this world. Their sole objective is to teach Quranic subjects and prepare children for the propagation of Islam and for a life after death. Madrassas, whether aided by the state governments or not, excel at this objective. Naturally, students emerge from madrassas as misfits for modern society.

Let’s look at some fatwas (directives) delivered by it in recent years: talking to fiancé on phone is haram (forbidden); Muslims must not work in banks; women cannot preach or deliver sermons at mosques; donating blood is un-Islamic; saying “talaq, talaq, talaq” to wife on cellphone is valid divorce; acting and modelling are disallowed by Islam; women cannot become qazis (judges); homosexuality is an offence in Islam; adolescent girls are barred from riding bicycles, and so on.

Some Islamists and their brethren on the Left argue that fatwas are merely advisory opinions. However, they forget that these opinions have more power on the lives of Muslims. The ideas contained in these fatwas, whether or not a fatwa is issued formally, are taught by all madrassas across the world, not just in India.

Students who emerge from madrassas in India create a value system based on these fatwas. Also, thousands of students graduating from madrassas like the Darul Uloom Deoband go on to establish numerous similar madrassas, teaching the same retrogressive ideas, producing misfits for our society and creating ghettos in our neighbourhoods.