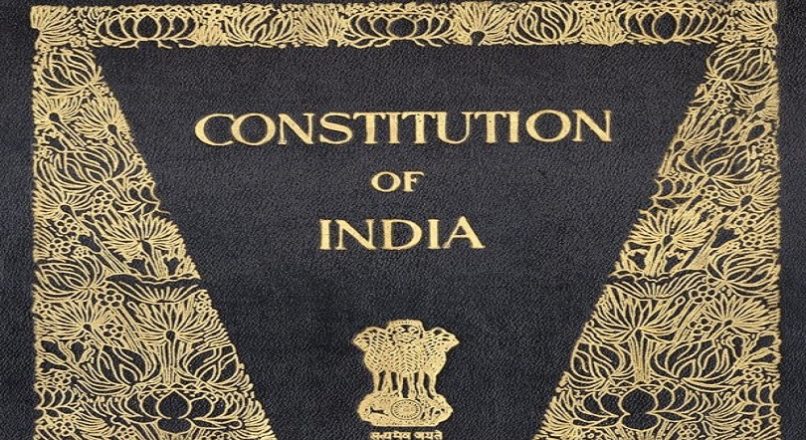 The Constitution of a country is the basic document for governing the country. However, if for any reason, some Articles or concept therein get distorted, and continue for decades; the distortion becomes the standard to follow. That is the case of the Articles 25-30, and to an extent Article 31 as well.

Within religious minorities, too, only one special minority community has been the centre for attention is well-known. It also is a distortion when one examines various decisions and provisions in its name.

Before we go ahead, the background of these articles may first be kept in mind. Why such articles were put in the Constitution.

The idea of ‘minority protection’ was included in the draft Constitution in the years 1946-47, when partition of India was not decided (in fact, till March 1947 the demand of partition was not even taken seriously by anyone in the country). Perhaps it was written to placate the Muslim League, to dissuade it from the demand of partition of the country. Thus in all probability it was from the beginning a political appeasement to humour the League.

But, the same idea and Articles were retained even after the partition already took place! In retrospect, one may observe that it was one of the great blunders the Constitution makers committed. India had not known such minority, majority problems which the term conveys in modern political parlance.

The meaning of ‘minority’ in political terms the world over is very different. It generally means a recognized community historically oppressed and threatened, irrespective of its number, in a country. That way Muslims in India, if anything, were oppressor and definitely privileged for centuries. In any case in no way they were even remotely threatened any time in Indian history. Multitude of literature, of all hues, most of them written for centuries by Muslim themselves, testify it. That the Muslims attacked, conquered, subdued and ruled India. Thus their being a ‘minority’ in a threatened sense was a very wrong assumption, an artificial construct to (unwittingly) harm Hindus by their own leaders!

To be assured of this intent of the Constitution makers, four points may also be considered. First, the Article 14 clearly says that all citizens are equal. This must be in consonance with, not in contradiction to, what follows in further Articles in the same Constitution. Otherwise it makes no sense that you declare all are equal, and then explicitly say that some sections have double rights. The Article 14 and Articles 25-30 were put in harmony, not in contradiction.

Secondly, the Articles 25-28 in the Indian Constitution are given under the heading ‘Freedom of Religion’. Then the Articles 29-30 are there under the heading ‘Cultural and Educational Rights’. Thus also, it is meant for all, not any particular section of the population. The rights of minorities are part of cultural, educational rights of the entire population – otherwise the section would have been differently titled.

Third, what the minority rights mean internationally it would useful to go through the UN document on the subject. The UN had adopted, dated 18 December 1992, a ‘Declaration on the Rights of Persons Belonging to National or Ethnic, Religious and Linguistic Minorities Adopted’ in New York (GA resolution 47/135). It contains 9 Articles. The entire document does not exhort or expect any special, exclusive rights for any minority anywhere in the world. The entire concern in the whole document is to shun discrimination and underline equal rights for the minorities on par with others.

Fourth, in practice too, there is no country in the world where ‘minority’ enjoys such rights which is not available to the rest, that is, the majority. It is quite logical. Because legal equality in theory and practice of all the population, in a country, itself effectively removes any apprehension on the part of any minority.

Since the Indian Constitution was drafted with full knowledge of the best Constitutions of the world at the time, it is a fair to conclude that our Constitution had no intention of creating an unheard of novelty. That is discriminating against the larger part of their countrymen!

Surely, the Indian leaders were not creating such an inexplicable thing as to give a minority (of various categories) something NOT available to others. Had it been so, there would have been undoubtedly so much discussions on this matter with lots of heated arguments and dissentions. Since there is none of it in Constitutional debates, it is a indubitable conclusion that they were only assuring the minorities of the rights on some important issues in so many words – not denying the same to non-minorities.

The text of the original Articles, before any amendment, indicated for the protection of interests of minorities is as follows:

The text read with open mind (say, by a foreign reader with no prejudice) simply conveys forbidding of any discrimination. The earlier articles, viz. Articles 25-28, also use words like ‘all persons’, ‘no person’ and ‘every religious denomination’. It only means, again and again, that the said rights are applied to all sections of the population. The mention of minorities is incidental in the reminding sense only, that they should not be discriminated against in any of the religious, educational and cultural rights, the rights which are the very subject of the Articles. The subject is not minorities.

Thus from every perspective it would appear to any un-prejudiced mind that the rights mentioned in the Articles 25-31 are given or applicable to all the citizens of India without discrimination.

So, the billion dollar question: then how the actual practice of those Articles in Indian polity have been applied to the contrary? That the Articles 25-31 have become the exclusive, superior rights for – mind you – just one kind of minority, religious; and that too, effectively for only one religious minority, the Muslims. How did it happen? The answer is breathtakingly simple.

Because the Hindus were oppressed for centuries, and had a troubled psyche, with meager self-confidence, their leaders were extra busy placating all kind of bullies and smart non-Hindus. In this process they committed one blunder after another, resulting a situation that historical bullies and cunning but resourceful Christian missionaries exploited with great success. They forced the same and similar emotionally insecure Hindu leaderships to give the articles such interpretation that suited Muslims and Christians. Jawaharlal Nehru, totally unfettered soon after the death of Sardar Patel in 1950, being the first Prime Minister was also a great factor. As he, also enamoured by Islam as well as Communism, was temperamentally loath to anything Hindu. The first administration of independent India had an open field to unfold whatever formulations it liked in practice of the Constitution, policies, education, etc.

Therefore, the implementation of the Articles 25-31 in a manner as if they were exclusively concerned with the rights of minorities in exclusion of the non-minorities was a deliberate political action/distortion.

It was done slowly and quietly. It did not invite suspicion of wrongdoing and consequent outrage because the action took place at the hands of the nominal Hindu leaders themselves. The leaders belonging to the Nehruvian Congress, the Communists and the Socialists, the three most prominent political forces in independent India for the first three decades. But all the three were ideologically conditioned for an anti-Hindu stance, or at least careless about the Hindu interests.

The non-Congress, non-Communist political forces were too dumb to understand this seemingly small but highly disastrous development. They took it as just some ‘extra caring for minority’, in the same way as they later accepted socialism also as if a good will gesture, not seeing its already failed practice and very harmful consequences in many countries.

In this way the meaning of Articles 25-30 had been manipulated by the Nehruvian leaders and their socialist-communist cohorts. It were turned into something which was never the intent of the Constitution makers.

This is a case to understand, too, that the meaning of words and statements in politics are decided by determination, strength and consistent education (or stubborn propaganda). That is why the exact same words and sentences written in different political documents could mean entirely different, even contrary, things.

The wrong interpretation of the Articles 25-30, and selective anti-Hindu application of Article 31 have been gradually established and made acceptable by decades of cunning and conditioning. This has been one of the sources of instigating minoritism and anti-Hindu secularism, both totally against the philosophy of the Constitution.

It can be corrected by an equally determined, but clearheaded movement by conscious Hindus. Perhaps only after a sustained effort in educating the Hindus and campaigning for it. The select, privileged minorities – Muslims and Christian missionaries – will accept the original and just meaning only when they will understand that Hindus are fully awakened in demanding EQUAL rights and would no longer accept being second class citizens in their own country

Till then it is the de jure and de facto lower status for Hindus in India. Which is why, many organized spiritual traditions of Hindu society in preset day India try to distance themselves from the Hindu dharma and Hindu society. Simply, because no one wants to remain in lowly situation and associated with a weak society. Sometimes they went even to courts to be declared non-Hindus and given the status of a ‘minority’. It is precisely because a minority tag in India enjoys more power and a Hindu tag less, a pure Hindu tradition wants to be recognized as non-Hindu!

This is an additional evidence that the Hindus in this country have become un-protected by the practice of the political system.

Another practical proof of the lower status of the Hindus in India is: that the Muslims and Christians enjoy double rights in Indian courts. They can go there either as a citizen or as a member of ‘minority’ community to seek redressal. But a Hindu can go to the court only as a citizen. As a Hindu one has no right at all. Thus, it has become a de-facto and de-jure case of two types of citizens in India. Minority and non-minority. The former having two rights, the later only one.

Definitely, this situation was nowhere envisioned in the Constituent Assembly. In any case it is unjust and harmful for the national feelings.

Yet another testimony of distorting the meaning of the Articles 25-30 in practice is that the indication of minority protection has been with the reference of ‘religion, race, caste, language’ in the Article 29. Then, why any caste in India, on the basis of caste category, is never mentioned as ‘minority’ and given similar exclusive privileges?

Likewise, all the languages in India are minority; even Hindi speaking people are minority in two-third sates in India. So where is the vociferous concern or exclusive rights for a Brahman minority or Punjabi minority anywhere in the country?

All the above shows that the case of only ‘Muslim’ minority being the overriding issue in Indian politics has been a willful distortion by the dominant Nehruvian-leftist political leaders and their intellectual cohorts.

They were helped by the carelessness of the general intelligentsia including those from the legal fraternity. Everything was determined by the convenience and collusion of some high-placed individuals. A Constitutional theft, so to speak, was done so openly and confidently – that it looked quite normal. As Sherlock Homes had said about a heist, ‘it is so overt, it is covert’.

All the while the victims of the heist – the Hindus – remained leaderless, thus voiceless. When will this situation change?