Contemporary negationists of the Abrahamic doctrine 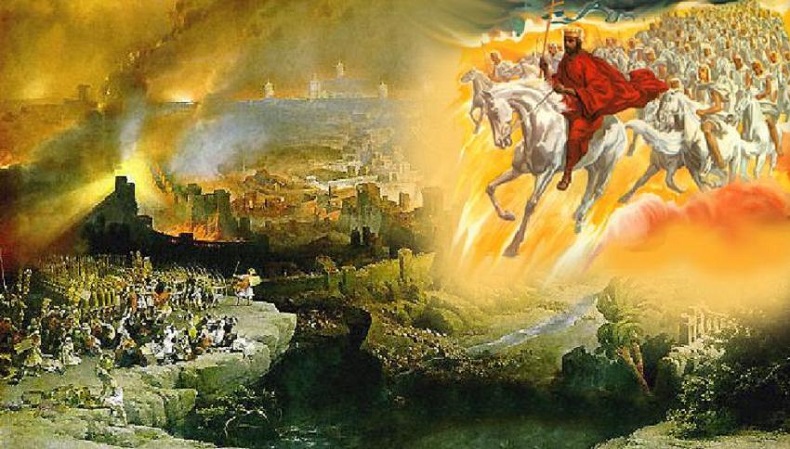 For centuries, the Abrahamic predilection for destroying all places and objects of worship save their own, generally inflicting either their religion on the Pagans and visiting gratuitous cruelty on the more recalcitrant ones was honestly ascribed by Abrahamic practitioners to the promptings of immutable doctrine, duly exemplified by the model conduct of a host of self-professed messengers of the Abrahamic deity.

Ironically, this was also one of the few points of tragically short-lived unanimity between the Abrahamic and the Pagan, before the latter was either dispatched hellward or converted into the former.  However, with the rise of the Enlightenment in Europe, Abrahamic doctrines fell into some disrepute among the more thinking type of European who was often prone to attach some value to his/her pre-Abrahamic legacy.

Abrahamic behaviour towards Pagan places and modes of worship received adverse reviews.  Dialectical materialism, itself an Abrahamic heresy as per Bertrand Russell, also mounted a formidable attack on its senior Abrahamic relatives. Initially, this attack was intellectual and later physical, as exemplified by the erstwhile Soviet Union. Thus, apologists of the Jesus-based Abrahamism have been very busy and even formulated ‘Liberation Theology’ to counter the latest prodigal child who was perplexingly a votary of Almighty History, rather than merely the Almighty.

In contrast to the resolute and unshakable intellectual hostility to all activity and thought deemed ‘religious’ by the neo-Abrahamism of Marxist thought, its watered-down version among its votaries living away from proletarian paradises such as the (former) Soviet Union proclaims that ‘it is good to be rich’ (and famous), even if it entails a bit of collusion with the peddlers of one opiate against the peddlers of another.  The allied (senior) Abrahamics often view such voluntary neo-Abrahamic supporters as ‘useful idiots’ to be tolerated in the battle against a greater evil, like unregenerate and incorrigible Paganism, for instance.

A sterling example such an alliance running its course is that of the extinct Iranian Marxists who supported the Islamic revolution in 1979.  Another telling example of such behaviour on a chronic basis is observed among Indian academics who have consciously received this great Marxist baptism, or have unwittingly endured a thorough soaking in the ideological Jordan of their baptized professors and are unaware of any alternative interpretations of reality.  As Francis Xavier astutely noted, children often make better converts than their parents. Thus, deeply felt ideological conviction matures over intellectual generations into a fashionable habit and eventually establishes itself as a persistent reflex.

Thus, the treatment meted out to the Hindu Pagans, and their places and objects of worship by the prophetic-monotheistic tyrants and invaders in India (both foreign and native) under the influence of their monopolistic and monomaniacal doctrines have come in for some creative treatment by those who claim to be ‘objective’ historians. This sometimes takes the form of the said votaries strenuously attributing solely economic motives to all the religiously motivated cleansings of Pagan sanctuaries that allied Abrahamics indulge in as an expression of piety.

So, for instance, if Timur or Aurangzeb or Mahmud Ghaznavi are reported to have destroyed the ‘idolators of Hind’ as part of their Islamic mission by their admirers, or even claim this distinction themselves in their autobiographical notes, it is creatively interpreted as a cover for allegedly more durable and relevant political and economic motives.  Of course, the Hindu Pagans can keep brandishing Eliot and Dowson’s ‘The History of India as told by its own historians’ till the final deluge of Pralaya, but one of the qualifications for being an eminent historian is the quality of having dispensed with introspection, perhaps because it is a hated Pagan practice anyway.

Strictly speaking, assuming that we don’t take at face value the ancient authors, who are prone to exaggerate at the drop of a hat, you can insinuate what is termed ‘reasonable doubt’ in the legal sense.  After all, the ancient tyrants are not around to explain themselves as to what exactly their intentions and calculations were, and whether they and their panegyrists were merely dissimulating to provide a research topic that could keep modern Indian historians enmeshed in a semblance of frenetic academic activity that keeps them off the streets.

Now, this is where a major opportunity has arisen for our dialectical materialist historians and assorted ‘interrogators of complex and nuanced historical narratives’ to carry out some experimental work in the social sciences, as it were.

Now, the newly-created Islamic State has been systematically destroying several historical artefacts, shrines and even entire ancient cities, and has been clearly advertising its Islamic motivation time and again. We would like the eminent historians and other ‘progressive thinkers’ who are able to divine the intentions of long-dead tyrants to suggest economic and political solutions to ensure that the Islamic state spares at least a fraction of the historical artifacts that they are targeting.  For example, these eminent historians could start by offering to buy some or all of the museum holdings that are imperilled by the ongoing ISIS iconoclasm.  These could then be turned over to one of our own national museums to be held in trust for all of humanity.

With due apologies to Marx (not Groucho), for too long have our historians been content with describing the dead ancients—the point is to change your live contemporaries.