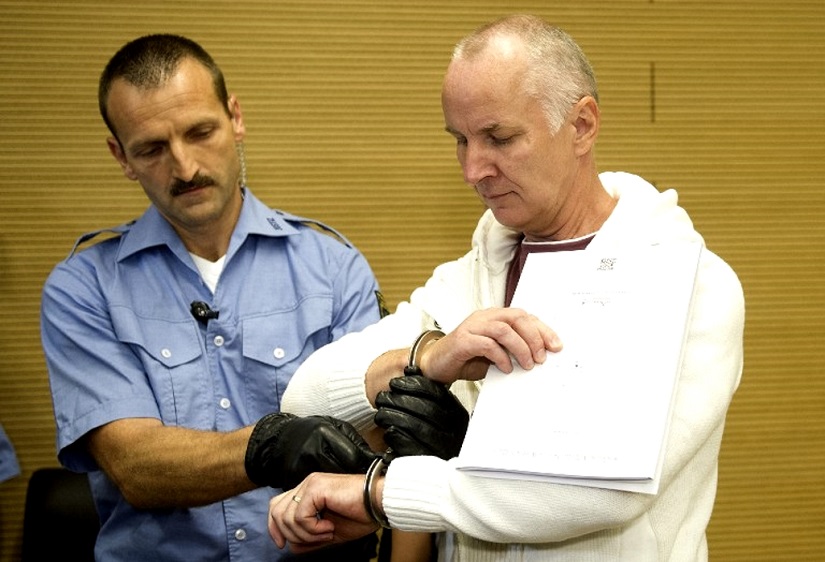 Note: I posted the following letter on Twitter, as a satirical response to stereotyping about Indian men by a German professor, who was supported by German media.  Disclaimer: This is satire about stereotyping. It was not sent to the German ambassador or the professor. It is to drive home the issue of political stereotyping.

The letter is obviously satire, I have no desire to see Germans being expelled from India or anywhere else, but it is based on real facts.  Given the thousands of people active in German cannibals networking forums (as far as I know there are no Indian rapist networking sites)  there would be more grounds for suggesting that an interview with German cannibal and police chief Detlef G represents the “mind-set” in German culture than an interview with a criminal rapist represents the “mind-set” in Indian culture.

The disproportionate highlighting of rapes in India comes from Orientalism and colonial consciousness that draws upon and perpetuates cultural stereotypes.

There was an incident of violent rape in New Delhi, India. Thousands of protestors took to the streets. This happens precisely because Indian civil society, carrying Indian cultural values, found this unacceptable. The protest was against the government and the, often slow-moving, system of criminal justice in India.  As a Canadian filmmaker, who happened to be in New Delhi during the Nirbhaya protests, remarked to me, “I wish people in North America would take to the streets against rape.”

Indeed violence against women is a worldwide problem and evidence suggests that it may be more severe in Western countries such as the US, UK and Sweden.  However, this incident has been leveraged for its precise opposite, to create a hate campaign against Indian culture, in some cases with an agenda.

One consequence of this stereotyping was this letter from a German professor to an Indian student. The German professor was explicit about her reason. Far more people would simply act on their stereotypes without spelling out their reason.

Reports from Germany suggest that the professor’s views have widespread support and there has been a consistent campaign to specifically highlight rapes happening in India and put “Indian culture” in the dock for it.

Colonial consciousness constantly looks to blame culture for criminal acts. This is part of the colonial gaze of outsiders as well as native elites that have internalized the gaze. In the same token, even systematic criminal acts in colonizing societies are not seen as attributes of the culture and society but as a deviance from it. Colonial consciousness does not result in any practical solutions to problems since the crimes are attributed to inherent aspects of the culture, which even after hundreds of years of colonization remains incorrigible.

The roots of colonization, and of the colonial gaze, lie in exclusive dogmas of Christianity. In this dogma, native non-Christian cultures are in the grip of Satan and are thus incapable of moral action. As S.N. Balgangadhara has shown, Western secular culture is merely a variant of Christianity. It is another way Christianity propagates itself. The theologically-based dogmas of Satanic native religions needing to be rescued by Christianity simply gets expressed in the civilizing mission of Western liberalism with the need to educate and rescue the natives, especially their women, from their backwards cultures of oppression by the new gospel of human rights and Western feminism. Without this deliverance they would forever remain in the grip of Satan.

Of course, the idea that Christianity would “save women” is ridiculous for anyone with an understanding of the history of Christianity and its killing and subjugation of women, not to mention the killing of the divine feminine, present in the many nature-based traditions of the world that it destroyed.

The other question raised is regarding the ban on the movie India’s Daughters.  The argument being raised is that the rapist represents the “mind-set” of Indians coming from Indian culture and represents “a truth that must be confronted.” I would argue that the outrage is for exactly the opposite reason. If the rapist indeed represented Indian culture, most Indians would be nodding their heads in assent. It is always nice to be validated, to see on screen your own feelings and attitudes expressed. The outrage about the film is precisely because the rapist does not represent us, and we find such attempted misrepresentation outrageous. There are even indications that the rapist’s and possible the defense lawyer’s interviews were scripted by the makers of the film. Even if this is not the case, as I mentioned earlier, to use the rapists view as a representation of Indian culture has less justification than using the statements of cannibal police chief Detlef G as representative of German culture.

It is only after the annihilation of the natives that “nuanced” positive understanding of Native American cultures would emerge from Western liberal scholarship.

India, and Hinduism, despite real problems, and despite all the attempts to brand it as oppressive to women, is one of the few surviving native civilizations of the world with the feminine as divine. The relentless march of the jealous Abrahamic male god has obliterated the rest.  Hinduism still holds tremendous  knowledge and treasures of wisdom for the world that can pull it back from the precipice of environmental catastrophe and mutually assured destruction. The  worldwide popularity of yoga is a testament to the relevance of this wisdom. Nearly eighty percent of the millions of Westerners doing yoga are women. We must question whether the branding of Hinduism and India as women-oppressing comes from the last gasp of the Abrahamic male god that is threatened by the growing interest in Hindu spirituality and the resurrection of mother divine and sacred feminine energy.

[pullquote]The disproportionate highlighting of rapes in India comes from Orientalism and colonial consciousness that draws upon and perpetuates cultural stereotypes. [/pullquote]

This is not to say that women in India don’t face problems of discrimination, abuse and every day issues like eve-teasing. However to understand these we must be able to access our own experiences and look at these with fresh eyes free of the colonial gaze.  Culture blame makes the problems insolvable since culture is incredibly hard to alter.  Neither is that the intent of culture blame. It is to put culture in the dock to prepare it for other forms of conquest, whether it is by evangelical Christianity or by other means. It is when we look at these problems devoid of extraneous agendas and stereotypes that the best solutions will emerge.