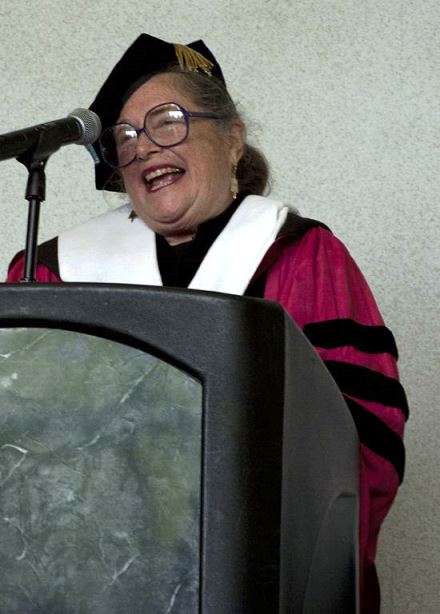 Bridge of discourse between ‘This Hindu’ and ‘That Hindu’
Hindus need to be wary of the intractable opposition between “This Hindu and “That Hindu” that is falsely posited and perpetrated by Orientalists like Doniger. It is true that there have always been marginalized people in India; marginalized in the sense that they have been dispossessed and exploited. But Hindus also devised ways of building bridges between the two and reintegrating them into ‘We Hindus’ based on the value of harmony (samanvaya and bandhutā) and the instrument of transformation (sādhana and samskāra) leading toward an ideal Hindu. The distinct lifestyles of ‘This Hindu’ and ‘That Hindu’ may pose problems for scholars like Doniger in their attempts to understand and write about Hinduism, but they are Hinduism’s glory as a cultural phenomenon. Pluralism and diversity are deeply ingrained in polylithic Hinduism, the Ellis Island of religions as Doniger calls it when she is in her benign mood (pp.43-44). The lines between different beliefs and practices exhibited by ‘This Hindu’ and ‘That Hindu’ are permeable membranes. True, the little traditions and the great tradition were (and are today) divided among themselves on many central issues throughout India’s history. But the bridge of eclectic and internal pluralism leaves the lines of communication open between them. A pivotal example of such pluralism may be found in the Manusmŗti, which argues, within a single chapter, passionately against, and then firmly for, the eating of meat (5:26-56)(see Doniger pp. 43-44).

Doniger’s flawed methodology and skewed critique
Doniger claims that she is a ‘recovering Orientalist’ (p. 34-35). Orientalism stands for the body of knowledge that the European powers began to generate from the seventeenth century onwards with a view to consolidate the economic, military, and political gains they had started making in Asia and Africa. The colonial administrators in British India sowed divisions among the people of India concerning their cultures, religions, and societies by abrogating exegetical control over their traditional systems of knowledge. The discipline of Indology, which is a modern product of Orientalism, provides a clear instance of how (even today) a scholar like Doniger can arbitrarily appropriate the power and the authority to represent Hindus and write their history.

Doniger depends exclusively, by her own admission, on mythology, fiction, and relevant textual sources (mainly produced by ‘That Hindu’) for writing an ‘alternative’ history of the Hindus (p. 35). The fact that the texts keep shouting that women should not read Vedic texts suggests to her that women were capable of doing so and probably did so (p. 36).

“Excavating women’s voices in male texts must be made in the realization that there may be ventriloquism, which is a two-way street. There may be a ventriloquism of women’s voices in male minds. Even when a male Brahmin hand held the pen, as was usually the case no matter what the subject matter was, women’s ideas may have gotten into his head. A hermeneutic of suspicion, questioning the expressed motivations of the author, is therefore required” (p. 37).

As with women’s voices, Doniger is confident that scholars can ferret out voices of many low castes in the ancient texts. And, “once we have access to the oral and folk traditions, we can begin to write the alternative narrative with more confidence” (pp. 40-41).

Since Doniger does not follow the established canons of historiography, her book, The Hindus cannot be called a work of history; not even ‘alternative’ history. It is more like an ‘alternative’ to history! Indologist Kees Bolle has observed that Doniger’s approach lacks philosophical vigor that is highly visible in Hinduism. Since Doniger does not permit the reader along other lines than what she has thought out, Bolle detects here an unhealthy tendency to ‘psychologize’ or ‘personalize’ Hindu documents and data she is scrutinizing. Overall, he finds Doniger’s methodology lacking in ‘openness’ (Bolle 1984: 20-26). Doniger often describes her approach to study Hindu texts as a ‘toolbox’ approach. Depending upon a particular genre or the context in a text, she applies a specific method of analysis just as a workman reaches for a particular tool to fix a problem at hand. Doniger’s ‘toolbox’ is replete with feminist theory, Jungian psychology, literary theory, psychoanalysis, structuralism and other fancy tools. Perhaps a non-Hindu reader may understand the universal reality expressed in relevant Hindu myths using these approaches. But I doubt any average Hindu man or woman would. If you claim to understand the game of chess better and in a more original way, your claim must be so recognized and understood by those who know and play chess.

In The Hindus, the principal target of Doniger’s critique is ‘That Hindu’ representing millions of Hindus. The ‘tool’ she picks up to deal with ‘That Hindu’ happens to be the shotgun loaded with buckshot. The spray is wide enough that it will hit something but every hunter will tell you that any game killed in this manner is so full of [poisonous] lead that it is completely useless as food (adapted from Mylvaganam 2004). Below are some instances where her critique is off mark:

(1) Doniger presents the profiles of ‘This Hindu’ and ‘That Hindu’ as if they were isolated entities with clearly defined boundaries and eternally at war with each other. The fact is, as elsewhere in the world, culture in India is part of a process of change where tradition, belief, and practices were constantly redefined in light of cultural changes, intellectual trends, and personal and communal life experiences. The dynamics of cultural interaction in India has remained syncretistic, reacting to and absorbing elements from a variety of systems and philosophies (Berling 1980: preface xiii). Hinduism is a product of this unique heritage to which both ‘This Hindu’ and ‘That Hindu’ have contributed.
(2) Doniger tacitly introduces a racial divide between ‘This Hindu’ and ‘That Hindu,’ which is patently false. The traditional principle of spatial organization of the people of India is neither racial nor casteist but cultural and territorial: (1) Panca Dravida and (2) Panca Gauda. The Panca Dravida area comprises the four Southern states of today’s India: Andhra Pradesh, Karnataka, Kerala, and Tamil Nadu plus Maharashtra and Gujarat. The Panca Gauda refers to the Northern states. Dravida in Sanskrit means ‘land of the hot sun.’ Hindus of South India who properly followed dharma were and are as much Ārya as Hindus of North India. In the Purāņas and in Sanskrit plays, the wife addresses her husband as ‘Ārya.’ Does it mean she was ‘Anāryā’? Modern historians and some Dalit leaders describe Rāma as Ārya and Rāvaņa, Anārya, which assertion is ridiculous since Vālmiki presents Rāvaņa as a Brahmin!
(3) Doniger’s stress on difference and individualism originates in her Judeo-Christian [Islamic one might add!] baggage. These Semitic religions function as great dividers, setting son against father, daughter against mother, until a man’s foes are those of his own household. In India it is called a samaya (agreement, compact, and contract). Doniger has difficulty in understanding the integrative aspects of Hindu culture because whereas in the West the national state and politics are the chief agents of integration, in India (she claims) the people tend to be united by myth, metaphysics, and art. Doniger dwells on the stress on individualism and difference implicit in the ‘little tradition’ that allegedly separates it from the ‘great tradition.’ But in the process she misses the common theme interpenetrating the ‘little’ and the ‘great’ traditions in Hinduism and Hindu culture.
(4) Another of Doniger’s tacit assumptions is that the Subaltern, non-Sanskritic culture somehow necessarily expresses only the Subaltern (i.e. avarņa) consciousness. In this line of interpretation she seems to follow the Italian political scientist Gramsci who claimed that the “vernaculars are written down when the people regain importance” (1991: 168). Unfortunately this is untrue for India as Sanskritist Sheldon Pollock has argued (1996). Doniger (like Professor Jayant Lele) shares in the widely held belief that the emergence of regional languages in India was due to the efforts of devotees (bhaktas) who mostly came from the Subaltern, marginalized, and avarņa castes. This is a contestable assertion. In Karnataka, for example, old Kannada literature was courtly, suffused with Sanskrit, and unintelligible to those ignorant of Sanskrit. In the north some of the earliest regional-language texts were composed by courtly Muslims (e.g. verses of Mas’ud Sa’d Salman, ca. 1100, of the Yamini Kingdom of Lahore; see (Pollock 1996: 244-245). The relationships between language, literature, and social power or status cannot be analyzed by any simple formula transferred from Europe, as Doniger (and Lele) tend to do in their critique of ‘That Hindu’ or Hindutva. Like Lele, Doniger sets up for herself the task of challenging and dismantling the homogenizations and hegemony that the Sangh Parivar (read ‘That Hindu’) has supposedly fabricated. She seeks to unmask the pretensions about a Hindu history that is viewed as a linear syncretic process. She thereby hopes to place the necessary weapons of critique back in the hands of those Subaltern Hindus from whom the Brahmins had violently stolen them (see Lele 1995: xxi).
(5) Doniger begins her final, concluding chapter with a quotation taken from a small tract on Hindu nationalism allegedly written by Golwalkar as evidence of how ‘That Hindu’ abuses India’s history for his own narrow and bigoted ends. This same quotation has been ‘milked’ to exhaustion in dozens of so-called scholarly monographs by Western and Indian academics, historians, and Indologists who conveniently create a ‘straw-man’ out of Golwalkar as an iconic Hindu fanatic. Like most other scholars, Doniger demonizes Golwalkar and his thought as intolerant on the basis of just one paragraph from a pamphlet We, Our Nationhood Defined(pp. 48-49). This is unhistorical, besides being incompetent and biased scholarship considering the fact that Golwalkar only translated that work into Hindi originally written in Marathi by Balarao Savarkar, the younger brother of Vinayak D. Savarkar. It does not necessarily mean that Golwalkar, as the translator, endorsed or espoused all the ideas presented by Balarao Savarkar. Furthermore, Golwalkar was active in India’s public life thirty-five years after the pamphlet came out and his works run to thousands of printed pages collected in twelve volumes. One would expect a more nuanced assessment of Golwalkar from “one of the foremost scholars of Hinduism in the world” as claimed in the blurb of The Hindus. Those interested in an ‘alternative’ perspective on Golwalkar may consult Tilak (2008).