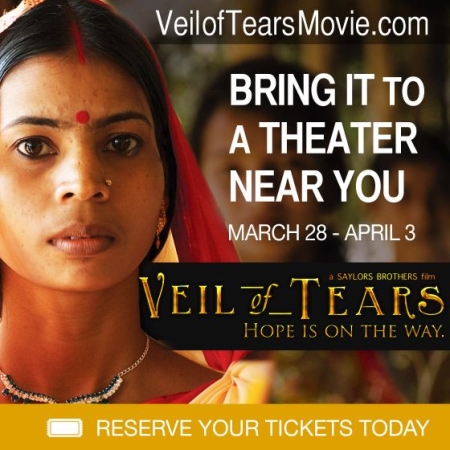 This is a guest article by IndiaFacts reader Shiva Kumaran, an IT professional from Bangalore.

Recently, I came across the announcement for an upcoming documentary movie entitled Veil of Tears: http://veiloftearsmovie.com/

The official trailer mentions about the horrible incident in Delhi-2012 and generalizes it to “violence and oppression of women of India” as well as to “cultural persecution [of Indian women] follows from their birth to death.” So how far is this description accurate?

Speaking for myself, I–and crores of Indian men and women–do not feel or view Indian women or any other women in this manner. One can even extend this beyond even human beings, but that would be a digression from the purpose at hand.

The storyline of the movie is captured below:

“This gripping new documentary film tells the untold story of millions of women in India who are culturally persecuted for no other reason than the fact that they are women (emphasis mine).”

In many of our understanding, India is a Bhoomi (sacred land) whose people have deified their women. I haven’t studied Hindu theology/Itihasa much, but from the little that has been handed to me through civilizational memory, innumerable number of sagely women have been celebrated in this land and worship divinity in a multitude of forms – womanhood included.

If so, how can such an aspersion be cast on the people of an entire civilization? Why the broadbrush? What is the itch which causes people to look at our nook and corner and focus on the exception and display it as the norm? What is the agenda?

Rajiv Malhotra (and many others like him such as Sitaram Goel, and Arun Shourie in the past) had discussed several aspects of what’s known as “Atrocity Literature” in his original treatise “Breaking India” (co-authored with Aravindan Neelakantan).

At the heart of movies like Veil of Tears lies both overt and cover Evangelical agenda.

Apart from urban slum dwellers, the rural poor, and the tribals, one of the target groups for evangelism are vulnerable Hindu widows. It is therefore my educated guess that this movie too is likely to make it appear, to its intended audience, that there is something rotten about Indian  (read: Hindu) culture which oppresses and violates its women.  On the contrary, within the traditional joint family system of India (if one could suppose that as a cultural norm), the mother was the head of the home. Thus, how is it justified to blame Indian culture itself for a few terrible but stray, incidents?

In this specific instance, we learn that the “proceeds of this film will be donated toward our continued efforts to change lives on a social, educational, health and spiritual level.”

Let’s decipher this noble-sounding statement with the aid of the facts which the movie makers have themselves put in the public domain.

“Our” here refers to the multinational charity organization/NGO, “Gospel For Asia” (GFA) (Indian site) or “Gospel For Asia” (US website). According to its website, GFA  is a charitable trust which works under the leadership of the Believers’ Church. Its Founder and President is Rev. Dr. K.P. Yohannan. Both the organizations are located in Thiruvalla, Kerala. And Rev. Yohannan is interviewed by a News Agency on this movie here, a pretty revealing interview at that.

The foreign money received by these organizations over the last seven years, as filed with the Ministry of Home Affairs under the Foreign Contribution (Regulation) Act (FCRA) is summarized in the chart below:

An example of Foreign Contributions (FC) returns filed by GFA is  here and by Believers Church India is here. Noticeably, both have received funds from “Gospel For Asia Inc” located in Carrolton, Texas-75010.

And all these fund flows are perfectly legal in India.

Now let us return to a slightly detailed examination of the proceeds of the Veil of Tears that will be donated to GFA and see what is at work here.

It gives me a queasy feeling that my name is being possibly besmirched and the money that this activity raises is funnelled back to change my culture — of which I am justifiably proud.

But the crucial question remains: are there enough Indians who are proud of their culture of worshipping the feminine and are repulsed by such a caricature?