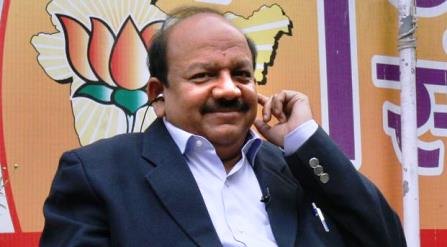 Note:  This is a guest post from IndiaFacts reader and admirer, Shwetank Bhushan.

Among the 5 states facing state legislative elections, the story in Delhi looks the most interesting. The fun started the day Arvind Kejriwal started a new political party, the Aam Admi Pary (AAP). There was a certain enthusiasm and craze among all political pundits to analyse what a new entrant like AAP could do in such a high profile election battle set to be fought between the incumbent Congress and the main opposition party, the BJP.

In the first half of 2013, the two national parties considered AAP a joke or saw it as a spoiler. The cadre had enthusiasm and put in lots of hard work, but they were often immature. This immaturity was excused by the citizens as innocence, and soon enough, there was a buzz. Then something unprecedented happened. The support from the public grew enough to create panic among the two leading national parties the capital.

Survey after survey indicated that the Aam Aadmi Party was fast shifting from being a spoiler in the upcoming Delhi elections to a possible kingmaker. An ABP News—AC Nielsen pre-poll survey showed that the debutante AAP was set to play a key role in the December polls and could decide who formed the new government.

Let us analyze the numbers:

From late September to mid October, AAP peaked. There was excitement in the media as well as among the Delhi voters when it emerged that AAP could emerge as the real kingmaker. Indicating a steep rise in support for the AAP, the second C-Voter survey, conducted six weeks after the initial poll, predicted a 7 % rise in its vote share, from 20 % to 27%. The survey also showed a jump of 11 seats for the AAP (from 7 in September to 18 in November).

For the incumbent Congress party, its vote share has dropped 2%, moving from 32% to 30%. In terms of seats, this translates to a drop from 29 to 24. The survey, which was conducted just after the BJP declared Dr. Harsh Vardhan as its CM candidate, had shown a negative growth for the main opposition party. While the BJP may have banked on nominating Harsh Vardhan as its CM candidate, the survey showed that the BJP would finish tantalizingly short of a majority in the 70-member assembly. Its vote share would drop by 5% (moving from 36% to 32%), which would mean they would now be left with 28 seats instead of the earlier prediction of 33 seats.

The survey also predicted that AAP’s Arvind Kejriwal was the city’s favorite Chief Ministerial candidate. The untested AAP convener’s support base rose from 17% to an astounding 34%. BJP’s Vijay Goel polled 18% while the new nominee Harsh Vardhan got 24%. Reacting to the survey results, AAP’s Shazia Ilmi said “The buzz is around.” Thus, the AAP seemed to be making huge inroads and even after Harsh Vardhan was announced as the CM candidate, the BJP’s vote share has not gone up significantly. This prompted senior journalist Vinod Mehta to say AAP could very well form the government in Delhi.

The story changes
In November, India Today-ORG published the results of a new survey. This is what it showed:

Going by the new survey, the contest is likely to be fierce and unpredictable in at least 15 Assembly seats in Delhi. Note that this is a state where victory margins were as narrow as 200 votes in the 2008 elections.

The AAP helped the Congress by taking the marginal votes of the BJP. People, who opposed the Congress but looked for fresh options, seemed to prefer AAP. Thus, the presence of AAP seemed to be more damaging for the BJP. Let us examine the following table for greater clarity.

It appeared that unbridled price rise, especially vegetable prices—particularly the price of onions—was likely to dearly cost the Congress. Apart from rising prices, a shocking apathy of the Government to ensure women’s security, and water and electricity problems had already dented Sheila Dixit’s rule. These factors apart from the high degree of anti-incumbency should have ideally titled the electorate towards the BJP.

However, with the emergence of the AAP, the BJP’s vote share was likely to go down. This brings us to the main questions:

(1) How much will the AAP eat into the BJP’s share to create a space for itself?

(2) Will it be successful (even if unintentionally) in saving Sheila Dixit’s Government?

The AAP did manage to create a buzz, raise expectations and become a phenomenon. It did not have a political track record, so it had to rely on promises and image building. The entire buzz was around a “party with a difference” slogan. This was boosted by Kejriwal’s association with the India Against Corruption team and his image of a no-nonsense, honest activist. His promises initially resonated with the general public and the party started making inroads in capturing the voters’ mindshare.

However, promising things is easy, but actual politics is not. As the elections drew closer, the blunders began. There was a clear shift from the agenda of being the “party with a difference” to becoming a party practicing Muslim-appeasement politics. Examples include calling the Batla House encounter fake, Prashant Bhushan’s advocacy for a free Kashmir, aligning with the fanatical Tauqeer Raza etc. Also, ticket distribution to winnable candidates and maintaining the image of “absolutely clean” became the biggest challenge for AAP.

And then there was the sting operation which seriously dented the AAP’s image. This dent was further exacerbated when the AAP called these stings a farce. Thus, the very party that emerged from doing exposes and stings, now wanted to get away with an internal enquiry and give themselves a clean chit! With these blunders, this party’s lead started slipping. If this trend continues, every percentage shift of votes away from AAP will add to the BJP’s pool, from where it had initially made inroads.

There is another factor which is going to hurt AAP: the Modi groundswell. AAP enjoys a core voter base of mostly decent, educated, middle class individuals. This group connects with Modi too, and is now swiftly moving from AAP towards the most obvious party that can oust Sheila’s Govt. At least a 2% vote shift towards the BJP in the last few months has occurred due to the Modi factor. This shift was further compounded by the BJP’s choice of Dr Harsh Vardhan as the party’s CM nominee, which was a masterstroke. Transparency, which is the cornerstone of the doctor’s blueprint to rebuild Delhi, seems to have hit the right note with the population. An additional advantage has been his approachable, down-to-earth style.

Looking at the shift of the mood at the very fag end of the campaign, it seems that while Arvind Kejriwal has made a phenomenal debut, Dr Harsh Vardhan is firmly scripting a BJP win. As things stand, BJP will most likely get more seats than what Sheila Dixit got last time. The AAP has been reduced to a prisoner of its own grandiose and aggressive sloganeering.