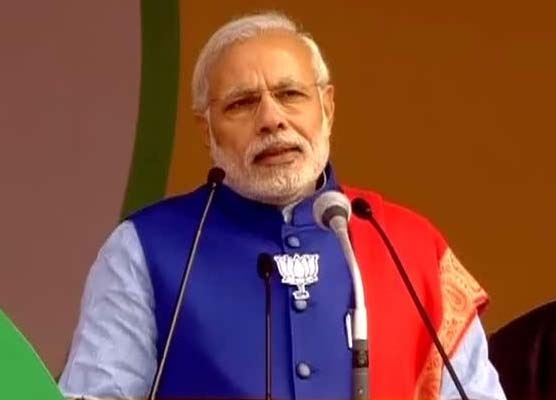 Aam Aadmi Party boss Arvind Kejriwal’s impressive victory in Delhi Assembly elections is also the resounding defeat of the Narendra Modi government and the Bharatiya Janata Party, notwithstanding the protestations of the saffron party leaders to the contrary. But even more than anything else, it is the defeat of symbolism, claptrap, and jamborees that have become synonymous with the Modi dispensation.

Since his grand success in May last year, a conviction grew in the Modi camp about his superhuman capabilities to do everything right, be it electoral campaigns, initiatives in foreign policy and national security, the economic arena, or governance at large. While the conviction was largely justified in the Assembly polls before Delhi and the policy regimes pertaining to external affairs and defence, the same cannot be said about economic policy and statecraft which experienced no major breach with the past. Convinced that he had a mandate for 10 years, Modi immediately donned the mantle of a statesman; and statesmen think about the next generation, and not the next election, he focused on the ‘big picture.’

[pullquote]Whenever questioned about the slow pace, or lack, of change, BJP leaders would brusquely remark that the Congress’ misrule of more than half-a-century could not be undone in a few months[/pullquote]

Now, the big picture is often a big trap, affording politicians to wallow in bunkum and fall in love with sycophancy. So, he became a Jan Nayak, Hindu Hriday Samrat, the first Hindu leader to rule the country after Prithviraj Chauhan, Great Visionary, and long is the list of epithets his worshippers showered him with. He himself talked about superpower India, Jagadguru, Make in India, the Indian century, world-class infrastructure, smart cities, etcetera. From the Sangh Parivar’s perspective, a new, post-Nehruvian era had dawned; saffron apparatchiks were on the top of the world. From the top, one takes a bird’s eye view, which is usually picturesque. The apparatchiks, too, found everything around themselves pleasing while going to the hustings.

A worm’s eye view, however, was unchanged: the same ubiquitous squalor, notwithstanding the Swachh Bharat atmospherics; the same disingenuousness on corruption (no big politician thrown behind bars); the same law and order situation (the brutal Rohtak case being a recent example); the same deceit of ruling party spokespersons (now there is Sambit Patra instead of Sanjay Jha); the same duplicity on black money (‘we have to respect international pacts’); the same populism; the same administration (nothing heard of judicial or police reforms in the last eight months). The Modi government started looking, talking, and behaving more and more like the Congress-led UPA regime, except in phraseology. And in pomp and pageantry. Few, if any, in the quarters that matter noticed this fact.

Complacency was a natural consequence. Whenever questioned about the slow pace, or lack, of change, BJP leaders would brusquely remark that the Congress’ misrule of more than half-a-century could not be undone in a few months; it takes time to chalk out correct policies and execute them; Modiji is taking care of everything. Be patient, we were told.

Complacency was married to pomposity and symbolism. Instead of making the municipal bodies efficient and professional, everybody from ordinary citizens to politicians, bureaucrats, and celebrities are asked to devote 100 hours a year to clean up the surroundings. Instead of scrapping retrospective taxation, carnivals like Make in India were organized to attract investors. Not much of solid action, a great deal of histrionics. In politics, histrionics do play a role, but only to a certain extent.

Similarly, the potency of campaigning—in which Modi’s BJP has acquired considerable flair and finesse in the recent times—is not unlimited. The same slogans and dialogues cannot be sold again and again without some kind of delivery—which was completely lacking. Over the months, the BJP has started appearing like a company which does excellent marketing but sells shoddy goods. In a competitive market, such a company cannot thrive for long. And Kejriwal is anything but uncompetitive; he proved it in the recent Delhi Assembly elections.

Kejriwal indeed has worked hard to get back into relevance, so he deserves all the adulation and applause for his feat. But he should not forget to thank the Prime Minister for preparing the pitch for him on which he batted so well.