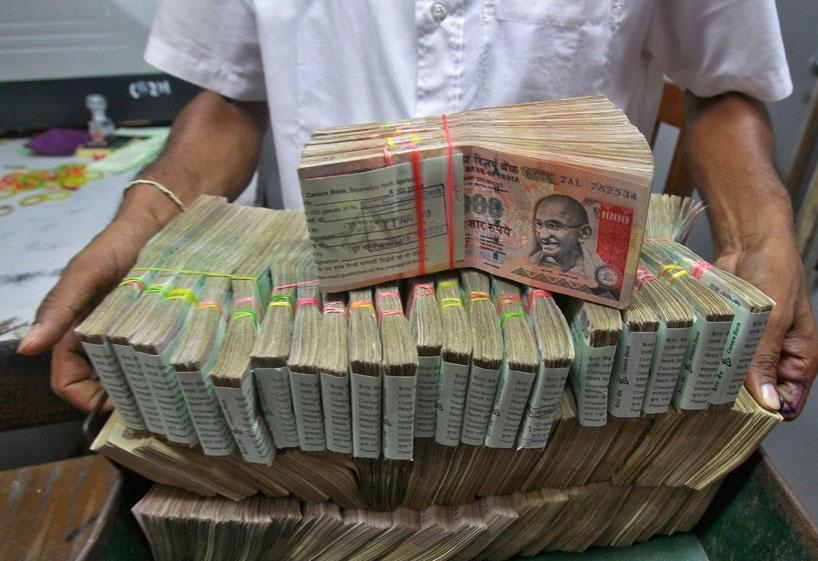 It officially has “cancelled the legal tender character of high denomination notes”, a fine, but careful distinction between “de-legalisation” and ‘’demonetisation’’ that is now before the Supreme Court. This is also because, post-1978, no demonetisation is possible unless section 26(2) of RBI Act, 1934 is amended. However, in popular perception this has been called ‘’demonetisation’’, and so that is the word used here.

In this essay an analysis of the demonetisation is attempted from a dharmic perspective, starting with Chanakya’s advice –

“Before you start some work, always ask yourself three questions: why I am doing it, what the results might be, and will I be successful. Only when you think deeply and find satisfactory answers to these questions, go ahead.”

It appears the decision to demonetise had been thought about deeply.

So, now, taking up Chanakya’s first question, why did the Prime Minister take this decision?  Gleaning from various sources, including the Prime Minister himself, we can arrive at 5 probabilities, the first of which was pithily stated by the Union Defence Minister:

1. An attack on four asuras – In an interesting metaphor used by the Union Defence Minister, he said demonetisation was an astra which in one go attacked four asuras –

These four asuras are a direct threat to our country’s external and internal security. Securing the rashtra from enemies, both internal and external, is the dharma of the king.

Such an understanding is heavily based on consumerism as its core. This is analogous to the Charvaka darshana, which says-

And, therefore, the Charvakas believed only in two purusharthas – artha and kama, that is, accumulation of “money” to satisfy “desires”.

However, a broader and widely-accepted dharmic perspective holds that money (artha) is much more than the modern economic and Charvaka understanding of it.  Money also performs a crucial role as a tool for social transformation.

3. Purusharthas – Money forms the second component of the four purusharthas, that is, dharma, artha, kama and moksha. These purusharthas are widely accepted even among celebrated Charvakin like Vatsyayana, as an institutionalised set-up to attain transcendence (Kamasutra 1.2.1-1.2.4).

Dharmic values believe in accumulation of artha, such that it can be utilised to satisfy kama only by dharmic means, thereby transcending these towards the attainment of moksha, which is the realisation of one’s own self – the Supreme Brahman, as said-

In other words, money is not an end; rather, it is a means to an end that is moksha.

Dharma preceding artha establishes a natural mechanism of checks and balances for a just society.

Yogakshema is the dharma of the king to enable the citizens to achieve the four purusharthas, that is, to achieve both individual and social transcendence.

Following from the Prime Minister’s interview and description by the Union Defence Minister, the demonetisation can be clearly interpreted as a component of a larger plan, which aims at re-establishing dharma in its rightful position, within the modern socio-economic setup.  Deposits in the banks exceed Rs 12 lakh crores, and this money is to be utilised for welfare of the weaker sections in the society via schemes like Pradhan Mantri Garib Kalyan Yojna.

The king, bearer of danda, is to ensure that all citizens abide by their respective dharmas and purusharthas.

To further ensure that all abide though their respective dharmas, the danda has been tightened, as reflected in –

In fact, some transformation becomes apparent in the following examples –

The above examples are from two very different social strata, a welcome step in social transformation.Most importantly, the demonetisation drive revived in some parts of our country commercial transactions reliant on the word of the persons concerned.

5. Invoking the sacredness in currency – Dharmic tradition believes that all creation is a manifestation of the divine –

We may speculate that currency is no different but an arthic manifestation of divinity. Take the new Rs 2000 note.  It uses certain symbols and, the Reserve Bank itself is silent over their choice, we are left free to superimpose our own dharmic significance into them –

Animal – the elephant is a representation of Shri Ganesha, the bestower of shubh-laabh and riddhi-siddhi (wealth and prosperity, intellectual and spiritual powers). Shri Ganesha is invoked at the beginning of any new endeavour so that it can be accomplished nirvighna, without any obstacles.

Bird – whether hamsa or peacock, the ekahamsa is the divine, Supreme Brahman, in dharmic traditions, and the peacock is the vahana of Kartikeya (battling asuras) and its feather ornaments Sri Krishna (who teaches of battling adharma).

Flower – the lotus is the seat of the personified form of wealth, that is, Devi Lakshmi.

Colour – it is deliberate that the magenta colour washes away, leading to speculation that this note, as wealth, may be transient too.

The previous analysis dealt with the first question, that why did the Prime Minister take this decision. Now we move to the next question, which is the focus of most public attention, that is, what might the results be?  Various aspects to explore for an answer are –

As said in the Bhagavad Gita –

One only has the right to choose their karma, dispassionately to the extent that one remains detached from its fruit – nishkaam karma. And certainly, karma must be based on dharma –

When the king protects the nation, subdues the robbers and thieves, and is victorious in battle, that is called raj dharma. And this, in our context of demonetisation, is quite explicitly the battle against thieves and robbers that the Prime Minister is fighting. He seems to be committed to performing yajna of Rashtra Nirman, based on raj dharma.

Devas adore the performer of yajna, not the one who slumbers.

And this Prime Minister has repeatedly emphasised that for him the praja are the devas.