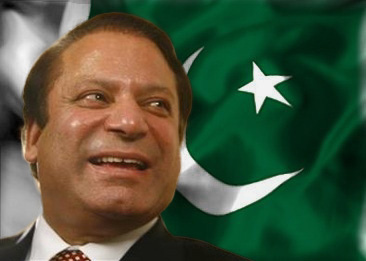 Assertion: On the eve of Manmohan Singh and Nawaz Sharif’s meeting in New York, the Pakistani Prime Minister invited some journalists to a breakfast meeting in which he called Manmohan Singh a “dehati aurat.” Loosely translated, “dehati aurat” means a rustic woman.  The remark generated outrage in India as expected. Among others, the Indian social media erupted in fury at the manner in which its Prime Minister was slighted by an enemy nation.

However, what also compounded to this outrage was the fact that Barkha Dutt, a prominent face of NDTV, arguably one of the most well-known TV news channels denied that Nawaz Sharif had taken that jibe against Manmohan Singh.

The video linked above shows the anchor grinning uninhibitedly, quite obviously delighted at his Prime Minister’s crude remark.

The fact that Barkha Dutt was indeed present in that meeting when the remark was made is also corroborated by another Pakistani news channel, Dunya. This video carries the report of its correspondent calling in from New York mentioning the fact that NDTV’s Barkha Dutt repeatedly sought Nawaz Sharif’s audience, and was finally invited to that breakfast meeting. It confirms too, that Nawaz Sharif had indeed called the Indian Prime Minister a “dehati aurat.”

Equally, another giveaway is Barkha Dutt’s own attempts at defence on Twitter. From declaring initially that she was not present at the meeting when the remark was made to trying to do damage control, her multiple flip-flops were veritably an admission that she had tried to defend the indefensible. The whole saga is recorded here. For a more detailed dissection of the episode, head here.

Nawaz Sharif was upset that Manmohan Singh had met the US President Obama on 28 September and said that Pakistan was still the epicentre of terrorism. This then was the background for his below-the-belt jibe at Dr. Singh.

A hugely embarrassed Nawaz Sharif on learning about the furore caused by his remark has attempted a belated damage control by denying that he ever made that remark. However, given the wide media coverage, reported by multiple media outlets it is quite clear that Sharif had indeed made that remark.