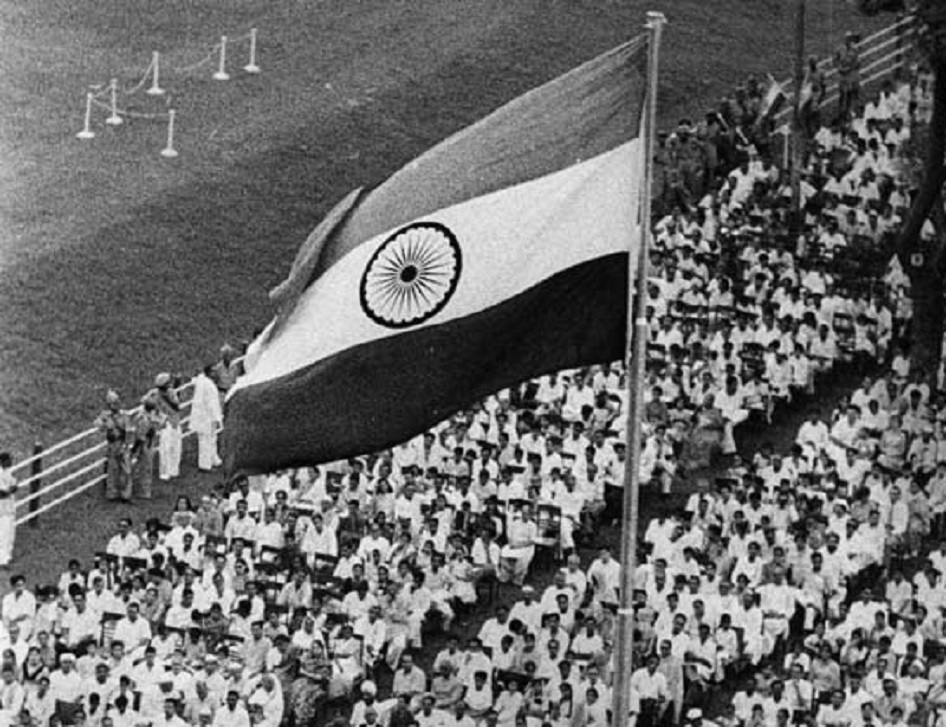 This is the fourth part of the IndiaFacts series on distortions of Indian History.

Just as ancient and medieval history has been distorted under Congress patronage, history of the Freedom Movement has also been dressed up to favour the Congress and the Communists. This distortion has the following three parts: (1) Building up the role of Gandhi and Nehru while suppressing the contribution of others, notably Subhas Bose. (2) Whitewashing Gandhi’s terrible blunder of supporting the Khilafat Movement and the atrocities of the Mopla Rebellion that followed. (3) Whitewashing the treachery of the Communists.We can take a brief look at each one of them.

It is commonly believed that it was the Congress Party through its various movements like the Quit India Movement of 1942 that brought freedom to India. This fails to explain the fact that the British granted independence only in 1947 while the Quit India Movement had collapsed by the end of 1942. The question that naturally arises is—why did the British leave in such great hurry in August 1947? The answer was provided by Prime Minister Clement Attlee, the man who made the decision to grant independence to India.

When B.P. Chakravarti was acting as Governor of West Bengal, Lord Attlee visited India and stayed as his guest for three days at the Raj Bhavan. Chakravarti asked Attlee about the real grounds for granting independence to India. Specifically, his question was, when the Quit India movement lay in ruins years before 1947, where was the need for the British to leave in such a hurry? Attlee’s response is most illuminating and important for history:

In reply Attlee cited several reasons, the most important were the activities of Netaji Subhas Chandra Bose which weakened the very foundation of the attachment of the Indian land and naval forces to the British Government. Towards the end, I asked Lord Attlee about the extent to which the British decision to quit India was influenced by Gandhi’s activities. On hearing this question Attlee’s lips widened in a smile of disdain and he uttered, slowly, putting emphasis on each single letter — “mi-ni-mal.” (Emphasis added.)

The crucial point to note is that thanks to Subhas Bose’s activities, the Indian Armed Forces began to see themselves as defenders of India rather than of the British Empire. This, more than anything else, was what led to India’s freedom. This is also the reason why the British Empire disappeared from the face of the earth within an astonishingly short space of twenty years. Indian soldiers, who were the main prop of the Empire, were no longer willing to fight for the British. What influenced the British decision was the mutiny of the Indian Navy following the INA trials in 1946. While the British wanted to try Subhas Bose’s INA as traitors, Indian soldiers saw them as nationalists and patriots. This scared the British who decided to get out in a hurry.

Attlee repeated his argument on at least two other occasions, including once in the House of Commons. During a debate in the House of Commons, he told Churchill that he would agree to the latter’s suggestion of holding on to India if he could guarantee the loyalty of the Indian armed forces. Churchill had no reply. The Labour Prime Minister was as much an imperialist as Churchill, but more pragmatic, prepared to see the writing on the wall.

This is sure to come as a shock to most Indians brought up to believe that the Congress movement driven by the ‘spiritual force’ of Mahatma Gandhi forced the British to leave India. But both evidence and the logic of history are against this beautiful but childish fantasy. It was the fear of mutiny by the Indian armed forces — and not any ‘spiritual force’ — that forced the issue of freedom. The British saw that the sooner they left the better for themselves, for, at the end of the war, India had some three million men under arms. One would have to be extraordinarily dense — which the British were not — to fail to see the writing on the wall.

So, as the great historian R.C. Majumdar wrote, Subhas Bose with his INA campaigns probably contributed more to Indian independence than Gandhi, Nehru and their movements. The result of Subhas Bose’s activities was the rise of the nationalist spirit in the Indian Armed Forces. This is the reason why Nehru, after he became Prime Minister, did everything possible to turn Bose into a non-person. He wanted no rivals.

This brings us to Mahatma Gandhi and his ill-fated nonviolent Non-Cooperation Movement. Most Indians have been made to believe that it was the first of Gandhi’s movements for India’s freedom. This is completely false. The Non-Cooperation Movement was for the restoration of the Sultan of Turkey as the Caliph. This was known as the Khilafat Movement, launched by Indian Muslims, led by Maulanas Mohamad Ali and Shaukat Ali. In fact, Gandhi postponed Tilak’s Swaraj Resolution by nearly ten years in order to join the Khilafat. Lokamanya Tilak had died in 1920 and Gandhi and the Ali Brothers launched the Khilafat in 1921. Gandhi even diverted a substantial part of the Tilak Swaraj Fund to the Khilafat. Indian history books omit the fact that the sole purpose of the Non-Cooperation Movement was the restoration of the Sultan of Turkey.

Gandhi promised the Ali Brothers that the British would be driven out ‘within the year’. The failure of the Khilafat agitation, whose goal was to replace the British Raj with what Annie Beasant called ‘Khilafat Raj’, led to a Jihad known as the Mopla Rebellion in which thousands of innocent people were slaughtered. Moplas are a Muslim sect of the Malabar district in Kerala. History books, controlled by the Congress-secularist establishment rarely mention the Mopla Rebellion, which was the main result of the Gandhi-Congress support for the Khilafat Movement.So what is so bad about the Moplah Rebellion that they want to hide it? Sir Sankaran Nair, an eyewitness to the Mopla horrors had this to say in his book Gandhi and Anarchy:

For sheer brutality on women, I do not remember anything in history to match the Malabar [Mopla] rebellion. … The atrocities committed more particularly on women are so horrible and unmentionable that I do not propose to refer to them in this book. (See Gandhi, Khilafat and the National Movement by N.S. Rajaram for several eyewitness accounts.)

This brutality was to be equaled if not surpassed in the holocaust of the Partition — now being reenacted in Kashmir. What was Gandhi’s reaction to the Mopla outrages? He called the Moplas “God fearing” and said they “are fighting for what they consider as religion, and in a manner they consider as religious.” This from the Apostle of Nonviolence!

The message of the Khilafat was not lost on Muslim leaders like Mohammed Ali Jinnah. He had opposed the Congress support for the Khilafat. He correctly recognized that the Congress leaders would always back down in the face of threat of violence. The Congress would rather appease than fight on principles. This happened repeatedly — in 1948 and 1972 in dealing with Pakistan, and also in the 1950s in dealing with China and Tibet. Nehru abandoned Kashmir to Pakistan (through the UN) and abandoned also Tibet to China, sacrificing India’s national interests. As Congress ruled India for forty years following independence, this practice of appeasement gave India the label of a ‘soft state’.

[pullquote]Gandhi even diverted a substantial part of the Tilak Swaraj Fund to the Khilafat.[/pullquote]

The Congress’s appeasement policy reached its absurd limit, when the Nehru Government succumbed to Gandhi’s blackmail and gave Pakistan 55 crore rupees at a time when Indian troops were fighting the Pakistanis in Kashmir. I already noted that Gandhi had diverted a substantial sum from the Tilak Swaraj Fund to the Khilafat, in addition to postponing Tilak’s Swaraj Resolution in favor of the Khilafat Movement.