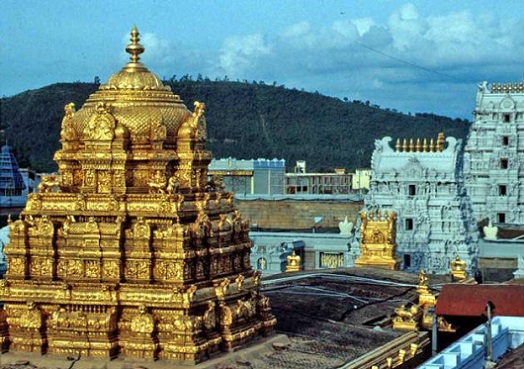 The Principal of the Sri Venkateshwara Arts College who goes by the name of Christopher has been accused by the students of college and various student organizations that he is aiding Christian proselytization. If one looks at the happenings at the SV Arts College in the recent months, there is a strong possibility that this allegation is indeed true.

Evangelist literature is being distributed to students in the college campus. The manner in which the evangelist books are distributed is quite alarming and would not have been possible without the helping hand of the college Administration. The students of the hostel are specially targeted for this soul harvest. Evangelical books and other literature arrived in a postal package and were addressed to each student by his name and they were in fact delivered to his room in the hostel. The students say that such distribution of books has happened many times over.

Students allege that complaints about this missionary activity to the principal  and TTD Officials have fallen on deaf ears. The students of the college directly point fingers at the Principal. The Principal has appointed to his staff a person named Rajkumar. Rajkumar is alleged to have given out the names and addresses of the students to the missionary organization distributing the literature. Inspite of repeated complaints, no action was taken by the the Principal. The Principal is also accused of appointing non-Hindu staff. A complete report (from TV9 Telugu) on this incident can be found here.

The Walls of SV Arts college were painted with portraits of freedom fighters, poets and kings a couple of years back for the World Telugu Conference. The students and the local community over there were maintaining it well and keeping a watch to ensure that there were no posters/bills pasted on them.

However, a couple of days ago, miscreants disfigured these portraits by placing a Christian Cross mark on the faces of the luminaries. Even the much celebrated Sri Krishnadeva Raya of the Vijayanagar empire was not spared from this crude expression of superiority of faith.

The College already facing the brunt of missionaries boiled again with student and religious organizations taking up protests. Whether this was done by mischief mongers or by Christians will perhaps be revealed in an investigation but the blame again has to be placed primarily on the shoulders of the college Principal and TTD for not keeping such vandalism in check especially when this very college with same principal has been in the eye of storm for the past few months for missionary activities. The complete report (from NTV) on the vandalism at SV Arts College can be viewed here.

TTD: Trojan Horse and a symbol of secular Government tyranny

During the YSR and Kiran Kumar Reddy-led Congress rule in Andhra, the state witnessed evangelism on a massive scale. The TTD too was not spared. There were reports in the Telugu media about the employment of Christians in TTD. Due to public outrage, a Government order was also issued directing the TTD to have only Hindus only on its payroll. Swami Paripoornananda of Sri Peetam, Kakinanda had to protest again as the order was never implemented.

A Christian Pastor was recently apprehended by the Police after making a video of him along with his comrades visiting Tirumala and calling the Hindus as devil worshipers.  The TTD staff have repeatedly failed miserably to stop such incidents. On many occasions, missionaries used to distribute evangelist material openly but the TTD was utterly inefficient in stopping this vulturesque preying on Hindus.

First, the TTD should not have hired a Christian Principal or any staff it a college run by it. After reports and strong evidence of support for Evangelism by this Principal, it should have dismissed the Principal. On the contrary it asked the Police to lathi-charge the protesting students.

The reason for this incapacity of the TTD is because it is subject to political influence and appointment of people to positions including the Endowment/Executive Officer are appointed by the ruling party. How can the Hindu community be served if the administration is not seen as a service of the Divine but as a career option?

Many Hindus are not aware of the fact that several prominent temples including TTD which gets thousands of crores as revenue are taken over by various state governments and the most of the revenue goes to the state treasurer. This is the reason one sees many Hundis placed all over precincts of Government controlled temples. Many mindless rituals are done just to extract money from the devotees worldwide. The TTD has become a master at selling tickets to various redundant rituals and utsavams.

This Government control of temples is a throwback to the colonial past where the Christian British and Muslims Kingdoms used to take over the revenue generated from temples as tax. It was also a mechanism to hurt the Hindus in terms of demography. Donations made by devotees which would have gone to the development of the poorest of the community went to a foreign colonizer. At the same time, the British government planted several Christian missions across the country which targeted the same poorer section of the Hindu demographic that would have gained benefits from the donations made to temples.

Nearly seven decades after Independence, the pattern has not changed. Secular state governments have taken over several Hindu temples, the Community’s money is looted by the government—money, which is supposed to protect the right to practice and propagate the Hinduism, one of the fundamental rights enshrined in the constitution. Hindus live in an independent and secular country but their fundamental right to freedom is severely curtailed. How is the Hindu community supposed to take care of its poorest when the community’s hard earned money is taken away from it?

The Christian community which has a huge proselytizing mission with massive funds backing it, has extensively benefited in Andhra and elsewhere as they have targeted the poor amongst the Hindus for conversions. They have gained massively in demographics due to this tyranny perpetrated on the Hindus. A foreign religion is being given such massive advantage over a native religion which swears by nationalism and deep rooted philosophical and spiritual traditions spanning thousands of years. How long will it be before India becomes another Philippines or a South Korea, nothing more than a Christian Outpost of the West.

Imagine the number of schools, colleges, hospitals and other institutions Hindus could have built and sustained and how it would have changed the lives of poor Hindus. The secular state governments and the central government have become the biggest roadblocks to the prosperity and safety of Hindus.

The long-term goal for Hindus should be to free Hindu Temples from Government control. There are several organizations working across the country towards this goal.

The Hindu Dharma Acharya Sabha already has filed a case in the Supreme Court. In a seminar on temples, I had once heard from Swami Dayananda Saraswati that none of the state governments from the south had answered the questions put forth by HDAS in the honorable Supreme court. Given the rate at which the Judiciary functions, one should expect that Hindus are in a for a long grind and by that time, severe damage would have been done.

It would be better to lobby with a supposedly pro-Hindu central government to remove the Hindu Endowments act completely from the Constitution. Please contact the various BJP Members of Parliaments and Members of Legislative Assembly and ask them to remove this draconian act that is killing the Hindu community.

The silence of the Narendra Modi Government in this regard is disheartening. The Government is aware of the problem, it is also aware of the fact that it is the Hindus that voted them to power. It’s been nine months since the NDA came into power and yet it has not taken any concrete steps to provide equality to Hindus. Hindus need to make their collective voices heard and bring pressure on the Modi Government. If it fails to act despite this, the BJP should be shown its place in the sun.

Many times, Hindus complain that Hindu organisations could have better spokespersons to represent them in the media. However, the travesty is that people donate to a government controlled temple like the TTD in crores but not to a Hindu Organization that could protect our Dharma. That should tell us something.

In the end, until Hindus take back their temples, it is advisable not to donate to Government-controlled temples. If Hindus really wish to donate, then they will be better served by donating it to a Hindu organization which really cares for Hindu causes and the community.

The TTD has taken a token action of ordering an investigation and a criminal case has been registered. But that by itself does not guarantee that such incidents will not recur in the future. Readers are requested to call up the official TTD numbers or email them to immediately dismiss the college principal on the grounds that he happens to be a Christian. Please ask the TTD to remove any non-Hindus from its payroll be it from colleges or from temple administration and all institutions run by it. To get a swift response from the TTD, readers should contact the Executive Officer(EO).

Readers can also post the response received from the TTD as comments on this report. The following is the contact information obtained from the TTD’s official page.