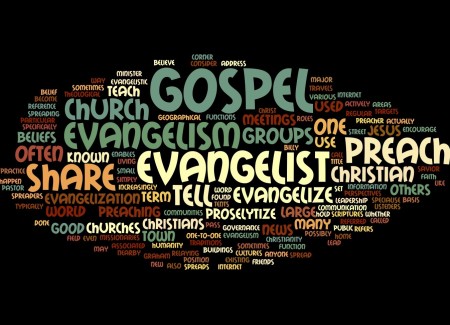 That under the Congress-led UPA regime in force since 2004, Christian missionary activity has seen a massive spike is stating an obvious truth. The fact that proselytizers of all hues–both Indian and foreign–have flooded the country and have drastically changed the demographics and character of entire villages in various states has also been the cause for great alarm.

The North East was one of the earliest victims of unimpeded evangelism. Today, this has spread almost across the country with Andhra Pradesh leading the roost. That the Government of Andhra Pradesh under the deceased Y.S. Rajashekhara Reddy promoted Christian evangelism in a big way is now widely known. For details on how he used the state machinery to aid proselytism, this article on IndiaFacts  is a good starting point.

As a result, there has been a sea change in demographics in large parts of Andhra Pradesh. Evangelists of all hues are heavily active in the state with seemingly no one to check them. Overt and covert methods and practices are being used to lure unsuspecting Hindus to convert to Christianity.

IndiaFacts commissioned a research into some of these methods after being repeatedly alerted by the public. This report is only a small fraction of an extremely large project which uses very sophisticated methods to evangelise Hindus and broadly, non-Christians.

The background for this involves a concept known as the 10/40 window first coined by  Christian missionary strategist Luis Bush in 1990. Among others, the unabashed evangelist organization, the Joshua Project explains this concept in great detail with clinical precision. In their words:

In this context, IndiaFacts presents the following exhibits on how this works on the ground. The battleground for missionary soul harvesting is, needless to say, all of India.

But first, here is a video.

The person in the video is Pastor Jason Nettles, who, as he proclaims on his website is a missionary.
Pastor Nettles visited Visakhapatnam and neighbouring regions in the first week of July and stayed till 15 September, 2013. In fact, Jason Nettles proudly tweeted the fact that he had gotten an Indian visa as the following graphic shows:

During that time, Nettles stayed in an orphanage and began to propagate his faith by organizing public meetings with villagers. His friends and likely he himself visited the region again in November, 2013. One of his interactions with villagers on either the 5th or 6th November is shown below.

What is notable here is the fact that he delivered his evangelist speech right in the precincts of a Hindu temple. Indeed, he himself has proudly tweeted this fact leaving nothing to the imagination.

President of International Paper India Michael (Mike) Amick Jr, an American citizen, works out of Hyderabad. Here is his official corporate profile. Apart from his full time job as a top corporate leader, he is heavily involved in evangelism in Andhra Pradesh and surrounding regions. So is his wife.

The Baptist Press profiles him under the pseudonym Adrian Keillor and his wife, under Nicole in a laudatory article, which terms them the “Power couple” who have ventured “into India’s corporate world.”

A PDF version of the Baptist Press profile is attached below just in case the article is taken down at a later date.

The implications of the headline cannot be missed: evangelism is striking at the very top of the elite boardrooms in India’s private corporate sector, which wields significant wealth and clout to influence policy decisions.

That same profile piece also has a video of said power couple, which is embedded below.

What is notable in the video, apart from Mike Amick’s evangelism in rural areas is the fact that he conducts thinly-veiled evangelism right within his office premises and is proud of the fact that a certain Hari converted.

As far as the rural areas are concerned, the same video also shows how Mike Amick is targetting Lingayats living in the Hyderabad-Karnataka region for his proselytism. A screen grab from that video shows the typical dressing style and headgear of the North Karnataka/Hyderabad Karnataka Lingayats.

If this was not enough, Mike Amick is also a prominent speaker in the Missional Marketplace Network, a network of powerful corporate people who have allegiance to the Gospel. He gave a lecture as recently as on 22 March 2014.

Based out of Albuquerque, USA and Vancouver, Canada, Impact Nations (IN), as its website says “is a Christian organization that brings hope and restoration to the poor and vulnerable in the developing world through both supernatural and practical expressions of the Kingdom of God.”
It regularly organizes what it calls as “Journey of Compassion” (JoC). People (typically from USA and Canada) register for these journeys. Who are these people? Very simply put, these are people like you and me, who are religious and go to their regular places of worship in their countries.

That Impact Nations is a body of professional missionaries, is very clear from what IndiaFacts research revealed. For instance, let’s examine one of IN’s advertisement for JoC here. This “journey” had 30 foreigners visiting Chandigarh and villages around it between 26 January–7 February, 2014.
Each person who wishes to undertake this “journey” needs to pay USD 2000 + USD 400 (non-refundable donation) towards the JoC.  The complete details are available on the JoC flyer here and the legal agreement (PDF).
Among other things, the flyer says “We will be ministering in the slums of Chandigarh and villages in the Punjab. Leading outdoor healing and evangelism meetings among unreached people groups; Participating in one of the largest house church movements in the world.“

The legal agreement interestingly, contains this sentence: “I know that International travel for ministry and/or missions involves danger and risk.”
The words “Ministering”, “Mission”, “Outdoor healing”, and “Evangelism” are loud proclamations as to the intent of such “journeys.” But there’s more to come. The actual Journey Information Document here, on Page 7, says “Impact Nations is a ministry, not a foundation. What we have to give is spiritual impartation, training, primary local medical assistance during a Journey, power evangelism, healing and love.“
It still does not stop there. Here is a portion of Page 1 of the same Journey Information Document:

In other words, Impact Nations asks the visitors undertaking the Journey to apply for a Tourist Visa at their nearest Indian Consulate! It tutors the Visa Applicant by listing the touristy places in Chandigarh such as Rock Garden, Sukhna Lake, Sector 17, IT Park.

The IndiaFacts research team accessed a brief but revealing report available in the public domain on a concept known as Church Planting. This report is the ground level implementation of the 10/40 window project.

Specifically, the Church Planting report talks about this activity in Northern India. In this specific instance, it is sponsored by an organization called Team Expansion, based out of Kentucky, USA. As revealed on their website, their purpose is “Transforming Communities among the Unreached by Planting Biblical Churches.”

The details of how they are achieving this goal are also available on the same website. The following video reveals some of those details.

The American citizen Allan, seen in the video asks the Indian named Avia on how he has been serving the purpose stated above. At various points in this video, Avia tells Allan that he and his team are “working on the Chakma Buddhists.” At one point, Avia boasts that even “loved ones” are getting separated or families are being broken because of his work.
For information on the Chakma Buddhists, head here. In India, they live largely in Mizoram, Arunachal Pradesh and Tripura.
A sort of success-testimony of this work comes from Pastor Brian Jones, Philadelphia, USA who has visited this region in January/February, 2012.  and blogged about it extensively here. The relevant excerpt from his blog is extremely revealing:
Two years ago these people were worshipping rocks, cobras, and trees. Now because of the tireless work of Avia, they worship the creator of the rocks, cobras and trees they used to worship.