Ex-Baloch minister appeals India to do a Bangladesh in Balochistan 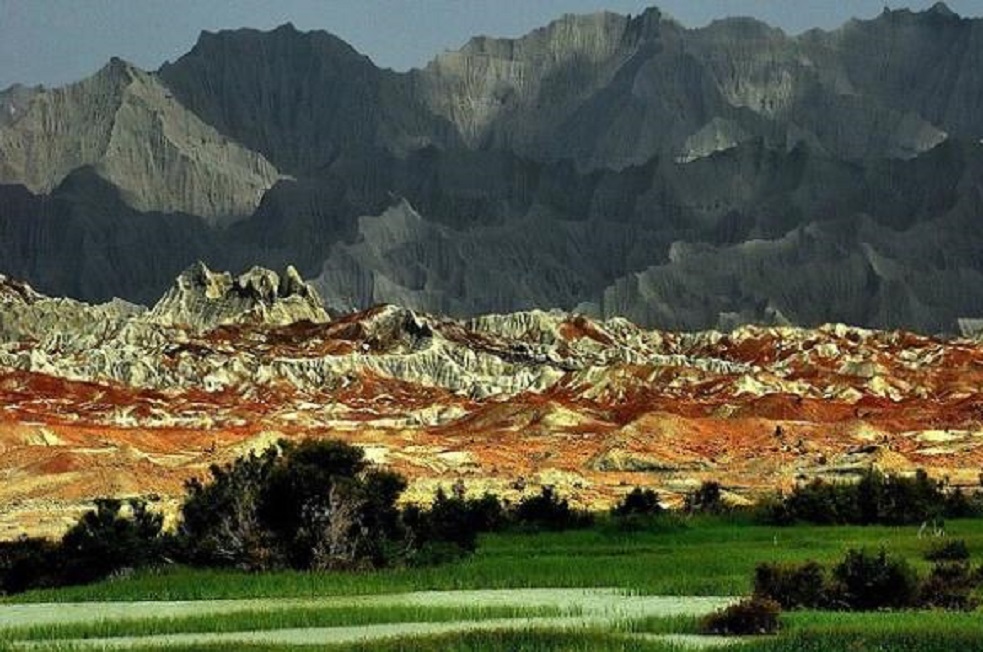 One date the former opposition leader and fisheries minister from Balochistan, who now lives in self-exile in Oslo, may never forget for the rest of life is 3 April 2009. On that day, Kachkol Ali, now 56, a lawyer by profession, was with his three clients Ghulam Muhammad, Lala Muneer, president and vice president of the Baloch National Movement and Sher Muhammad Baloch, a leader of the Baloch Republican Party, when spooks in plainclothes raided his law chamber in Turbat, the hometown of Balochistan chief minister Abdul Malik. “The three leaders were taken away, tortured and killed, and their bodies were thrown from military helicopters,” Ali said on phone from Oslo Thursday.

Ali got a case registered against the Military Intelligence and ISI sleuths, and faced life threats from the real masters of Pakistan to take back his case failing which he would meet a similar fate. Left with no option but to say goodbye to his political career that included ministerial perks, less than 11 months later, Ali fled to Europe and sought asylum in Norway in spring 2010.

Ali’s son Nabeel Ahmad, 21, disappeared thanks to the handiwork of the ISI last year on August 29—the International Day of Enforced Disappearances—after he went to the UN Human Rights Council to speak at events and to contact human rights practitioners. But the latest barbarity has not dampened his spirit. In summer 2013, the Pakistani occupation forces occupied his two houses in Turbat.  “My son is one of the 20,000 people who have been abducted by the [Pakistani] state in violation of the Rome Statute and the Geneva Conventions. I will not surrender because my son’s life is [on the] line, but will remain committed to free my homeland. If we do not succeed, at least we will leave behind a foundation for the future generations so that they are not stateless and lost in the global wilderness like us.”

Ali, who was born in Panjgur, famed for its men of letters, in Mekran, once ruled by Hindu Gichki rulers, hailed from a working, middle class family. He saw the miseries of the Baloch masses from close quarters and became active in student politics while he was just 15 years old in 1973. Ali was arrested and tortured by the military authorities for 14 days for his student politics by the military authorities.  “Pakistan is a security state,” Ali said, adding, “It would be relevant to say here that all countries have armies but Pakistan´s army has the country, majority of who are Punjabis.” He emphasizes that Punjab has used politicians as its puppets.

[pullquote]There has  also been a regular campaign as part of a state policy to forcibly displace the  inhabitants namely, the Baloch people from their native towns since 2005, affecting hundreds of thousands. [/pullquote]

“Pakistan is committing genocide of the Baloch people. Prima facie, in Balochistan all authorities are vested with the security forces, which enjoy complete impunity and stand above the law of the land. The modus operandi of the “kill and dump” operation saw more than thousand mutilated bodies of freedom activists thrown all across Balochistan as Pakistan pursued its abhorrent state policy of ethnic cleansing. “All bodies carried marks of torture. Some had signs made on them with knives, others had sliced and drilled limbs. In any cases, the faces were burned in acid and fingernails and even eyeballs had been pulled out .The Frontier Corps and Inter Services Intelligence, infamous by its acronym ISI, in league with Balochistan and federal governments are killing activists and their dead bodies are being thrown in desolate places, in a show of indignity to the human body, in a highly inhuman manner.”

He recalled the discovery of mass graves that failed to attract the international attention they deserved. “The discovery of mass graves with more than hundred bodies at Tootak in Khuzdar District were concrete evidence that connects the security forces in commission of crimes against humanity and war crimes, too, in Balochistan,” Kachkol recently wrote to the UN authorities and global leaders, including Samantha Power, the US permanent representative to the UN and an expert on genocide, who authored A Problem from Hell: America and the Age of Genocide.

Ali said the world can see a consistent, gross and reliably attested patterns of violation of Baloch human rights and basic freedoms, which are enshrined in the constitution of Pakistan, in violation of the three most important international instruments which  have been  ratified by Pakistan, namely Universal Declaration of Human Rights, International Covenant on Civil and Political Rights and, the International Covenant on Economic and Social and Cultural Rights. “These three international documents constitute a trinity often called the magna carta of humanity,” said, Ali who is an avid reader of books and has read Power’s book as well.

There has  also been a regular campaign as part of a state policy to forcibly displace the  inhabitants namely, the Baloch people from their native towns since 2005, affecting hundreds of thousands.  But now under a so-called National Action  Plan to systematically spread the military operation all across Balochistan “hundreds of houses were destroyed and set on fire in Kech, Dera Bugti ,Panjgur, Mashkey, Awaran, Kolhu, Khuzdar, Chaghi, and Kharan”.

Ali said in June 2013, Pakistani security forces forcibly and illegally occupied his two houses in Turbat Balochistan. “I filed a complaint on December 13, 2014 to the UN Human Rights Council regarding my son´s abduction, illegal occupation of my houses and killing of my three clients.” He said he awaits a response.

Ali said he is appalled because despite being aware of the situation, the US, UN and NATO have not stepped up to the plate its bounden responsibility to protect the Baloch people under the R2P, or Responsibility to Protect, Principle. “Even otherwise they have not taken note of the Baloch genocide, which in itself was questionable in accord with international humanitarian law.” The victimised and stateless Baloch nation has felt the civilized nations  have deliberately ignored and neglected the ethnic cleansing, war crime and crime against humanity.

He said in accordance with new norms of humanitarian international laws and R2P Principle, it was the US, UN, NATO duty to launch an intervention without further delay, in Balochistan so the slaughter of Baloch nation could be stopped.

Fears run high in some Western quarters about the emerging situation in Afghanistan. Western scholars believe Pakistan has deliberately annihilated the political and intellectual class in Balochistan through its decade-long secret, dirty war. Western intellectuals privately say until the Baloch resistance forms an umbrella organization, which would then form a broad coalition to include all anti-Pakistan parties, the West would not be interested in investing in their movement. In an article in the Mid-Day, Vikram Sood, the former chief of RAW, writes, “The 2014 annual report of the New York-based Human Rights Watch refers to the crimes against humanity by the Pakistan Army in Balochistan since 1948. The report says that these acts include indiscriminate bombing of civilian populations, arbitrary arrests, extra-judicial abduction of Baloch activists and political prisoners, and targeted killing of most learned and educated members of Baloch society.”

Ali, who has four decades of public service behind him, is confident India will step up to the plate and help the Baloch just like it did in Bangladesh in 1971 in defence of the R2P principle, but says, “We as Baloch have to put our house in order as East Pakistan, now Bangladesh, was 100 times ahead of us in terms of its political mobilization. We have to show a solid political leadership and intellectual class to the world.”