Examining the Proposed Amendments to the Foreign Contribution (Regulation) Rules (2011) 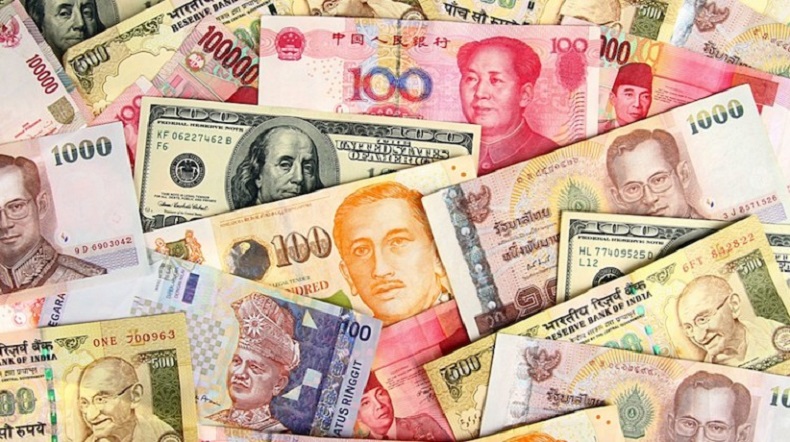 The FCRA Wing of the Ministry of Home Affairs has recently made public the draft of Proposed Amendments to FCRR (2011). This article summarizes the proposed changes and attempts to evaluate their effect, if actualized.

Suggestions to improve FCRA/FCRR are also offered in this essay. Facts and opinions will be clearly demarcated. This essay has been written because the author finds that nearly all of the mainstream media have either not comprehended the ill-effects of the present FCRA/FCRR due to lack of skills and/or honesty. This author has also noticed misrepresentations of the proposed amendments in mainstream media.

This article will attempt to clear such willful obfuscations.

FCRA stands for Foreign Contribution Regulation Act. It was originally introduced in 1976 and was subsequently revised in 2010. Concomitant with FCRA is FCRR.Passed in 2011, FCRR provides the rules by which FCRA is enforced.

For more information, read the IndiaFacts archive on FCRA. Recently, the Ministry of Home Affairs (MHA) has proposed certain amendments to the FCRR (2011). MHA has also sought suggestions and inputs on the same from the general public before 01 July 2015.

The current proposal is to amend a few Rules in FCRR only. The FCRA Act is intact.

Before we delve further, a few factoids:

Salient features of the proposed amendments

1. Electronic procedures (Clause 9):The hardcopy of the Registration is being changed to an electronic one with digitally signed application. A circular for Digital Signed Certificate was already issued on 3 June, 2015. The need for a bank Demand Draft has also been done away with and has been changed to an Electronic Payment Gateway.

2. Reduction in number of Forms: Registration, renewal and Prior Permission forms have been combined to one single form, called FC-3. Consequently, the form for the annual return will no longer be called FC-6. Instead it will be known as FC-4.

i. Earlier, only the summary data on receipts and utilisation of foreign contribution by the NGO were asked to be put in public domain. The same was being done by GoI as well. The proposed changes require the NGO to:

ii. Form FC-4 (the new annual return) will now include the Twitter, Facebook handles as well as the mobile number of the FCRA-NGO. Section 5 of FC-4 will include names and other details of the chief functionaries of the FCRA-NGO.

4. Financial Tracking Efficiency: Banks which receive the foreign funds for an NGO have to report the same to GoI within 48 hours of such receipt.

5. Foreign Nationals: In an extremely interesting change, the FC-3 form has a new table which asks the NGO to provide information on any foreign national (including PIO/OCI card holders) in its Governing body/Executive Committee.

6. National Interest: The proposed FC-3 form contains an Undertaking to be provided by the NGO that their work is not detrimental to national interest, not likely to affect prejudicially public interest and the economic, scientific, security and strategic interests of the country. This is a new addition (see later in this article for our comments).

7. List of Purposes: The annual return has an important section in which the amounts received and the purpose for which it is received needs to be mentioned by the FCRA-NGO. Earlier, 56 options were allowed. The proposed FC-4 form contains this list under 3 categories: A) Service Delivery, B) Civil Rights Advocacy and C) Research. Items removed are: Provision of aids such as tricycles, calipers to the handicapped, providing free legal aid/Running legal aid centre, Environmental Programs and Activities other than those mentioned above. While Environmental Programs is out, Climate Change and Issues regarding Natural Resources are new items which have been added. Another important inclusion is Payment of Honorarium to non-employees/staff as part of specific projects. Most of the sub-items within Civil Rights Advocacy and Research were already present within the Purposes list in the earlier version:that is, in FCRR(2011).

8. Typographical error:The Proposed Form FC-7 has a typo in Note (ii). FC-6 therein should be changed to FC-4.

1. The electronic procedures were long overdue, and quicker communication from banksis a welcome step. They show the intention of this Government to be quick on their feet.

2. Assuming that the FC-4 returns will be made publicly available on the MHA website (as is the procedure now with the FC-6 returns), the public will finally get to know the actual owners of FCRA-NGOs. India, until now has had a strange situation in that, the ownership details of privately held, for-profit companies are available for public knowledge (on http://mca.gov.in), while that of not-for-profit FCRA-NGOs are not. The proposed transparency measures, to a good extent, will redress this anomaly. However, we offer the following three suggestionsto further improve transparency:

i. The Ministry of Finance too must simultaneously take measures to display, in public, the annual tax returns filed by these FCRA-NGOs.

ii. FC-3 form of FCRA-NGOs must be made publicly available on the MHA website.

3. The inclusion of a specific Table in FC-3 asking for full information on foreign nationals who are part of the Governing Body of a FCRA-NGO is extremely interesting. It has long been suspected by us that many of the FCRA-NGOs in India may actually be having foreign nationals on their Boards. In fact, as this author has pointed out before, while the law normally prohibits foreign nationals to be part of the Executive Committee of a FCRA-NGO, Q. 43 of this FAQ on the MHA website mentions a few cases where this restriction can be relaxed, thus creating a loophole. Our own suggestion is to disallow foreign nationals on the Board of FCRA-NGOs, as it puts such individuals in a conflict of interest situation with the National Interest Clause 9 of FCRA (2010).

4. Within the list of purposes, the one mentioned as “Activities other than those mentioned above” had the largest usage in the past. A huge number of FCRA-NGOs used to mention this item as the purpose for every remittance received from abroad. In FY 2012-2013, our analyses indicate that the total foreign funds received by FCRA-NGOs towards “Activities other than those mentioned above” was a whopping Rs 2024 Crore. How can 20 per cent of all foreign funds received by FCRA-NGOs be mentioned to be outside the scope of listed Purposes?

This was a ridiculous and suspicious situation and hence its removal is welcome. FCRA-NGOs who were probably hiding some of their nefarious activities under this loophole will need to choose any of the other defined items listed under the revised Purposes List.

5. We also suggest the removal of several other items from the List of Purposes. Many of the items mentioned under Service Delivery have been and are being used to “soften” individuals/communities so as to make them more receptive to change their religious worship patterns.And this is being very euphemistic. We wish not to expand on each item here, but we can examine the following as an illustration. We can also provide hundreds of such examples:

a. A-1, “Celebration of national events (Independence Day/Republic Day), festivals etc.” We are unable to comprehend why a FCRA-NGO would want to get foreign funds to celebrate our National Days, festivals and so on. In FY 2012-2013, our analyses of public domain FCRA returns data shows that the total foreign funds received by FCRA-NGOs towards Celebration of National Events was Rs 23 Crore.

b. A-9, “Microfinance projects, including setting up banking cooperatives and self-help groups”

Both State and Central Governments run enormously large, targeted social welfare programmes. Indeed, thousands of community-initiated, community-driven cooperative banks have been running successfully in India since ages. Recently, the Central Government announced a MUDRA bank too, to financially assist the self-employed and small entrepreneurs.Given these, why should A-9 exist?

A large number of bore wells have been dug in our villages by several FCRA-NGOs. Our analyses of public domain FCRA returns data indicate that Rs 15.40 Crore of foreign money has come in FY 2012-2013 specifically for the digging of bore wells.

Individual donors in foreign countries are being asked to specifically donate for this cause.

Should the ineptitude of State Governments and/or local administrative bodies be allowed to be exploited by agenda-driven, foreign funded NGOs, bent on causing a demographic change? Should FCRR facilitate such projects? We suggest that A-40 be dropped. Instead, such donations for the cause of water supply to the Indian people could be routed to Government-initiated water conservation programmes similar to the Jal Yukt Shivar of Maharashtra.

d. A-19 to A-23, “Construction/repair/maintenance of places of worship” up to “Maintenance for priests/preachers/other religious functionaries”

Church Planting within the 10/40 window is major project which is one of the cornerstones of the Lausanne Movement. Church Planting Movement (CPM) as well as the training of batches of National Pastors have been recognized to be two key methods of achieving a critical demographic change in India by foreign leaders and followers of Evangelical Christianity.

Until now, the predominant route to reach that goal has been to finance FCRA-NGOs. The mushrooming of FCRA-NGOs all over India is a testament to this fact. Given these stated goals of foreign donors (as mentioned in their Annual Tax forms filed in their countries) and the one-to-one relationship between them and their Indian FCRA-NGO franchise, is it prudent on the part of Government of India to ignore such a reality? Are these purposes in FCRR desirable? Are they not detrimental to national interest? Would they not prejudicially affect public interest? National and public interests are explicitly mentioned in FCRA (Clause 9, Page 8 of FCRA) as the basic criteria to be satisfied by a NGO for FCRA registration.

e. In fact, we see no reason why any of the Purposes listed under FCRR need to exist. They are inconsistent with the laudable ideas of Nation First, Make in India Only a handful of purposes in advanced scientific, technical, technological and conservation domains need to be permitted for foreign funding. Given that India has had a long history of native civil disobedience tradition (Refer: Dharampal’sCollectedWritings, Vol. 2), we see no reason why for instance, Civil Rights Advocacy would demand foreign funds. Thus, we believe that the Government has only made a weak attempt towards minor tinkering of FCRR (2011). The policy directive (if any) for amendments to FCRR appears to have been limited to greater scrutiny and compliance to FCRA. For reasons unbeknown to us, serious thought towards a total revamp of FCRA/FCRR appears not to have been attempted.

6. Yet, not unexpectedly, some civil society individuals have derisively commented on the National Interest Undertaking in the proposed amendments. Unsurprisingly, they have not done any homework. Clause 9, Page 8 of FCRA (2010) Gazette copy states (we summarize):

The Central Government can allow the registration of a FCRA-NGO provided that it is not likely to affect the sovereignty and integrity of India, public interest, harmony between religious, racial, social, linguistic, regional groups, castes or communities etc..

Thus, the Proposed Amendments to FCRR logically follows from Clause 9 of FCRA. It is not something that has been pulled out of one’s hat. The reasons for the derision on National Interest Undertaking by such civil society members is not far to seek. These eminent individuals brand themselves as Universal Citizens. To them, we say: We shall accept all of your conditions on FCRA/FCRR, provided the amount of foreign funding to NGOs of USA becomes twice the annual budget of NASA.

The currently proposed amendments will improve scrutiny of foreign fund flows to FCRA-NGOs and ensure their compliance with the FCRA Act. We welcome the amendments.

However, many of the premises upon which FCRA and FCRR themselves are based are inconsistent with the glorious native traditions of our nation which have been rekindled by the leadership of the present Government. Hence a critical examination of FCRA and FCRR and their revamp is necessary. The few amendments currently proposed, although much needed, provide an impression that we have quite a long way to go to reach that stage.