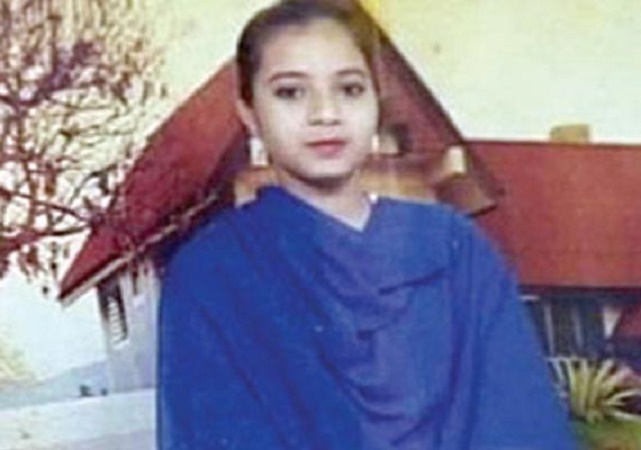 On 15 June 2004, the Pranesh-Amjad-Zeeshan encounter took place. Pranesh Pillai (a.k.a. Javed Gulam Sheikh), Amjad Ali Rana and Zeeshan Johar perished at the hands of the police and inputs were received from the Intelligence Bureau which had just received a new boss in the form of Congress Prime Minister Manmohan Singh.

There were many things pointing to the facts that they were terrorists of the Pakistani group Lashkar-e-Taiba and the latest conformation comes from David Headley, an American terrorist of Pakistani origin, who is currently serving a 35-year prison term in the US. They had come to allegedly assassinate the then Gujarat Chief Minister Narendra Modi.

These are the facts of the case. Now welcome to India, where #AdarshLiberals and the English media live in a La La Land of their own. This is how they see the case…

An innocent girl called Ishrat Jahan was brutally gunned down by the vindictive Gujarat Police probably at the behest of Modi and he should stand trial for the same. Ishrat was praised profusely in these circles and JDU Bihar’s leader Ali Anwar called her “Bihar ki Beti”.

An ambulance service was started in the name of “Shahid Ishrat Jahan” in Mumbai and the liberals of India shed tears, held candlelight marches, wrote editorials and lamented the loss of an innocent life 24X7.

Even now after Headley’s latest explosive allegations claiming she was a terrorist, they are still living in denial and trying to rubbish Headley’s claims and trying to cling on to their “Shahid”. But the question to be asked is: Why do all of them love Ishrat so much in the first place?

Here are the reasons why…

They hate everything Modi does and refuse to acknowledge a single thing about him. Every event that takes place around Modi’s life is twisted to make him look bad. So if the Gujarat police have shot down anyone, then those killed have to be innocent and the police have to be the culprits because they report to Modi.

Every event will be twisted to flog Modi. Here, they did a simple piece of propaganda to make their case effective…

They are such masters at branding. They love Ishrat because it gave them a chance to really flay Modi.

2. Aman Ki Asha: The same above mentioned persons have a blind spot for Pakistan. They just love Pakistan. They refuse to accept them as the enemy. They totally overlook the fact that there have been half a dozen wars and conflicts between India and Pakistan.

That’s why you scenes like those at JNU recently where there was a demonstration for a free Kashmir. Pakistan was praised while India was rubbished. That’s par for the course. Since the Pranesh-Amjad-Zeeshan Encounter case has its origins in a terror plot in Pakistan—that had to be edited out.

The fact that Ishrat was with them proved to be fortuitous. After that they totally bypassed the three other terrorists and showered all their affection on Ishrat and the focus was only on her.

There was an assassination plot on Modi? Ignore it.

There were three other terrorists involved? Ignore it.

Ishrat? Just focus on her and her alone!

In the end, most people didn’t have the foggiest idea of what the terror plot was or how the encounter took place. All Modi haters simply took her as a symbol for everything that is wrong with Modi and love her for that.

4. Warped sense of secularism: Before India got Independence, secularism meant recognizing no religion. Then after Independence we defined it as recognizing all religions. After the 1980s it became only one thing: Minority appeasement.

So in this case a Hindu leader was pitted against a minority terror accused. For #AdarshLiberals, it was no contest and they chose the latter. Adding to the above, Ishrat became a symbol of secularism too.

5. She was a victim killed in an encounter: Ajmal Kasab was an LeT terrorist and killed people in cold blood during Mumbai’s 26/11. He was found guilty of 80 offences and sentenced by the trial court, the Bombay High Court and the Supreme Court.

The President of India turned down his clemency plea. A similar thing happened to Afzal Guru, who was hanged for his involvement in the 2001 Parliament attack case. Now if #AdarshLiberals can show great sympathy for these two and celebrate them, then in the case of Ishrat, there was no trial and no conviction.

When you can even accuse a person who has been convicted by three successive courts of innocence, then Ishrat can well easily be loved. Do an image search of Ishrat Jahan and you will either get a picture of a smiling young innocent Ishrat or one dead on the road.

Even if she was a terrorist as revealed by Headley, it’s quite easy to pass her off as someone quite innocent. It is sad that while our soldiers keep dying with great regularity in our proxy battle with Pakistan, #AdarshLiberals find so much love and sympathy for their very killers.