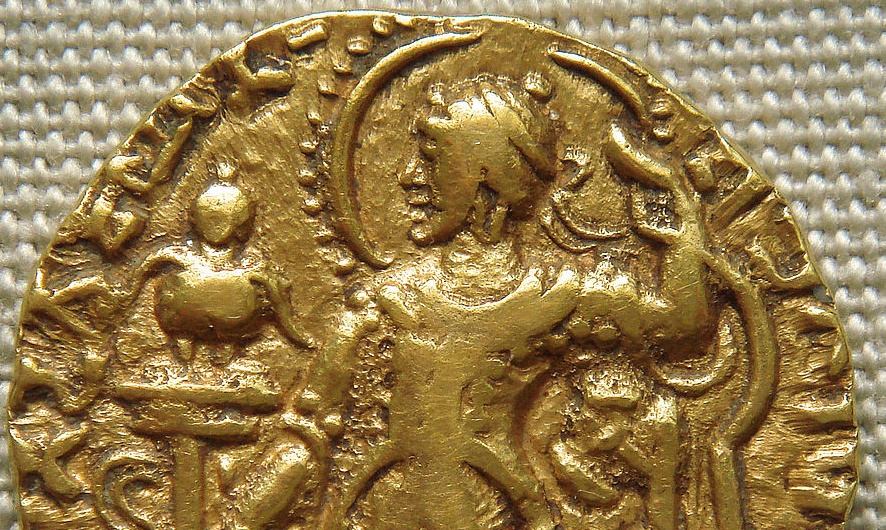 The chronology of Indian history rests on two sheet anchors. The first sheet anchor is the identification of Sandrokottos of the Greek accounts with Chandragupta Maurya, the founder of the Mauryan Dynasty. Sandrokottos was the contemporary of Alexander the Great. The second sheet anchor is the identification of Devānāmpriya Priyadarśī with Aśoka Maurya, the grandson of Chandragupta Maurya. Devānāmpriya Priyadarśī mentions five Greek kings in his inscriptions, one of them being Antiyoka, who is currently identified as Antiochus II. The history of India that we know today has been constructed by counting backward and forward from these two sheet anchors.

Looking at the implications of the flawed sheet anchor going forward, we have to accept that if the Imperial Guptas were moved forward by six centuries, then those following the Guptas also need to be moved forward. But obviously, the process will end somewhere as we cannot place ourselves six centuries ahead of our own time. In fact the process has to end much ahead of our time because we stand on much surer ground regarding the time period of historical events during the second millennium. This means that the timeline will get crowded where the people belonging to different eras will be made to face each other. This kind of chronological telescoping will result in a situation where history will declare certain people as contemporaries, even when there is no evidence to corroborate and support such contemporaneity. Is there any evidence of this phenomenon? I believe there is, and that time period is the sixth century CE.

Historians have proposed the existence of four mighty empires in the sixth century — of the Imperial Guptas, the Aulikaras, the Maukharies, and the Later Guptas. While the Imperial Guptas and the Aulikaras were contemporaries, as were the Maukharies and the Later Guptas, there is no evidence that the first two were the contemporaries of the latter two. This has resulted in a situation where three different dynasties claim to have ruled North India within a short span of time [1]:

It should be remembered that the time of both Iśānavarmā and Jivitagupta I falls between 520 to 540 AD. This is exactly the time of Malwa’s Aulikara emperor Yaśodharmā (known date 532 AD) and he has been given credit for winning the region from the Himalayas in the north to the Brahmaputra river to the east. Clearly he would have won Bengal as well. It is clear from this fact that Jivitagupta I, Crown prince Iśānavarmā and Malwa’s Yaśodharmā, all three claim to have won (emphasis mine) Himalayan region and Bengal between 520 to 540 AD.

This situation is very unlikely as it takes time to build an empire, and empires do not disintegrate so quickly. Another example of dynasties made contemporary is that of the Śakas and the Kuṣāṇas. A consequence of this flawed chronology is that  they both claim sovereignty over the same region at the same time [2]:

“Rasesh Jamindar has advanced a theory that Kanishka existed after Rudradaman perhaps in the second half of the 2nd century. He argues that Rudradaman’s domination over Sindhu, Sui Vihar (including Multan) and Kanishka’s rule over Multan and Sui Vihar is not possible at the same time. Secondly Rudradaman could not have defeated Yaudheyas after crossing the Kushana territory who were occupying the Punjab area.”

Even though modern historians make the Śaka Kṣatrapas and Mahākṣatrapas the subordinates of Kuṣāṇa rulers, the fact is that the Kuṣāṇas have not mentioned the Śakas, and the Śakas do not know of any Kuṣāṇas. Similarly, we find some small rulers minting their own coins right under the nose of the mighty Imperial Guptas [3]:

“The rule of Shakas and Shiladas came to an end in c. 340 A.D. with the rise of a tribe, which is sometimes described as the Little Kushana and sometimes as Kidara Kushana. … Numismatic evidence shows that a number of petty rulers like Kritavirya, Shiladitya, Sarvayashas, Bhasvan, Kushala and Prakasha were ruling in the Punjab during the first half of the 5th century A.D. They were probably Kidara Kushana rulers, for the name Kidara appears on their coins on the obverse.”

Not only these minor rulers, but there were other rulers also claiming sovereignty within the dominion of the Imperial Guptas at the very zenith of their power [4]:

“Unlike the Maharajas of Valkha, Subandhu does not refer to any suzerain even in a general manner, which shows that he was an independent ruler. In 416-417 AC, the Gupta power had, no doubt, reached its peak. Chandragupta II was dead at the time and was succeeded by his son Kumaragupta I, but there is no reason to suppose that the Gupta dominion had suffered any diminution at the beginning of the latter’s reign. It may, therefore, be asked how Kumaragupta allowed Subandhu to enjoy independence just on the border of the Avanti province, which was undoubtedly under Gupta rule at the time.”

These examples should raise doubts about the exact period of the Imperial Guptas’ reign. Was it really between the fourth to sixth century CE? In fact, there is strong archaeological evidence to the contrary. The age of the Imperial Guptas is considered the golden age of India. This was the age of unprecedented growth in prosperity, art and culture. However, the archaeological excavations present a completely different picture. In the period when the cities are supposed to be flourishing, there are definitive signs of rapid decay. Here is a summary of the status of Indian cities during the third to fifth century of the Common Era according to archaeological findings [5]:

After third century of Common Era, there was rapid decay in urban centres of Punjab, Haryana and western Uttar Pradesh, for example Hastināpura and Mathurā. During Gupta age, cities were fast deteriorating in middle Gangetic plains, for example Śrāvastī, Kauśāmbī and Rājagīra. Conditions were similar in West Bengal and Odisha. Urban decay started in North India with the rise of the Imperial Guptas (emphasis mine). The signs of urban decay in cities administered by Guptas are clear in cities such as Pāṭaliputra, Vaiśālī, Vārāṇasī, Kauśāmbī, Ayodhyā, Hastināpura and Mathurā.

It is true that we don’t have a reliable written history of India from ancient sources, but we do have lots of information about Indian history from literary sources, inscriptions, numismatics and archaeology. We can consider all this information, which comes in bits and pieces, as parts of a gigantic puzzle. If we have the framework of history right, all these pieces will fit together and fall into their proper places. On the other hand, if we don’t have the framework of history right, we will be force-fitting these puzzle pieces. Indian history is full of examples of such force-fitting.