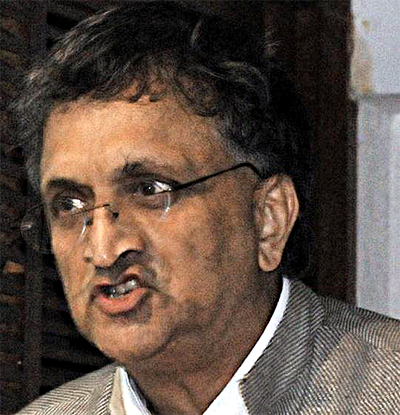 Assertion: In an article in The Hindu about what the Hindus should be proud of and what they should be ashamed of, Ramachandra Guha makes several fantastic and misleading claims about Hindus and Hinduism. Of these, this specific claim attracted the attention of our Fact Meter:

Gandhi was a heterodox Hindu, who was detested by the priestly orthodoxy; so much so that the Sankaracharyas once even organised a signature campaign that asked the British to declare Gandhi a non-Hindu. (ED: Emphasis added)

By his own declaration, Mohandas Gandhi was a proud staunch Sanatani Hindu. Yet, it is Guha who boxes him into a self-created category called a “Heterodox Hindu” who angers what Guha calls the “priestly orthodoxy.”

The term “heterodox” typically means “any opinions or doctrines at variance with the official or orthodox position.” In turn, the term “orthodox” has these meanings:

Apart from the first meaning (which is pre-Christian Greek) and the third which pertains to Judaism, the rest almost exclusively pertain to Christianity. Indeed, over time, the word “orthodox” has come to mean blindly adhering to a set of beliefs/conventions, a semantic change which has its roots in Christian dogma.

Now, the term heterodox is also used as a synonym of heresy, and a person who “deviates from orthodoxy by professing a doctrine considered to be false” is called a heretic.

For such a scheme to work, there needs to be a clergy which pronounces who is a heretic and who is a believer. It thus goes without saying these concepts are wholly Christian. And Christianity is basically an elaborate belief system that is untenable in the face of elementary logic. Hence the insistence on dogma and orthodoxy.

And so, Guha’s assertion that Gandhi was a “heterodox Hindu” will work only if he imputes a false symmetry between Hinduism and Christianity, which is exactly what he has done. It is thus both flawed and dishonest because it is based on placing Hinduism within a Christian framework. Thus Guha’s Hindu “priestly class” becomes the counterpart of the Christian clergy. However, the “priestly class” of Hinduism does nothing whatsoever of what the Christian clergy does–interpreting Christianity and pronouncing verdicts and punishments against those who deviate from the faith. Indeed, the concepts of orthodoxy, heresy, and the existence of a clergy is simply alien to Hinduism.

Although his note about the Shankaracharyas’ signature campaign is true, it is not the same as characterizing it as a reaction of an orthodox priestly class. The opposition of the so-called priestly class of Hindus to Gandhi had mostly to do with his effort to eradicate untouchability. And untouchability was a sign of a glorious religion whose social structure had stagnated for centuries. Gandhi’s efforts to reform this is most certainly laudable and worthy of emulation. And yet, when individual Hindus and Hindu organizations like the RSS follow Gandhi’s path, Guha brands them as hardliners and communal instead of appreciating their selfless service. The scholar par excellence, Koenraad Elst in his Decolonising the Hindu Mind says that the RSS is perhaps the only organization where a person is not asked his/her caste. Further, Guha also insists on seeing only the stories of caste oppression–which do occur even today–whereas there are similar stories where thousands of such oppressed people have been uplifted by these Hindu organizations.

Gandhi was neither a heterodox Hindu nor a Hindu belonging to whatever other category the ilk of Ramachandra Guha invent. In fact, Gandhi was against the breaking down of Hinduism and/or Hindus into mischievous categories like how Guha has done. Gandhi saw Hinduism as a unifying, universal force that had reached the pinnacles of philosophy and spirituality and not as a series of mutually revolting silos. Oh! and by the way, this is what Gandhi also spoke about being a proud santani:

I am a proud staunch Sanatani Hindu. The Geeta is the universal mother. I am unable to identify with orthodox Christianity. I must tell you in all humility that Hinduism, as I know it, entirely satisfies my soul, fills my whole being, and I find a solace in the Bhagavadgeeta that I miss even in the Sermon on the Mount. When disappointment stares me in the face and all alone I see not one ray of light, I go back to the Bhagavad Gita. I find a verse here and a verse there , and I immediately begin to smile in the midst of overwhelming tragedies – and my life has been full of external tragedies – and if they have left no visible or indelible scar on me, I owe it all to the teaching of Bhagavadgeeta.

Ramachandra Guha who’s working on a new book on Gandhi must have surely come across this passage. We wonder why he left it out in his hurry to proclaim Gandhi as a “heterodox Hindu.”

Ramachandra Guha himself claims that he’s a lapsed Marxist, a claim that’s suspect because this Hindu piece faithfully follows the Marxist template. The reason Guha attributes a symmetry between Hinduism and Christianity is because of Marx’s diktat that religion is the opium of the masses. And here’s a religion that refuses to conform to Marx’s definition of religion, which was primarily Christianity. Guha is thus forced to force-fit Hinduism into that definition. And that process necessitates intellectual dishonesty.

As we see, this is the second time Guha has featured on our Fact Meter. The first reading showed him as an incorrigible liar. This time too, it shows the same reading.