Gangapur under siege by Muslim hooligans 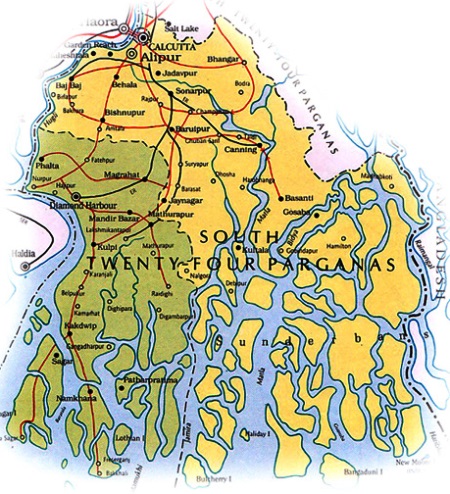 Close on the heels of the IndiaFacts report on the large scale violence against Hindus in Panchla comes yet another similar incident whereby innocent and peaceful Hindus have been targeted by Muslim vandals in West Bengal.

This time, it is in the Gangapur village in the South 24 Parganas district, Bhangar I Block. The following is a brief report of the incident.

Where
Gangapur village, South 24 Parganas district, Bhangar I Block. This falls in the jurisdiction of the KLC police station.

What
A mob of about 500 Muslims armed with swords and other lethal weapons have begun bullying the local Hindus and have started construction of a mosque illegally in an area that is 100 per cent Hindu. What’s more, there is a Hindu temple where thousands of Hindus offer puja at barely a distance of 20 feet from where the illegal-mosque building work has begun.

A police force has been deployed to the spot but it has done nothing to stop either the illegal activity or the Muslim mob.

Plight of Hindus
As with the case of the Hindu victims of Panchla, the Hindus of Gangapur have been rendered helpless in the face of wanton aggression by Muslim mobs. A petition signed by 1050 Hindus from four nearby villages has been submitted to the District Magistrate but no concrete action appears to have been taken.

Who
According to firsthand information from the ground who wrote to IndiaFacts, it is said that the Trinamool Congress leader and President of Bhangore block TMC, Arabul Islam is behind this move to construct the mosque illegally.

Arabul Islam is known to have a notorious record. He has several serious charges including attempt to murder (IPC Section 307) against him. In 2012, he was apprehended for attempting to murder the senior Communist Party of India (Marxist) MLA Abdur Razzak Molla, and has several non-bailable offences to his account.

Outcome
At the time of writing this report, it is learnt that a heavy contingent of police led by the Additional SP reached the spot, and halted the illegal construction. This action was possible because Hindus gathered there in large numbers to protest and resist the construction as well as the bullying.

However, the situation in Gangapur continues to remain tense.

As usual, the mainstream media has opted to remain mum on the issue.

You can call the following numbers of police personnel from wherever you are politely but firmly inquire about the status of the issue. It has been proven several times that public pressure will force the police and the administration to act.