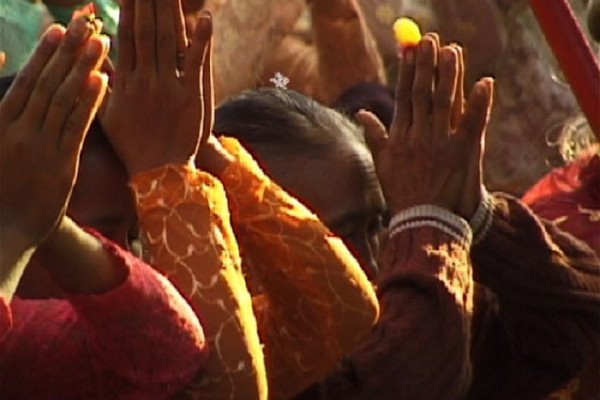 An idol of Balarama, which is said to have been around 500 years old, has been stolen from Ramsar village belonging to the Nasirabad sub-division in Ajmer, Uttar Pradesh. The theft happened at the temple of Chomalisa, as per the reports published on April 3.

An Ashtadhatu idol of Goddess Janaki has been stolen from the Ram-Janaki temple in Azamgarh, Uttar Pradesh. The temple was constructed in 1835 CE. The idol of Janaki measured one and a half feet tall and weighted around ten kilograms. As per the reports published on April 3, the theft was committed by two people who had come on a bike pretending to perform a puja at the temple.

According to reports published on April 5, Bijapur district BJYM president Murlikrishna Naidu was shot at by Naxalite ultras in Bhairamgarh town in Chhattisgarh at around 8 pm when he had gone to a temple renowned as Bhairamgarh Durga Mata Temple. The Naxallites stormed into the temple and fired two bullets on the BJP leader.

A bomb attack, allegedly by the Marxist goons, on the residence of TK Padmanabhan, BJP state committee member in Kerala was foiled. According to reports, a country bomb was planted in Padmanabhan’s residence, which did not explode. The bomb was discovered by Padmanabhan’s wife, while she was cleaning the yard.

A curfew was imposed on April 15th night in four police station areas of Bokaro district in Jharkhand, after communal violence broke out sparked by pelting of stones at a Ram Navami procession by some Muslim miscreants. The incident took place on National Highway 23 in Siwandih area of Bokaro.

An angry mob of dozens of Muslims set fire to a Hindu temple in a southern Pakistani city Larkana over the alleged desecration of a Koran, officials said on April 17, according to the published reports.

A court in southern Bangladesh sentenced two Hindu school teachers to six months in jail for allegedly making abusive remarks about Islam that led a mob to attack their school, a magistrate said on April 26.

Three assailants sped up to a Bangladeshi tailor’s shop by motorcycle on April 30, dragged out the Hindu owner and hacked him to death, police said, in an attack claimed by Islamic State.