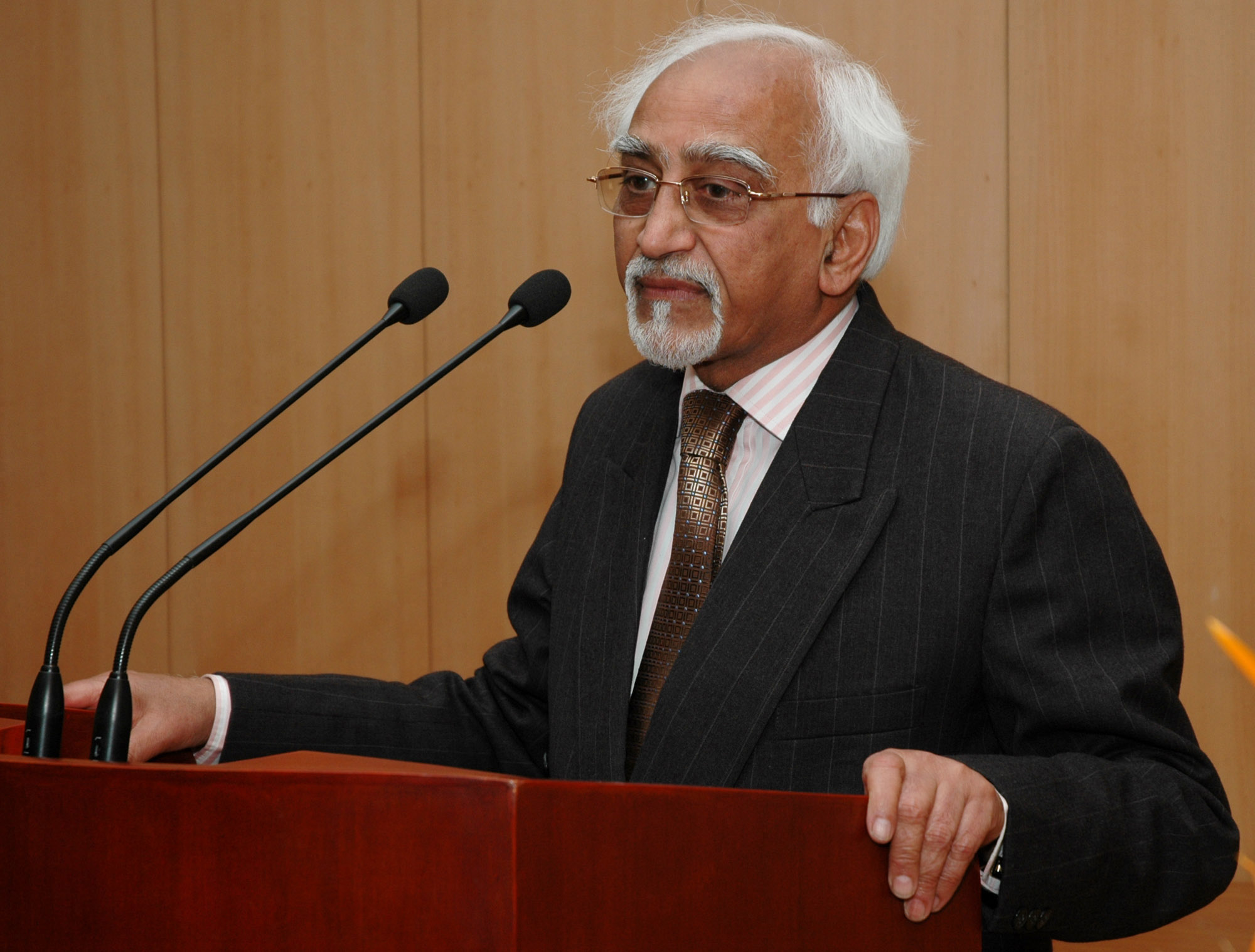 Well, the Indian Vice President and scholar Mohammed Hamid Ansari did exactly this the other day in New Delhi when he addressed the golden jubilee function of a relatively unknown Muslim institution with a typical long name.

It’s known that despite being non-committal about his political party affiliation, he is, in fact, the grand nephew of a former Congress President, Mukhtar Ahmad Ansari, one of the leaders of the Indian independence movement.

It is also known that it was the Congress UPA-Left government which appointed him as the chairman of the country’s National Commission for Minorities in March 2006, and a year later him its Vice President candidate in 2007, a post he has held since then.

Ansari, 78, has also been the blue-eyed boy of the Congress, having been made India’s envoy to various Muslim majority countries. And, of course, Ansari is a West Asia scholar who has written on the Palestinian issue and taken positions inconvenient to the Indian official line on Iraq and Iran. He questioned India’s vote in the International Atomic Energy Agency on Iran’s nuclear programme.

In short, his Congressi secularism leaning towards the Muslim community is proven beyond doubt. It must be recorded that Ansari did not qualify for the Indian Foreign Service in 1961 on the basis of any quota or reservation system.

The pity is that as a scholar on Muslim matters, he seems to have totally forgotten the views of another Congress scholar, Rafiq Zakaria, a long-time minister in the Maharashtra government, who, after the Godhra riots, wrote a must-read book for all in the Congress party and all who worry about the state of the Muslims in India.

In his book “Communal Rage In Secular India” (Popular Prakashan, September 2002) Dr Zakaria devoted the entire last chapter to “What Muslims Should Do?”, and accepting that there is a great deal of anxiety among Indian Muslims who believed there is little they can do to save themselves, he recommended the following.

Finally, the punch line. “What Indian Muslims have to understand is that eventually it is not their leaders but they themselves who will have to make their destiny.”

Those words of Dr Zakaria are true 13 years after they were published. He spoke like a pure secular person.

Contrast this what our secular nation’s current Vice President said the other day. And there lies the difference secularism and pseudo-secularism.

By the way, Sabke saath” really means “Support of all” while  Mr Ansari’s Subke saath means “With all” It’s a nuanced, subtle difference, like the difference between “secular” of the Congress and the “secular” of Dr Zakaria.