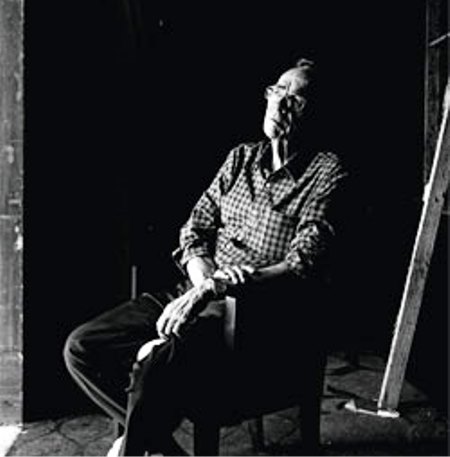 In an interview in the ThinkFest edition of Tehelka, historian Richard Eaton makes the following assertion:

The total number of temples that were destroyed across those six centuries (from 1000 to 1600) was 80, not many thousands as is sometimes conjectured by various people.

Muslim rulers initially came to India attracted by its enormous prosperity. However, from the very early invasions, they not only looted prosperous kingdoms and temples, but made it a point to destroy Hindu temples obeying the diktats of Islam. Equally, they built mosques using the material of the demolished temple.

Eaton, in the interview, claims that only those temples which were “politically relevant” were destroyed.

Those that were politically relevant — patronised by an enemy king or a formerly loyal king who becomes a rebel — only those temples are wiped out..

However, there’s a wealth of evidence that shows that a lot of temples were indeed destroyed during the same time that Islam entered India.

The Sultan gave orders that all the temples should be burnt with naphtha and fire and levelled with the ground.

Considering that he gave orders to destroy all the temples, that in itself raises the suspicion about Eaton’s claim of 80 temples. Assuming he didn’t manage to reach Eaton’s number, there were other Muslim kings who followed Ghazni and his precedent.

Manuscripts still preserved at the Bikaner Museum in Rajasthan throw some corroborative light. The Mughal emperor Aurangzeb had ordered the mass destruction of temples in his region. Here is an extract from Aurangzeb’s firman to the effect.

… Saiyid Faulad Khan was thereupon ordered (by the Emperor) to send one hundred beldars to demolish the Kalka temple and other temples in its neighbourhood which were in the Faujdari of the Khan himself; these men were to reach there post haste, and finish the work without a halt,” says one manuscript dated Sept 3, 1667.

Following that, Aurangzeb issued a general order to destroy all temples on 9 April, 1669.

“The Lord Cherisher of the Faith learnt that in the provinces of Thatta, Multan and especially at Benaras, the Brahmin misbelievers used to teach their false books in their established schools, and their admirers and students, both Hindu and Muslim, used to come from great distances to these misguided men in order to acquire their vile learning. His Majesty, eager to establish Islam, issued orders to the governors of all the provinces to demolish the schools and temples of the infidels, and, with the utmost urgency, put down the teaching and the public practice of the religion of these unbelievers…

Further, an inscription at the Quwwat-ul-Islam mosque in Qutb Minar says:

This fort was conquered and the Jami Masjid built in the year 587 by the Amir, the slave of the Sultan, may Allalh strengthen his helpers.  The materials of 27 idol temples, on each of which 2,000,000 Delhiwals had been spent were used in the (construction of) the mosque…

Plenty of such evidences can be found across India, spanning a period of about 1200 years. Indeed, even as late as the 18th century, Tipu Sultan alone had destroyed a few thousand temples in just south India. The British East India Company official Lewis Rice in his Mysore Gazetteer mentions that Tipu had destroyed as many as 8000 temples, a fact corroborated by Colonel R.D. Palsokar in his study of Tipu.

Equally, there is a huge amount of literary evidence to support the fact of large scale temple destruction by medieval Muslim rulers. Ibn Ferista, who lived between 1570 and 1612 AD, says the following about Mahmud of Ghazni while talking about his conquest of Punjab:

On breaking a great temple situated there, the ornamented figure of a lion came out of it, which according to the belief of the Hindus was 4000 years old…The Brahmans said that as the god was angry with the idols Mahmud had broken, he did not come to their help…

All the references cited above are derived from primary sources: that is, the accounts written by court historians of these medieval Muslim rulers and the firmaans (royal orders) issued by the rulers themselves. And this is just the tip of the iceberg. In this context, it is pertinent to recall the words of the scholar-historian S.R. Goel who has written a two-volume history of Hindu temple destruction entitled Hindu Temples: What Happened to them. At the end of the second volume, S.R. Goel says:

Starting with Al-Bilãdhurî who wrote in Arabic in the second half of the ninth century, and coming down to Syed Mahmudul Hasan who wrote in English in the fourth decade of the twentieth, we have cited from eighty histories spanning a period of more than twelve hundred years. Our citations mention sixty-one kings, sixty-three military commanders and fourteen sufis who destroyed Hindu temples in one hundred and fifty-four localities, big and small, spread from Khurasan in the West to Tripura in the East, and from Transoxiana in the North to Tamil Nadu in the South, over a period of eleven hundred years. In most cases the destruction of temples was followed by erection of mosques, madrasas and khãnqãhs, etc., on the temple sites and, frequently, with temple materials.

Indeed, this two-volume work is perhaps the most comprehensive work ever written on the subject. After such an exhaustive examination of primary sources, S.R. Goel comes up with the following (emphasis added):

Mahmûd of Ghazni robbed and burnt down 1,000 temples at Mathura, and 10,000 in and around Kanauj. One of his successors, Ibrãhîm, demolished 1,000 temples each in Hindustan (Ganga-Yamuna Doab) and Malwa. Muhammad Ghûrî destroyed another 1,000 at Varanasi. Qutbud-Dîn Aibak employed elephants for pulling down 1,000 temples in Delhi. Alî I Ãdil Shãh of Bijapur destroyed 200 to 300 temples in Karnataka. A sufi, Qãyim Shãh, destroyed 12 temples at Tiruchirapalli. Such exact or approximate counts, however, are available only in a few cases.

The last sentence is revealing. The numbers that S.R. Goel gives in just six cases add up to 15212, which surpasses Richard Eaton’s claim by 15132 temples!

It is clear that Eaton has indulged in one of the following:

1. He has deliberately suppressed the actual count of the number of Hindu temples destroyed by medieval Muslim rulers because he claims that he has gone through the evidence and inscriptions.

2. He is ignorant of medieval Muslim history of India.

It is hard to believe #2 given how Tehelka  mentions him as the “Wikipedia, the Google and, many would argue, the last word on medieval and Islamic history in India.” Indeed, there is no doubt that Eaton is a history scholar. Therefore, the inescapable conclusion is that Richard Eaton has deliberately distorted the number of Hindu temples destroyed by Muslim rulers. What’s also noteworthy is the fact that Eaton does not present a shred of evidence in the interview to back his 80-temples-destroyed claim!

It would perhaps be forgivable if such historical distortion was indulged by a lay person but when done by a veteran scholar who is described as the last word, it is nothing short of an intellectual crime.