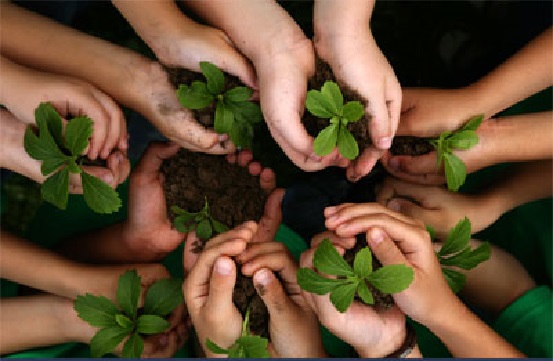 The Washington DC-based Hindu American Foundation in partnership with the Bhumi Project, based in Oxford University, are hosting The Hindu Environment Week (HEW), an international event to honor Matru Bhumi or Mother Earth.

“The purpose of Hindu Environment Week is to increase the global Hindu community’s engagement with critical environmental issues. The aim is to have Hindus volunteer at events where they can discuss climate change, hike in a national park, or clean up their local temple grounds,” Sri Vani Ganti, Director of Member and Chapter Relations at the H.A.F., told this correspondent. She added,“Hindu scriptures focus a great deal on Mother Nature, or Matru Bhumi, and how we should honor her for all the resources she provides us, so environmental activism is a natural fit.”

Ganti said,“Our hope as Hindu Americans is to find solutions within our ancient teachings to address the most pressing environmental issues of our time and proactively incorporate these teachings — teachings such as seeing nature as a manifestation of the divine, living in moderation and in a non-harming way — into our daily lives.” But she conceded since this is the first year that programs have happened across the country, it’s difficult to gauge the level of impact HEW will have in the U.S. or within the Hindu American community.

The week kicked offTuesday in Houston where the HAF’s local chapter handed out reusable grocery bags during the Durga Bari Society’s Maha Shivaratri worship.  Three other events will be held in Oakland, California; Tampa. Florida; and Ann Arbor, Michigan; on Saturday.

As part of the observance, volunteers will help restore Oakland zoo, which is in shambles due to U.S. budgetary cuts. The HAF’s Northern California chapter will be joining dozens of volunteers to restore the zoo by refurbishing the gardens and exhibits.  The program starts at 8.30 am at the Oakland zoo. In Tampa, HAF volunteers will help clean the local temple premises while in Ann Arbor Michigan, HAF and the South Asian Awareness Network (SAAN) will screen The Story of Stuff and learn how mass consumerism is negatively impacting the environment.

According to Ganti, the Bhumi Project spearheaded Hindu Environment Week by reaching out to Hindu-based organizations globally. The Bhumi Project and the Hindu American Foundation have been working together for the past few years — one such endeavor was the Bhumi Pledge, which aims to create a worldwide movement of young Hindus who are committed to caring for the environment

The  HEW aims to engage University students,but many members of the community are also participating.  “No matter the participant’s station in life, HEW encourages them to put into practice the ancient Hindu teachings about respecting and protecting nature with simple lifestyle choices including Meatless Mondays, walking or biking to class instead of taking public transport, or cleaning local parks,” Ganti said.

On its web site, the Bhumi Project describes itself as a worldwide Hindu response to the environmental issues facing the planet. The initiative is facilitated by the Oxford Center for Hindu Studies in partnership with the Alliance of Religions and Conservation. H.A.F.’s Ganti explained theHindu Environment Week is the brainchild of Oxford University based Bhumi Project. Hindu Environment Week (HEW) was first celebrated in 2014 with over 5,500 people participating primarily at Hindu holy sites in India. Now in 2015, HEW has become a larger global effort with events being held in India, United Kingdom, and United States.” Ganti said

According to a CNN report in America, Hinduism’s profile was elevated by Indian immigrants who brought their customs and rituals with them and perhaps most recently, by the growing popularity of Hindu teachings like yoga and meditation. The H.A.F. has over the past decade worked hard to debunk the myths about Hinduism, including one that says Hindus believe in 330 million Gods.

Equality vs. Nature: How Hierarchy can Help us Save the Planet