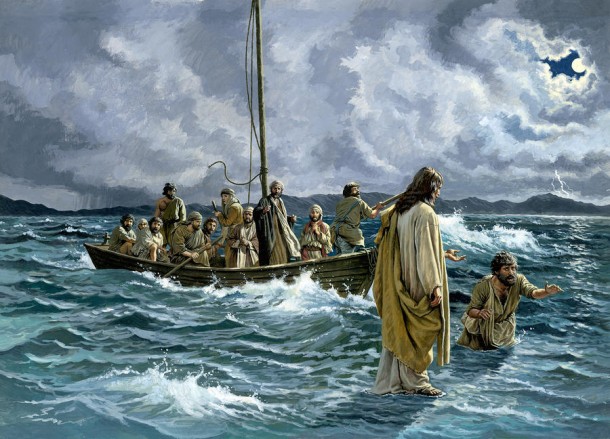 This article explores the Biblical euphemism for conversion—fishing for men—and tries to place it in the context of evangelical organizations that operate in India.

18 – And Jesus, walking by the sea of Galilee, saw two brethren, Simon called Peter, and Andrew his brother, casting a net into the sea: for they were fishers.

19 – And he saith unto them, Follow me, and I will make you fishers of men.

20 – And they straightway left their nets, and followed him.

It is illustrative to note that seeking and converting people is couched in the terms of what is essentially a predatory activity: fishing. We have observed that the formula for conversion by evangelical Christians in India faithfully follows this dictum, in principle and practice.

The first step is the bait, the benign face, for attracting the neophytes. Once they are in the fold, the next step is to pull in the line, through miraculous working of a more dramatic kind. This final coup-de-grace is delivered through fear, showing the fearsome face of ‘the Devil’ and threatening dire consequences for the Afterworld.

The target are vulnerable people, afflicted by disease, poverty, social exclusion and any type of misfortune. They are bombarded by frequent messages of a positive nature reinforcing a promise that accepting Jesus will rid one of their misfortunes.

Evangelists are allowed unfettered access to Government hospitals and prisons.This is where one can find people at their most vulnerable. These people are given messages of the joy that awaits them if the start attending services.

Similarly, reports are emerging of missionary activity targeting the Yezidi affected by the genocidal designs of the ISIS.[3]

Targeted prayers for people who have trouble in business, people who have got into debts, people in poor health, marital troubles, and childlessness are some of the problems that evangelists pray for.

Representative examples can be found here:

Unlike what people normally assume, the elite in India go through largely the same problems as the middle class: ll-health, financial difficulties and problems in relationships. The only difference is in the means of reaching them. Missionaries in India have built an extensive network by occupying key positions in the media and in HR of large companies.

Pulling in the line

The next step is ‘shock and awe’ –that is, indulge in miracle-working and exorcism.Again, the targets are usually the same gullible people that are taken in by multi-level marketers, bogus chit-fund companies and fake sanyasis.

[pullquote]Evangelists are allowed unfettered access to Government hospitals and prisons.This is where one can find people at their most vulnerable.[/pullquote]

Although much of this is carried out in the open, the mainstream avenues of public discourse like TV channels, newspapers, cinemas and political outfits choose to give it a blind eye.

An example is that of Brother Anil Kumar, an evangelical preacher who operates in Telangana and Andhra Pradesh, and who is connected by marriage to the deceased AP Chief Minister Y.S. Rajashekhara Reddy’s family. Here are some instances of his deceit carried out in public:

Large fish, after being hauled in, often have to be harpooned to finally kill them. In the case of conversions, the equivalent is the fear of burning in hell forever and eternal damnation.

This is usually coupled with millennial predictions of the coming End of the World, to induce fear into ‘sinners’ and scare them into conversion. This is an established procedure, especially in the Baptist Church. [4]

[pullquote] Missionaries in India have built an extensive network by occupying key positions in the media and in HR of large companies.[/pullquote]

For a culture steeped in concepts of the Cycle of Time and frequent destruction and regeneration as India, this is far less of an effective technique. Anyone who grew up in Tamil Nadu in the ‘60s and ‘70s can tell you of the days when evangelists used to wait outside temples, loudly assailing devotees with cries of ‘PaavigaLe! PaavigaLe!’ (Sinners) over a loudspeaker. It soon became something of a joke and the missionaries have changed tactics since then.

It is indeed particularly sad that Hindus, especially well-educated ones, have become susceptible to such irrational preaching in recent times. One might do well to heed the warning of the primary texts – the Shruti – with respect to false teachers –

Verily, the source of the net of delusion (moha) is the fact of the association of one who is worthy of heaven with those who are not worthy of heaven. That is it. Although a grove is said to be before them, they cling to a low shrub.

And moreover, there are others who are town-beggars, who perform the sacrifice for the unworthy, who are disciples of Śūdras, and who, though Śūdras, know the Scriptures (śāstra).

And moreover, there are others, who are rogues, who wear their hair in a twisted knot, who are dancers, mercenaries, religious mendicants, actors, renegades in the royal service, and the like.

And moreover, there are others who say ‘For a price we allay [the evil influences] of Yakshas (sprites), Rākshasas (ogres), Bhūtas (ghosts), spirit-bands, goblins, serpents, vampires, and the like.’

And moreover, there are others who falsely wear the red robe, ear-rings, and skulls.

And moreover, there are others who love to be a stumbling-block among believers in the Vedas by the stratagem of deceptive arguments in a circle, and false and illogical examples.

With these one should not associate. Verily, these creatures are evidently robbers, unfit for heaven.

Maitri(Maitrayani) Upanishad of the Yajur Veda 7.8[5]

Similarly, the wise Acharya Kautilya has taught of the means by which hostile forces use gullible people’s faith in the supernatural to effect conquest. It bears reproduction in full:

Modern Hindus would do well to learn from the ancient teachings and guard against such predatory attempts at conversion.

Pope Francis: an eyewash or a new beginning?