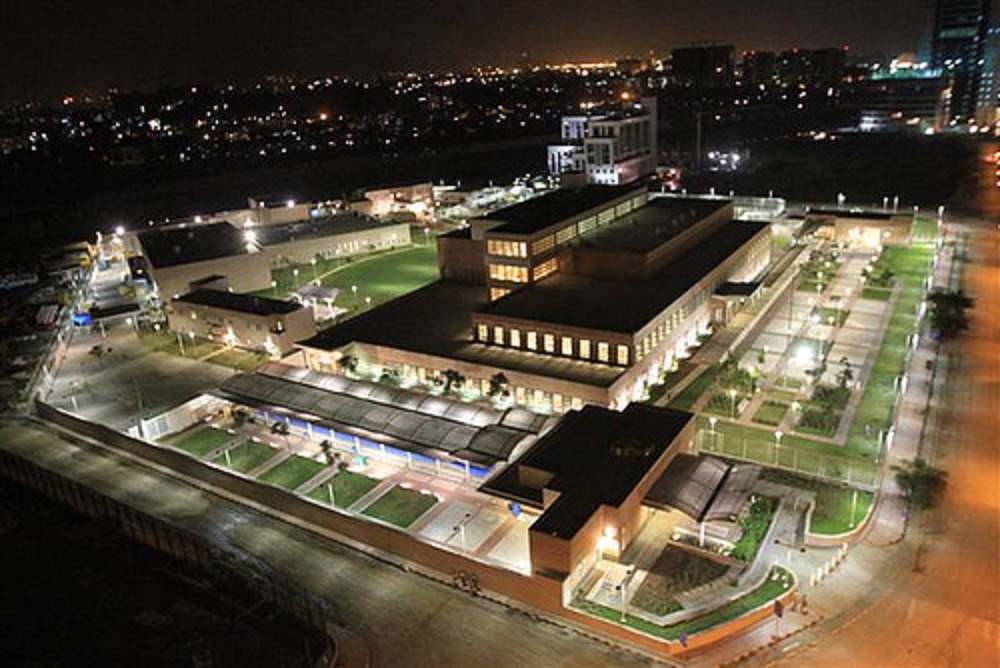 The graphic below is an invitation printed in the US Consulate General’s name (in Mumbai) giving information about an event the U.S. Consulate General has organized on the 16th of March in Mumbai. The event is a panel discussion on a topic titled “Women Security in India: Understanding your Legal and Civil Rights.”

As we have witnessed recently, the United States has taken upon itself to act as a teacher and adviser to India on issues ranging from secularism, women’s rights and freedom of expression. Some commentators opine that because India is a fast-growing economy, the US is giving friendly “tips” to India because it wants world’s largest democracy as its ally. Even if that ‘excuse’ is valid, then shouldn’t this teacher-adviser business be a two-way street?

The US Consulate in Mumbai may also note this gem of wisdom from Rick Santorum who was a candidate in the Republican presidential field in 2012:

I think the right approach is to accept this horribly created — in the sense of rape — but nevertheless a gift in a very broken way, the gift of human life, and accept what God has given to you. As you know, we have to, in lots of different aspects of our life. We have horrible things happen. I can’t think of anything more horrible. But, nevertheless, we have to make the best out of a bad situation.

Based on these kinds of statements and the aforementioned statistics, the US Consulate in Mumbai can very well carry out such panel discussions on the abysmal treatment of women in its own country.

[pullquote]Does the Indian government show the widespread abuse of women there and the fact that the world’s only superpower is also the land which tops the rapes chart list?[/pullquote]

But thankfully, as believers in democracy and following traditions of decency and non-interference in a sovereign nation’s internal affairs, the Government of India is decent enough to let the US administration take care of the shocking treatment of women and rapes in its country.

Now we can look at the panelists invited to this so-called event:

The event is moderated by Aarefa Johari, a journalist associated with scroll.in, a far-left online media venture whose open antipathy towards Prime Minister Narendra Modi and his party, the BJP, is well-known.

All of this naturally begs the question: wouldn’t it have been fitting to invite someone from the Government to give the government’s perspective? Or at any rate, in the interest of transparency, why not reveal the ideological affiliations of the panellists?  Or if the answer is that this panel discussion is a private event then this question arises: why is it being sponsored by the US Consulate under its own banner?

Indeed, in light of recent events, it doesn’t take much to understand what the Consulate is doing and why it has selected the topic it has. This must be examined in the light of the purposeful mischief created by the BBC which aired the agenda-driven film, “India’s Daughter,” last week, and which is scheduled for release in New York later this year.

The names and fronts of the sponsors of this documentary, which includes Hillary Clinton makes the anti-India agenda of the US-UK clear. Which is also unsurprising given how Hillary Clinton has repeatedly interfered in and tried to stall among other things, the Kudankulam nuclear power plant. The noted commentator Rajeev Srinivasan describes this ruthless anti-India propaganda and all-out attack by the US-UK as the “US Deep State,” whose blind follower is the UK. Apart from trying to shame India on the international stage, the motive also seems to be to make Indians feel ashamed about their own culture and society through relentless propaganda, eventually leading to the breakup of the Indian society.

The Indian Government must not tolerate this sort of destructive propaganda-driven panel discussions on its own soil and must warn the US Consulate General against such interference and mischief. India has enough and more agencies, bodies, organizations and institutions both in the private and public sector who can educate our women about their legal and civil rights. The US Consulate General must purely stick to diplomatic functions.

Or India must respond in kind—the United States must not be surprised or outraged if the Indian Consulate organizes similar events in Washington and New York involving activists from ACLU while taking inputs from media houses like Fox News and MSNBC.