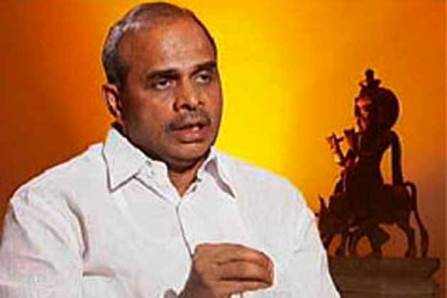 Note: This is a guest article contributed by IndiaFacts reader Ashok.

Imagine the hue and cry that would erupt if Narendra Modi just as much as mentions the Hindu word: the whole nation will decry his “majoritarian communalism.” Indeed, any mention about promoting Sanskrit or Yoga by the BJP also constitutes communalism.

However, here is a website that I accidentally stumbled upon: christianminorities.ap.nic.in. This is run and maintained by none other than the Andhra Pradesh Government. We have a minority ministry at both the centre and in the states. However, it is quite a revelation that in Andhra Pradesh there is a special status solely for Christians. The contents of the website leaves no doubt as to the extraordinary status enjoyed by the Christian minority in Andhra Pradesh. Click the graphic for a larger version.

Let us begin with the welcome note displayed on the website itself:

The Andhra Pradesh State Christian (Minorities) Finance Corporation has been formed in November 2008. The main objective of the corporation is to assist the Christians community for their socio-economic development in collaboration with Banks and other Development Agencies. The Source of funding for the corporate is from Government of Andhra Pradesh.

Next, we note the various schemes mooted by this corporation:

Till 2009, the Andhra Government used to give a subsidy to Christians to undertake a pilgrimage to Jerusalem. In July 2009, the High Court stayed the state funding of this subsidy. It seems that the court has vacated the stay, but the website says it has been stopped.

There is yet another scheme to felicitate eminent Christians in Andhra. What does this mean? That a Secular Government is felicitating eminent personalities of a particular religion only? The following is the notification of that scheme:

A P State Christian (Minorities) Finance Corporation, Minorities Welfare Department, Government of AP solicits nominations from Heads of Churches, Christian Institutions, Community Leaders etc., for felicitating eminent Christians who have excelled in different fields of life and rendered exemplary services for the last 10 years in secular areas like 1) Social Work (2) Education (3) Literature (4) Medicine (5) Fine Arts/Theatre at the time of Christmas High Tea Programme hosted by the Government of AP through General Administration Department during December 2013. Those selected will be felicitated with a cash award of Rs.10,000/- along with a plaque in recognition of their services.

The majority-minority concept in India itself is a flawed one. Minority protection presupposes a strong, proselyting and united majority. But in India Hindus are not a united majority; instead they are divided into groups and subgroups. Here the majority community is a collection of thousands of minority groups who are less in number than Muslims and Christians. Hinduism is not a proselyting religion which propagates that other religions are false.

The aforementioned schemes are perfect examples of how brazenly communal and discriminatory schemes which are unconstitutional, are introduced in the name of secularism. Secularism nowadays, is even a defence for trying to get away with rape. Case in point: the eminent journalist who is now behind bars facing charges of rape.

It is both outrageous and unfortunate to see the Congress party, which wears secularism on its sleeve engaging in the open rape of the Constitution of India through such shameless communal schemes.