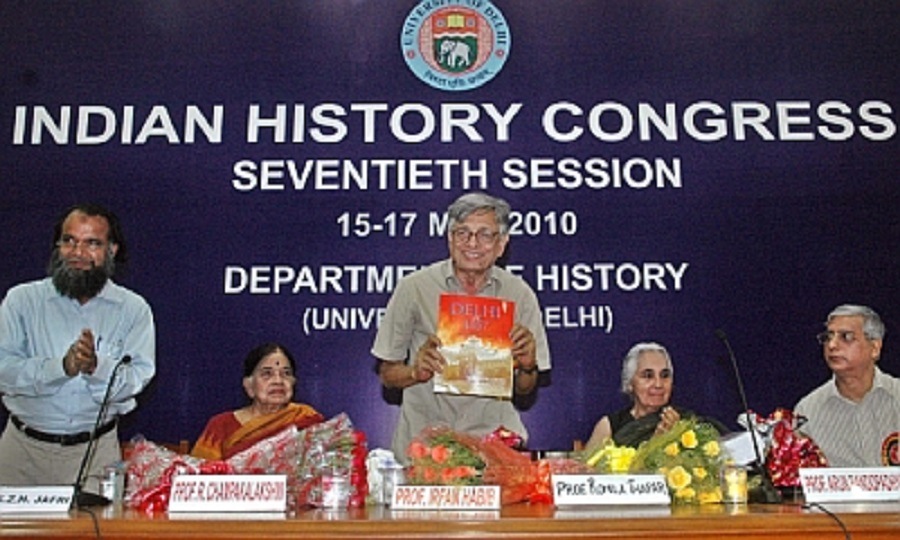 From a lecture by former JNU Vice-Chancellor Prof. Kapil Kapoor before the Indore-based India Inspires Foundation, I have to relate a particularly relevant part, viz. about our Indian “intellectuals”. Any mistakes in my rendering are of course mine.

These intellectuals are to be distinguished from Hinduism’s traditional men of knowledge, or Rishi-s. The Rishi-s were devoted to the welfare of society, and they encouraged responsibility, self-reliance and cheerfulness. By contrast, our present “intellectuals” are only Buddhi-Jivi-s, those who “use their intellect to make a living”.

They have certain typical characteristics:

* They are worried, with a perennially worried look on their carefully careless-looking faces. They think that everything is bad, particularly all that really or allegedly stems from Hindu religion: caste, sati (even though the Sati after whom the custom was named, set herself on fire while her husband Shiva was alive, and even though all Hindu scriptures from the Rg-Veda on down condemn this rare Rajput practice), superstition etc. They worry about minorities and gender, and about the environment: whatever Hindus do, is polluting. Thus, while their consumerist lifestyles are above criticism, Hindus throwing around coloured powder on Holi are harming the ecosystem. Nowadays they worry about the farmers, even though they can’t tell a hoe from a plough.

* They have a sense of bad luck. Thus, why did they have to be born in a poor “developing country” rather than in America? (Well, at least the status of “developing country” is useful in so far as it keeps the donations coming, which money is then funneled towards the established intellectuals so that their children can get Ph.D.s in America.)   They bemoan everything. They are like Rudali-s, professional mourners; except that Rudali-s only mourn at a occurrence of a real loss, a king’s death or so, whereas these intellectuals mourn all the time. Shiites flagellate themselves on Muharram to mourn Hussain’s defeat; these intellectuals have a Muharram every day.

* They suffer from a Hanuman complex. Hanuman was so strong that the gods were afraid of him and cursed him to forget his strength until someone would remind him. So, they forget about the past glories of their own civilization. The first European travelers wondered why the Indians had no maps; well, because maps are for people who have to go elsewhere because they need something from there, but Indians had everything in their own country. Our intellectuals see only the poverty that Islamic and British colonization and Nehruvian socialism have wrought (which they falsely attribute to Hindu influence, terming Nehruvian economic failure the “Hindu rate of growth”). They are always appealing for state intervention, like today’s middle class, who always ring up for help; or like the Devata-s (gods) in the Puranic myths, helpless before their Asura (demon) enemies. It is always the Asuras who are self-reliant, while the  Devata-s are only there to shower flowers.

* They have a Tittiri complex. The Tittiri is a Indian bird that sleeps on its back with its feet skywards, as if supporting the heavens so that they don’t fall. Likewise, the intellectuals think that their enduring concern is needed to save India.

And a little extra to cap it all: intellectuals are good at talking about a book without having read it. This they call “meta-study”. Or as their hero Ayatollah Khomeini said about Salman Rushdie’s novel The Satanic Verses: “You don’t need to jump into a dung heap to know that it stinks.